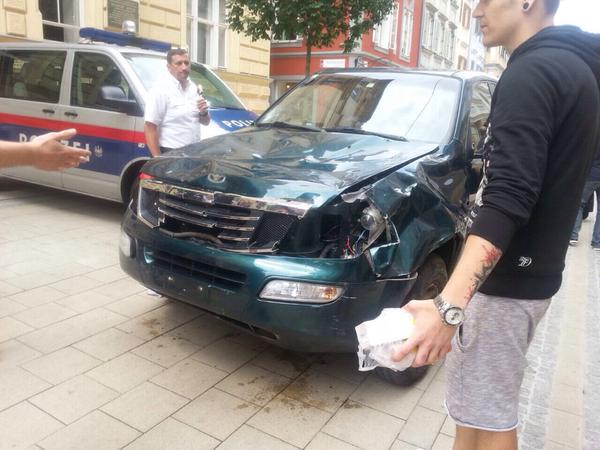 At least three people are dead and up to 34 injured after a 26 year old Austrian truck driver plowed his Daewoo Rexton SUV into a crowd gathered for this weekend’s Austrian Grand Prix in nearby Graz.

Upon getting out of his 4WD the driver in unconfirmed reports is said to have then gotten out of his SUV and attacked people with a knife.

The governor added that the driver’s actions had ‘no explanation, and that there is no excuse.’

When asked whether the man had any psychological problems, a Graz police official, Kurt Kemeter, said: ‘Of course there would have been problems.’

He said the man, a married man of Bosnian origin with two children, gave himself up to the police after the incident.

It would be noted that the man was known to police for domestic violence and that his marriage was on the brink of collapse.

It would also be disclosed that the man had been under a restraining order keeping him from the home of his wife and two children after a domestic violence report against him was filed last month.

Police relayed there was no reason to suspect any terrorist motive.

A cursory regard of the man’s automobile led to no discovery of weapons or explosives.

In the aftermath of the incident, over 60 ambulances and four helicopters responded to the incident. 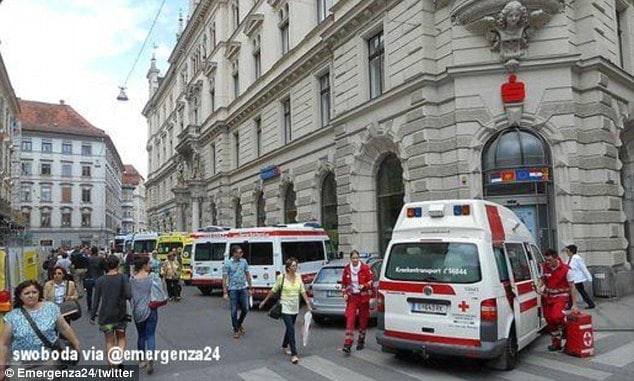 Told the city’s mayor, Siegfried Nagl and an eyewitness: ‘The driver deliberately drove into pedestrians. I myself saw a woman being run over.’

Another witness claimed the driver was doing at least 62 miles per hour when he hit the crowd and that he saw bodies on the ground.

A police source would later say the driver showed symptoms of “psychosis”.

Of question is whether the man had deliberately driven is his car into the throng of gathered people or whether he had lost control of his automobile?

Prior to plowing into the crowd, the man is reported to have hit a cyclist.

Among the dead included a  7-year-old boy with six of the victims still in critical condition.

Graz is Austria’s second largest city, and is about an hour drive from the Red Bull Ring, this week’s destination for the Formula 1 circus. 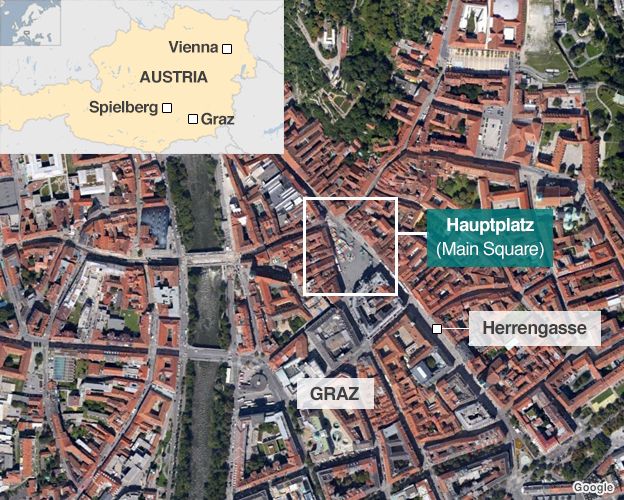