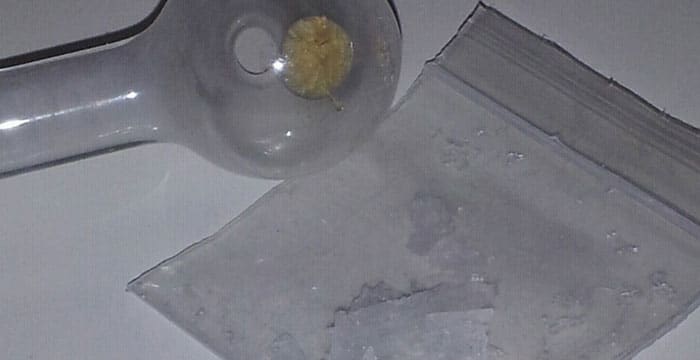 An unnamed ice addict in a hospital emergency department gouged out his own eyeballs and ate them told Federal Liberal MP Karen McNamara at an Ice Summit on Australia’s Central Coast.

Told the politician to a packed auditorium: ‘There is nothing at all recreational about this drug,’

‘Let me tell you a story that demonstrates this … about a young boy taken into an emergency department for treatment who gouged out his own eyeballs and ate them,’

“We have to get these kinds of stories out to young people — this is not a recreational drug.’

According to a report via Australia’s dailytelegraph the incident occurred at John Hunter Hospital at Newcastle, 3 hours north of Sydney.

Cheaper than other drugs including heroin and cocaine which often have to be imported from far away lands and sometimes being peddled off for up to $400 AUD for a gram (compared to $40- 50 in NYC) users looking for a fix are drawn to the growing underworld of ice where the creation of drug is often synthetically made locally and for a far more cheaper price.

In some cases the availability of ice and its ease of acquisition comes as it can often be acquired at a cheaper price than alcohol which in Australia can often cost far more comparatively than what it does in the United States.

The summit also revealed the necessitation of ‘killer doses’ to sedate users brought in to emergency.

Offered Dr Kate Porges the head of Gosford and Wyong hospitals emergency departments: ‘The doses are six times what we’d give the average person,’

‘If I gave you this sort of dosage, you’d be dead.’

Also disturbing are the levels of attacks on medical personnel by ice users who are said to display ‘super human’ strength and who have also threatened the lives of paramedics in efforts to sedate users in states of psychosis.

The availability of ice, and the fact it is cheaper than alcohol, further add to the challenge.

Reiterated Liberal MP Karen McNamara: ‘It really is a catch 22 – where do we start, what are the issues that are happening in society that people are getting onto these drugs – is it because they have low self esteem, low confidence, is it the family situation?’