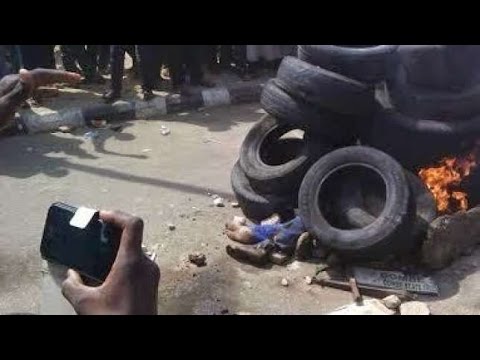 A Nigerian teenage girl has been beaten to death and set on fire after being accused of being a suicide bomber.

A second teen girl was also accused of being a suicide bomber after the teens were believed to be strapped with inflammable bottles on their bodies, leading to their arrest, at the Muda Lawal market, the biggest market in Bauchi city in north east Nigeria.

Incensed and retaliating after a series of suicide bombings at the hands of Nigeria’s Boko Haram extremist group, an irate crowd detained one of the teens, clubbing her to death before then putting a tyre over her head and dousing her on fire.

At the time of the incident, market trader Mohd Adamu said the girls refused to be searched arousing suspicion from the people who attacked them.

Nevertheless, police spokesman Mohammad Haruna said it seemed doubtful the girl was a bomber as she did not detonate any explosives when she was attacked, describing her as the victim of ‘mob action carried out by an irate crowd’. 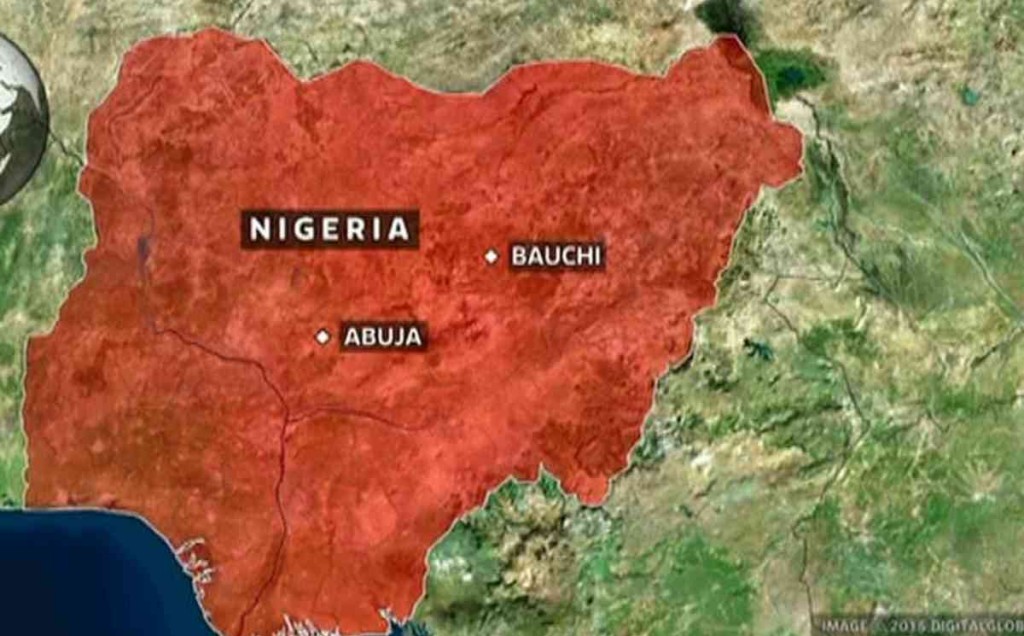 The public lynching and others like them come as retaliation to the increasing terrorist activities of militant group, Boko Haram, an Islamic group which seeks to enforce strict Islamic law across Nigeria.

Last year the terror group kidnapped hundreds of schoolgirls from the town of Chibok , sparking fears they were being used to carry out suicide bombings in the region.

Despite universal condemnation and promises to retrieve the girls, most of them remain unaccounted for.

Unrelenting, the group has increased the number of suicide attacks over the last year, particularly those involving girls and women.

Recently girls as young as ten were used to carry explosives which were then detonated in busy markets and bus stations.

In those attacks police would tell it was unclear whether the girls detonated explosives themselves or whether the bombs were being controlled remotely.

Nigeria’s President Goodluck Jonathan last week condemned Boko Haram for choosing soft targets and said the series of bombings were a response to the Nigerian military’s recent success in seizing back towns that had been in the hands of the extremists.

The group has threatened to disrupt Nigeria’s March 28 presidential and legislative elections, saying democracy ‘is a corrupt Western concept’.

In response to the escalating violence which has since spilled over to neighboring Cameroon, several thousand people yesterday took to the streets of the capital, Yaoundé  to denounce the terrorist insurgency and to call for the killing of the group’s leader Abubakar Shekau.

Over the past seven months Cameroonian soldiers have been battling the Nigerian Islamists, which are now locked in a regional fight that also includes soldiers from Nigeria and Chad.

To date Boko Haram’s six-year insurgency has left 13,000 dead, with over 10 000 alone last year along with forcing over a million from their homes with displaced persons spilling into neighboring nations with no sight of reconciliation.