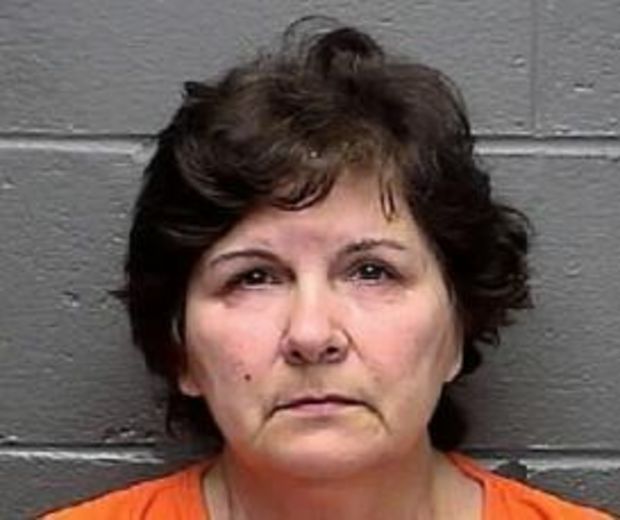 Loretta Burroughs a 63 year old Mays Landing, NJ woman has been found guilty of stabbing her husband to death and dismembering his corpse, carrying it with her in two large boxes and an olive hand colored handbag over the course of the next six years.

In her defense the woman claimed that her husband, Daniel Burroughs had run off to Florida with a younger woman but would come to be exposed when authorities arrived on her doorstep on May 17, 2013 with a search warrant in relation to a separate embezzlement case where they made the gruesome discovery of her husband’s remains.

Investigations would reveal that the woman had stabbed her husband to death, chopped up his body with a knife and saw, packing the remains in two plastic titles and dragged it with her as she moved three times over the course of six years.

Upon being asked to open the boxes, the distinct smell of decomposition overwhelmed the house.

Investigators would then note the presence of nine layers of plastic bags in alternating directions,  along with dryer sheets, air fresheners, and scented beads to mask the odor of death. Also discovered was a woman’s handbag which held the remain’s of her husband’s skull and jawbone.

A larger box contained a plastic container containing more bones, including the left upper arm and lower legs of the murdered man.

Forensic scientist Dr Charles F Siebert Jr, a forensic pathologist, would testify during trial that he saw cut marks on the ribs that were consistent with stab wounds. He determined that the person had died by homicide.

Dr Stuart Alexander, a forensic odontologist, or dentist, from Cranbury, NJ, testified that he positively identified the remains in the plastic tote as being that of the woman’s missing husband, Daniel Burroughs.

Alexander compared Burroughs’ dental records to the teeth in the skull.

Donna Fontana, a forensic anthropologist with the New Jersey State Police, testified about the condition of the bones in the boxes.

Told the anthropologist: ‘There was no gnawing from animals and no bleaching of the bones,’

‘That means the bones were in a protected environment, with no sun exposure, and not exposed to the environment where they were attacked by animals.’

Fontana then used a replica of a human skeleton and photographs to explain to the jury what had happened to the bones.

She said the right tibia, which is the large bone of the lower leg, had been cut with a knife and a saw. Because the cut edge was the same color of the bone, she said it had been sawed at the time of death.

Several vertebrae were missing, and others showed signs of trauma, including ‘linear cuts as if produced by a knife.’

Fontana testified that several of the body’s 24 ribs were also missing. Of the ribs that showed trauma, the injuries were consistent with knife wounds. One was completely fractured.

‘There is a pattern of dismemberment,‘ Fontana testified.

Dismemberment, she explained, is usually done ‘to hinder identification and for ease of transport.’ 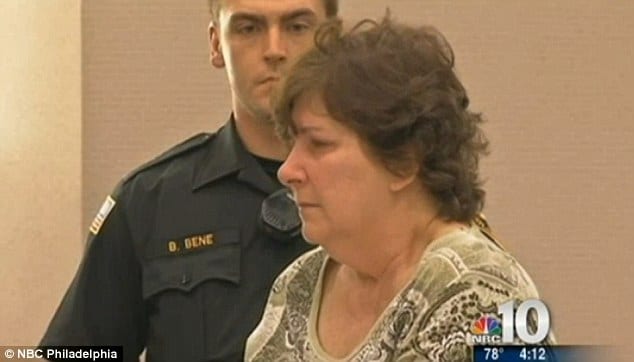 Things first came to a head when Daniel Burroughs disappeared on August 3, 2007. A few days later, Loretta told friends and family that he had left her. She said he drove off with a younger woman in a yellow Hummer with Florida license plates.

In reality, the prosecutor said, Loretta had killed him, and her gruesome plot had begun months before the murder.

In early June 2007, she asked attorney Enid Hyberg to draft a power of attorney. Loretta told the attorney that she and her husband were selling their home, but Danny was going out of town. With the power of attorney, Loretta could complete the sale, including the use of forgery where the wife is said to have forged her husband’s signature a number of times.

Pursuant to her husband’s death, the prosecutor said, Loretta used a forged document she had doctored to sell their home. The profit was $77,101.

But the money was locked up in escrow, and Danny was entitled to at least half of it. That too set off a new legal claim.

Offered the prosecutor: ‘She can’t get the money if she is married,’

‘But she can get it if she is divorced.’ 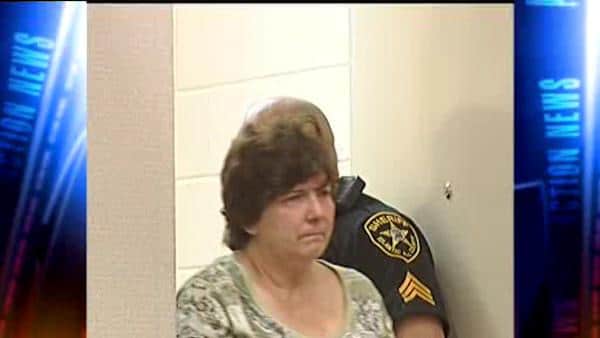 Soon after, Loretta filed for divorce on February 28, 2009, 18 months after killing her husband.

She told her divorce attorney, Daniel Alsofrom of Northfield, NJ, that her husband had moved to Florida and did not give an address. Alsofrom published a notice of her divorce complaint in the Press of Atlantic City.

Loretta received half of the money when she filed for divorce, and the other half when the divorce was finalized, Alsofrom testified.

As a result, the prosecutor said, between the profit from the house, and selling Danny’s possessions, such as his tools and his collection of remote controlled model airplanes, Loretta received close to $100,000.

‘The defendant has gotten away with it for over eight years, with nothing left but the bones,’ Levy said in his closing statement.

After two hours of deliberation, the jury convicted Loretta Burroughs of murder and hindering her apprehension.

Sentencing is scheduled for April 22 at 9 a.m.

Burroughs faces 30 years to life in prison on the murder conviction and three to five years for hindering, prosecutors say.