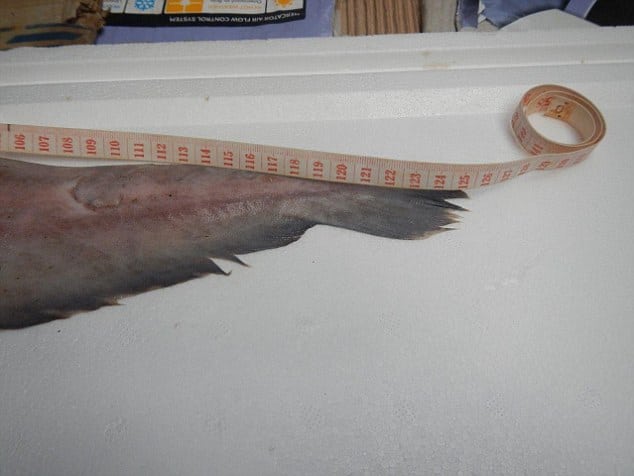 Australian fishermen off the coast of New South Wales were shocked when they hauled a goblin shark (Mitsukurina owstoni) said to be one of the most rarest shark species alive this past Thursday.

Otherwise known as vampire shark because they like dislike sunlight and harbor the darkness of the ocean floor, goblin shark typically reside on the ocean floor at a depth of 1200 meters deep.

The specimen is also known to be akin to a living dinosaur fossil told Merimbula Wharf Aquarium curators Michael McMaster and Alan Scrymgeour after the rare catch was brought to their attention.

The aqua-life experts described the species as belonging to an ‘evolutionary dead end.’ Adding that the goblin shark were the only species in its genus, which stopped evolving about 70 million years ago, during the dinosaur era.

Although not as large as a fully grown goblin shark ( the one caught was only 1.2 meters and approx two to three years old) which normally grow to a length of 3.8 meters the fishermen trawling the waters off Green Cape, south of Eden were nonetheless enthralled.

Fisherman Lochlainn Kelly, 22, who pulled up the haul said he was ‘more excited than frightened‘ when he discovered the strange creature amongst their fish haul

Reiterating: ‘We just winched up the wire and brought the net on and the shark was in the net.’

‘I wasn’t [freaked out], if anything I was pretty excited. I’ve seen photos of them before but I’ve never seen one before.’

Goblin shark find their prey using hundreds of small sensors in their ‘nasal paddle’ which detect small electrical fields produced by the crustaceans and cephalopods they feed upon.

Hinting at how the shark may have been caught, the sea life expert added: ‘A lot of fishermen have been saying that the currents are very different this year.’

Wharf Aquarium will now send the fish to the Australian Museum in Sydney for its collection. 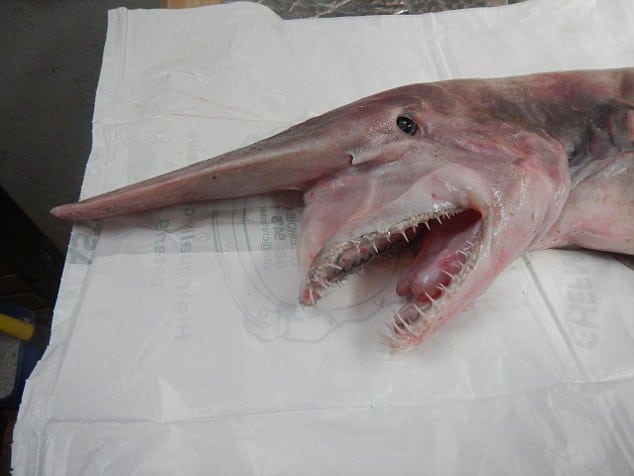 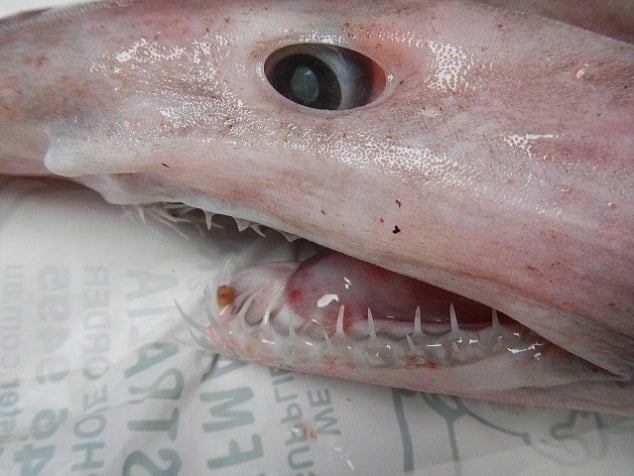 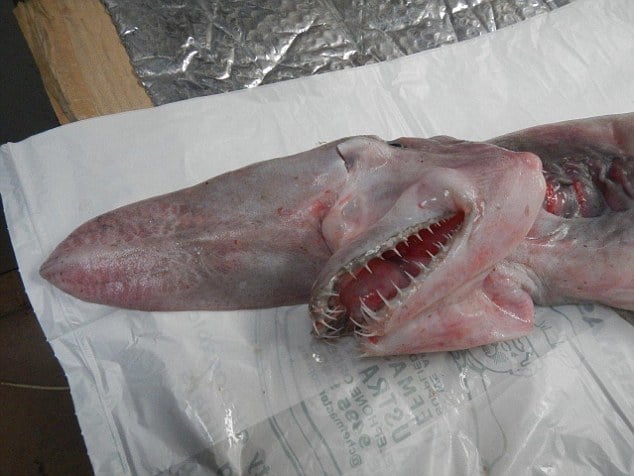 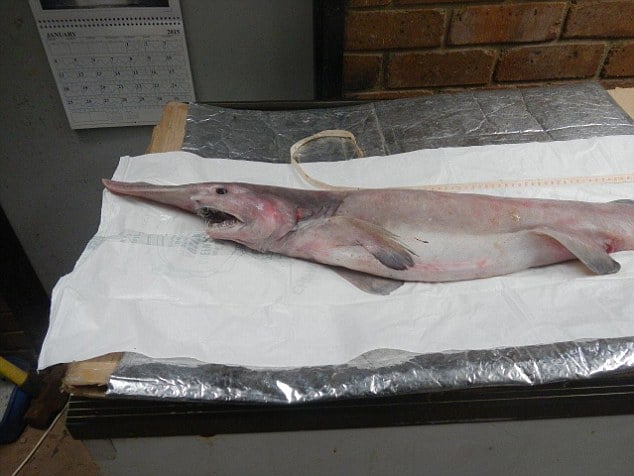 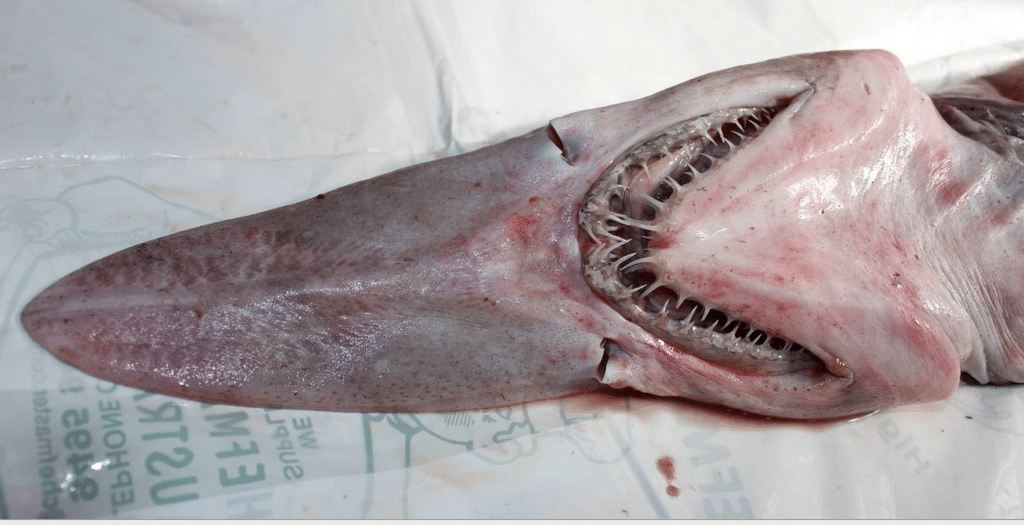 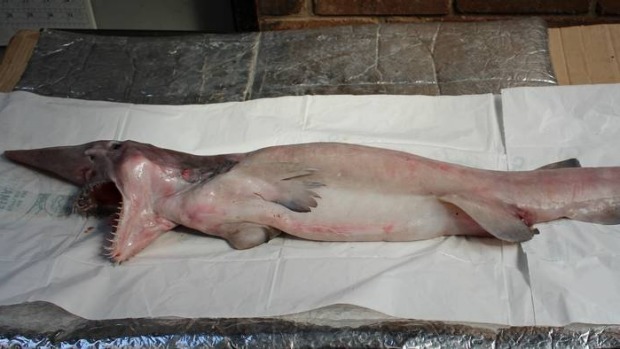