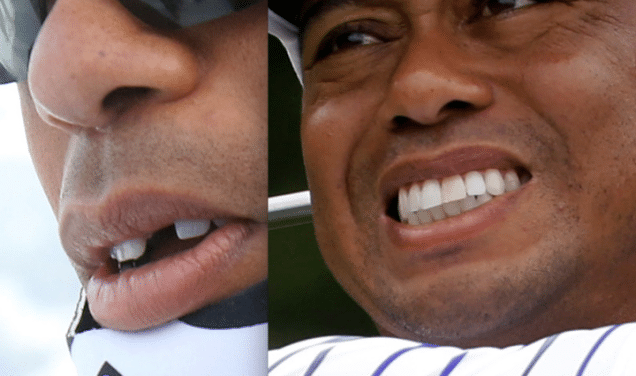 Making the internet revolt and how this Monday lunchtime is the unfamiliar visage of our collective hero, eminent golfer and philanderer at large Tiger Woods. Tiger Woods without his fake front tooth that is. Yes kids who could have imagined multi millionaires running around their jet set existences without real teeth like the rest of us?

Via pagesix: Woods hid underneath dark sunglasses, a black hat and a skeleton mask, which had all of its teeth. But Lindsey Vonn, who planted a kiss on Woods after spotting him in the crowd, “knew it was him immediately.” “He loves that stupid mask,” she told reporters.

It’s unclear if the tooth fell out, was knocked out or was removed.

Earlier photographs show the now-missing tooth was a different color than his other pearly whites.

Kids what do you suppose happened to Tiger’s tooth? And why was it discolored from its other pearly white brethren?

But here’s the vital clue we are looking for:

In 2009, Woods’ now-ex-wife, Elin Nordegren, hurled a cell phone at him after finding out he was unfaithful, chipping his tooth.

Addressing rampant media speculation, Tiger Woods’ agent Mark Steinberg would later today tell the following: ‘During a crush of photographers at the awards’ podium at the World Cup event in Italy, a media member with a shoulder-mounted video camera pushed and surged towards the stage, turned and hit Tiger Woods in the mouth.

‘Woods’s tooth was knocked out by the incident.’

The statement comes in stark contrast to previous pictures of the golfer over the years (see below) showing the golfer’s tooth had been knocked out or discolored. 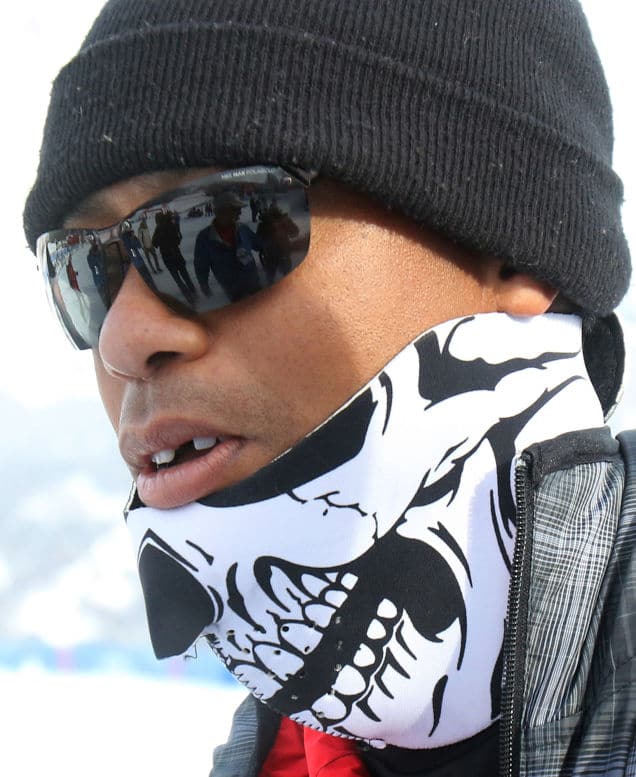 You better werk it gal…