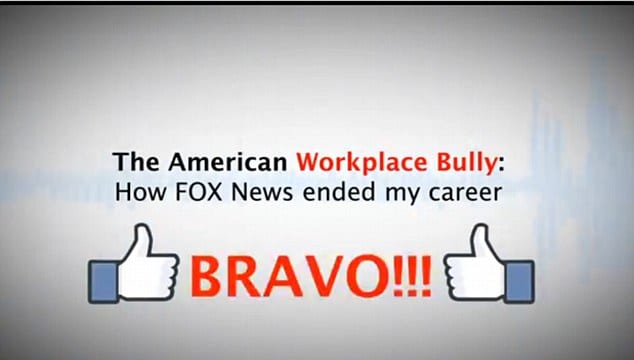 Phillip Perea a former Fox news employee this morning shot himself dead outside the company’s NY headquarters after accusing the media outlet of ‘ruining his life.’

Firing a concealed handgun, the 41 year old man, originally from Irving, Texas shot himself in the chest just before 9 am outside the building in Manhattan’s midtown.

The former Fox news employee reports the nypost worked for a regional Fox outlet in Austin, Texas as a promotions producer.

Incredulously prior to killing himself in front of horrified bystanders the man had taken to handing out fliers criticizing Fox for having ‘ending my career’  reports the Wall Street Journal.

Prior to shooting himself, Perea had been asked to leave the grounds by security guards but instead shot himself with a small-caliber pistol.

In critical condition, Phillip Perea was taken to Bellevue Hospital where he mortally succumbed to his injuries.

‘I know what gunshots sound like…It was a thing where I thought to myself,”Those sound exactly like gunshots, but it can’t be, because we’re in Rockefeller Center.”‘

Authorities would find what appeared to be a suicide note in Phillip Perea’s pocket. Raising the specter that the former Fox news employee had all along planned to end his life in dramatic fashion.

Prior to his shooting death, Perea had criticized Fox News on his Twitter page(@PhillipPerea73) writing statements such as ‘will be homeless thanks to FOX lies. Is this the America you want?’

He also wrote other ‘tomorrow the battle for liberty begins’ as well as tweeting media figures asking them ‘Will you take FOX executives into the no spin zone?’

The man also posted dozens of videos on YouTube (see below) in which he states why he believes he was fired from Fox News last year.

The lengthy clips, uploaded to YouTube between July of last year and Monday morning, have recordings of alleged conversations between Perea and coworkers.

The most recent video starts with the foreboding intro ‘you can murder a man without killing him’ before segueing into another screen where he claims ‘righteous cause demands a martyr.’

The Austin Chronicle has since reported that Perea had been suspended from his job for his use of inappropriate language and for not following instructions. 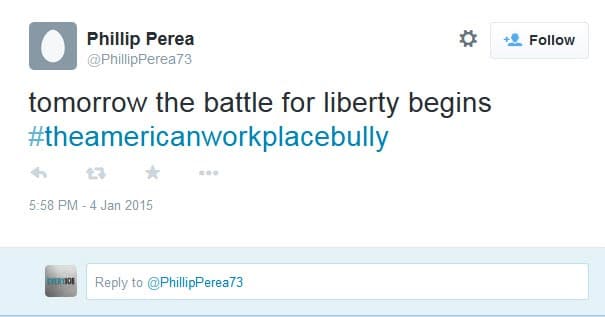 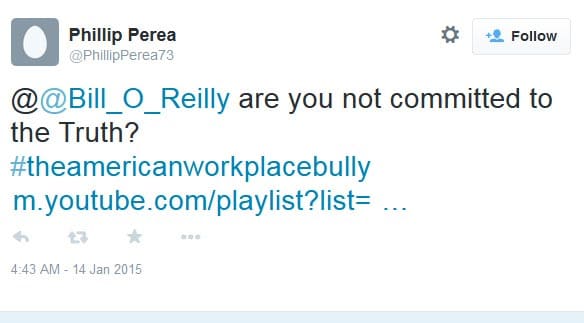 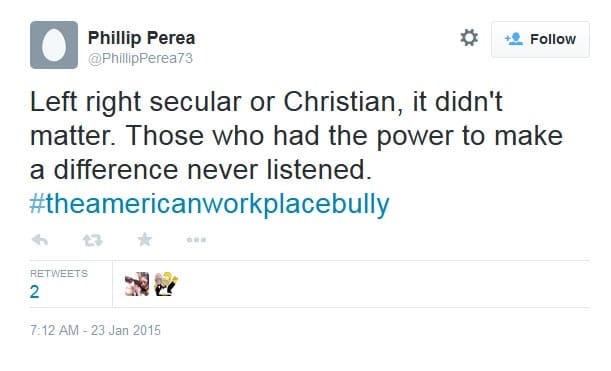