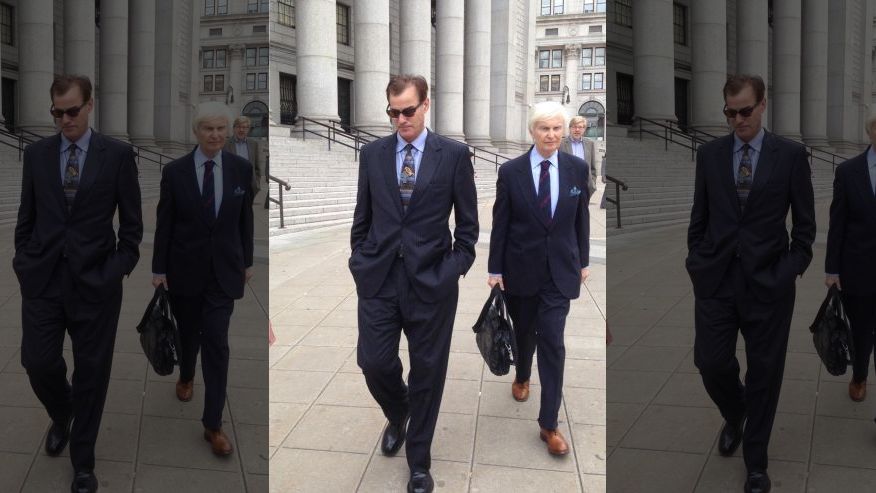 Michael Lucarelli the disgraced Wall st executive who made ill gotten gains to the tune of $955,521.62 via insider trading was sentenced to 2.5 years prison this Wednesday afternoon after having previously entered a plea of guilty in September.

In his defense the former Lippert/Heilshorn & Associates Inc (LHAI) executive would tell a judge that his dislike of coffee had made him turn to cocaine which in turn incited him after being ‘cheated’ of his commissions  to commit insider trading.

Incredulously the shameless banker would also blame impotence, an irritable bowel, along with Crohn’s disease for turning to cocaine. He would later tell he would seek a position as a truck driver after his eventual release.

Explains the nypost: He also blamed his former bosses for turning him toward a life of crime, saying they cheated him out of his commissions.

The former investor-relations honcho was so worked up as he read from a five-page typed statement that Furman told him twice to stop yelling.

Lucarelli also played the sympathy card, telling the judge that his marriage failed after he was hit and injured by a taxi.

Yes kids. Who knew life was so difficult for privileged white men who abused their position of authority and trust?

Telling of the demise of marriage which he would also blame on inciting him to take up insider trading:

“I couldn’t perform my sexual duties, and she’s 20 years younger,”

Manhattan federal Judge Jesse Furman in the end would tell he didn’t buy Lucarelli’s rationale for his bad behavior, saying he was ‘minimizing to a degree that borders on denial.’

‘I have significant doubt about whether the defendant has ‘gotten it,’ ” Furman said.

Lucarelli’s lawyer, Patrick McGinley, said his client had a lot of ground to cover during the sentencing.

Reiterating: ‘He tried to get so many thoughts out at a time that sometimes they trip over each other,’

Adding: ‘His employer never paid him the commissions he was due,’

‘That drove him to start trading. And that was fueled then by the drugs he was taking and the Crohn’s disease.’

Keith Lippert, the founder of LHA, would also dispute allegations that he had cheated our collective hero out of commissions, telling: ‘Desperate people say desperate things,’

‘It’s very sad that he has not taken ownership of his actions.’

Wednesday’s sentencing comes after Michael Lucarelli ‘s August arrest, in which at the time, Lucarelli, wearing sweatpants and a tank top, desperate to avoid reporters would take to running down the street without shoes.

In addition to jail time, Lucarelli will have three years of supervised release and will be required to submit to drug testing and rehab.

Lucarelli would tell after sentencing that he now lives in North Dakota with his brother and that he hopes to become a truck driver.

That said he would note the downside to his newest career move with the following qualified statement:

‘The one thing about trucking, you’re urine tested all the time.’

Adding further: ‘If you’re a good driver, which I am, they don’t care about insider trading.’

Long pause, did someone just try to sell me a fake bag of coke?

Lucarelli has until April 24 to surrender.

If only his previous employer urine tested, Michael Lucarelli would never have been incited to commit fraud. Right? 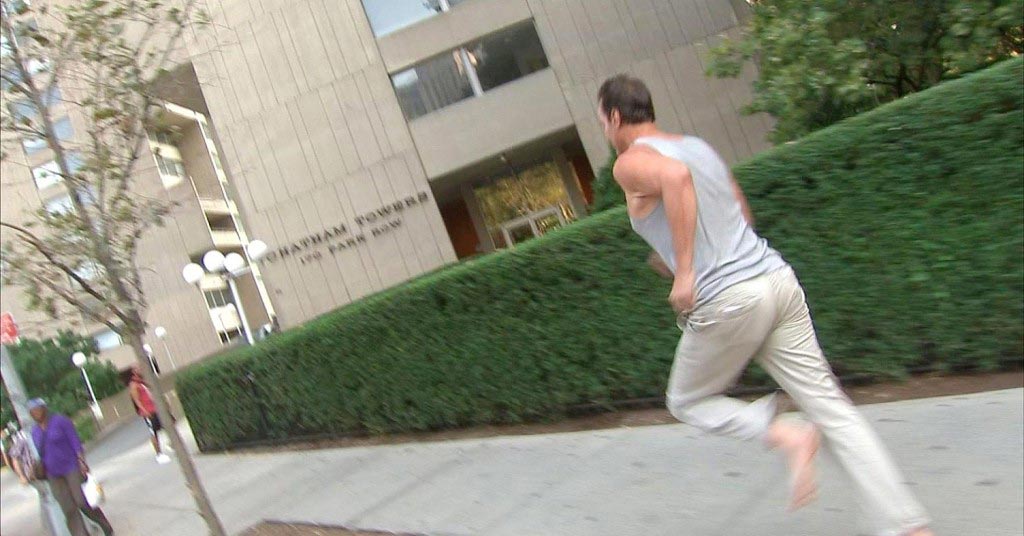