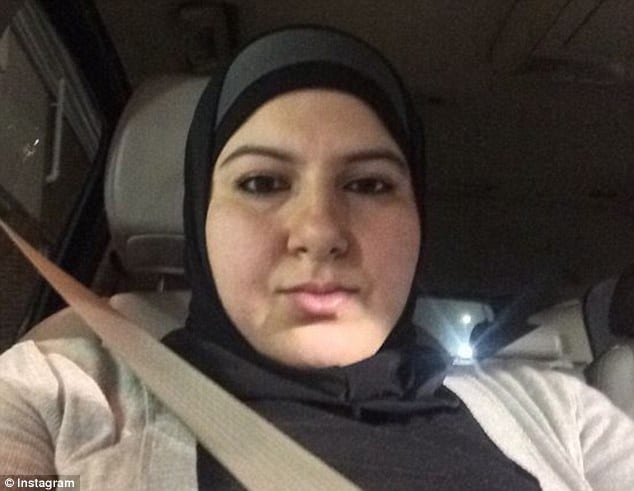 Malak Kazan, a 27 year old Muslim woman has filed a federal lawsuit against Dearborn Heights, Michigan police department after being forced to remove her hijab during a recent arrest.

At the time the woman had been booked for driving with an expired drivers license during a routine November 2014 traffic stop where she was made to remove her head scarf.

Woman refuses to take off hijab, 50 cops waiting to arrest her.

Prior to her booking, Kazan had let her driver’s license expire and there were two warrants for her arrest because she never appeared in court.

Nevertheless the woman would argue that the police department had violated her first amendment rights to religious freedom as well as humiliating her because there were no female police officers present at the time of her booking.

Kazan would reiterate that her humiliation was exacerbated when arresting officers forced her to remove her hijab despite Islamic faith requiring her to cover her hair and neck in the presence of men who are not part of her immediate family.

Offered Malik Kazan’s attorney, Amir Makled: ‘Your religious freedoms are not stripped at the jailhouse door. It’s part of the cannons of their faith to wear a head scarf. For her to have it removed in front of a non-relative male, would be a non-pleasant experience for her.’

Reiterated Dearborn Heights Police Chief Lee Garvin: ‘Articles such as hats, caps, hijabs, can contain concealable items that could pose a threat or chance of injury to the cops or to themselves,’

‘Our procedure is to have them take the hijab off in the presence of a female,’

‘We don’t always have enough female officers present in the station. Our Number one concern is security of our officers and the prisoners.’

Makled counters that there was no such threat from Kazan’s hijab and sees the policy as discriminatory.

‘At this point she is only doing a booking photograph. They can’t get in here and say officer safety. It’s a booking photo it’s used for identity purposes only.’

Kazan filed the federal lawsuit to get the department to modify its current policy and allow Muslim women to wear a head scarf during booking procedures to avoid her humiliation.

The word hijab comes from the Arabic word ‘hajaba’, which means to conceal or hide from view.

Makled is also seeking compensatory and punitive damages for Kazan.

The lawsuit also claims Kazan’s Fourth Amendment and Fourteenth Amendment rights were also violated – the right to be secure from unreasonable searches by the government, and the right to equal protection of the laws.

Professor Larry Dubin from the University of Detroit Law School told myFoxDetroit.com that he thinks Kazan has a good religious discrimination lawsuit.

‘She is entitled to wear the hijab and not have it taken off unless there is a more state compelling interest that needs to be satisfied.

‘And that’s what a federal judge is going to have to decide.’

Dubin would further reiterate that similar claims of conflicts involving religion and law enforcement have surfaced.

The U.S. Supreme Court ruled this week that a prisoner has the right to grow a beard for religious purposes ‘even though the prison officials believed improper drugs or other matter could be hidden from view,‘ Dubin would qualify.

Adding: ‘In my opinion, this lawsuit could have been avoided if the police brought in a female officer to book Ms. Kazan, which then would have permitted her to remove the hijab without violating her religious beliefs.

‘In that way, the police would have afforded Ms. Kazan her constitutional rights while accomplishing the legitimate police work that needed to be done. Ultimately, a federal judge will decide how to balance these conflicting rights.’ 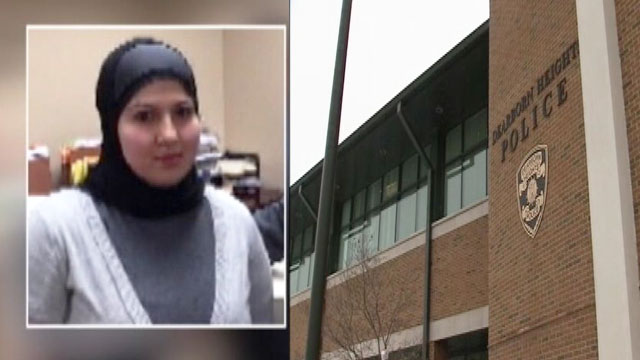