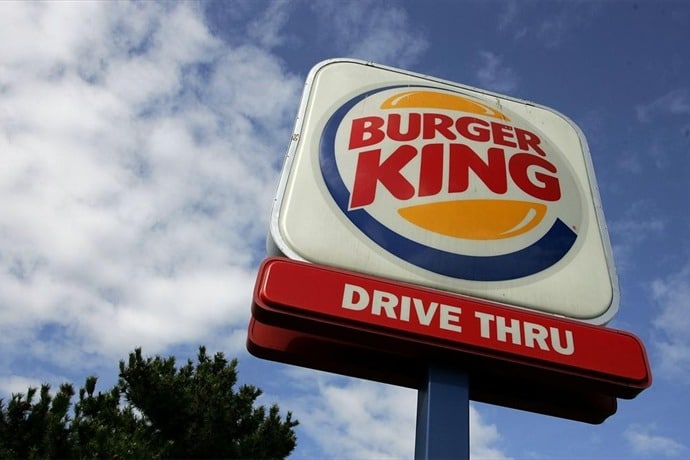 Janelle Jones a New Hampshire woman has returned a bag containing $2631 after she came to discover on the way home from a Rochester, Burger King drive through that her order did not include her sweet tea and juicy spicy chicken sandwich but instead a bundle of cash.

Rather than keeping the cash — totaling $2,631 — she came back to the restaurant with her husband and returned it.

Around 4:30 p.m. Friday, Janelle Jones, of Rochester, Foster’s Daily Democrat reports the woman had ordered a drink and a sandwich at the drive-through of the 250 North Main St. restaurant. She was driving home when she discovered that the sandwich bag was actually full of cash, and there was no food inside.

After calling her husband, Matthew Jones, the husband suggested she come home so they could return the money together. At home, the couple inspected the bag and found the cash, most of which was inside two bank deposit bags. There was also a loose $100 bill.

Admitted Matthew Jones:  ‘We are not perfect human beings,’

As the the couple had considered keeping the money, adding they could have certainly used the cash.

In the end it would be both the husband and wife’s faith as Jehovah’s Witnesses, that they return the loot, telling, ‘Jehovah sees everything.’

When they returned the money about an hour later, the employees of the store were extremely thankful, he said.

The money they would discover had been a Burger King bank deposit bag.

‘It felt a lot better than keeping it,’ said Matthew Jones.

Store employees at Rochester’s Burger King confirmed the incident but chose not to comment on the story.

‘One person said ‘they were going to get fired’ so it felt good knowing we helped them keep their jobs,‘ Janelle state in an email.

Adding: ‘A manager told me they would give me five free meals,’

‘The manager said he talked to the corporate office and they said to tell me ‘thank you.”

What do you think? Would you have returned the money? Or would you have been afraid that the law would have eventually caught up with you? Which is perhaps really what Janelle and her husband were really fearing and not Jehovas…..?