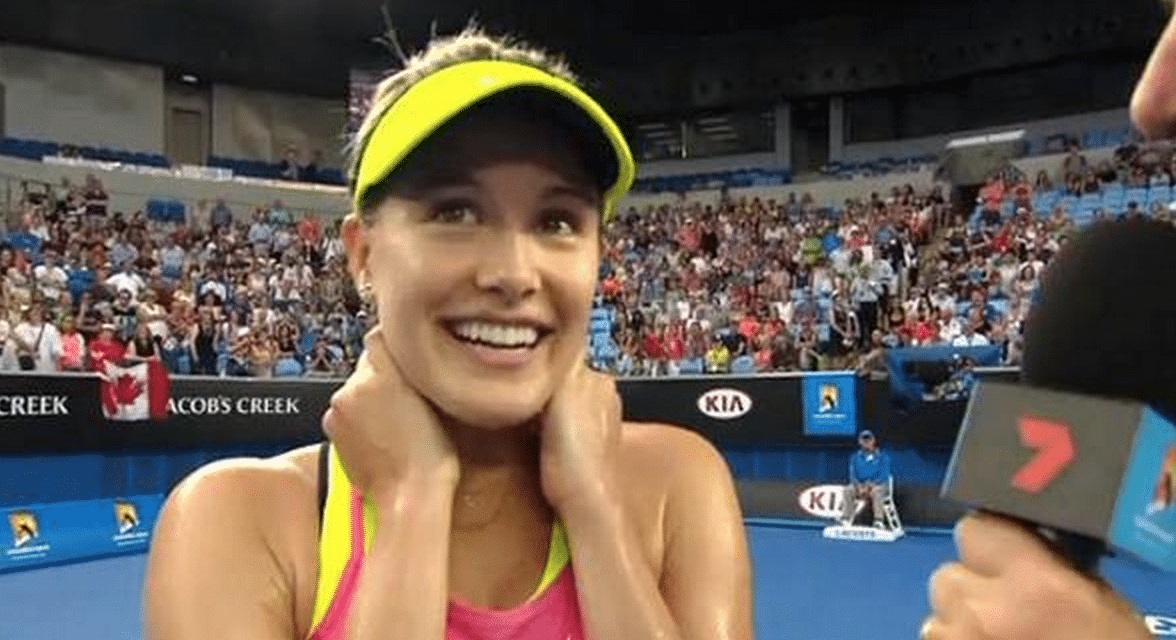 The media world has gone into a tizzy after Australia’s Channel 7 reporter Ian Cohen asked post match winner, Canada’s Eugenie Bouchard at the Australian Open to succumb to doing a twirl for the cameras so we could all see at home how good she looked in her flouro outfit after her win over Kiki Bertens 6-0, 6-3.

It was all an innocent request but probably spoke volumes about the way women are still viewed and regarded foremost, even if they manage to triumph athletic and sporting technical feats. Even if they also happen to be ranked number 7 in the world and presumably earned that rank solely on their determination, years of training, discipline, athletic prowess and general mastery of tennis. But nevermind, let’s see how you look in that dress luv !

Reports the UK’s guardian: Canada’s 20-year-old Eugenie Bouchard was left embarrassed when the male presenter conducting her on-court interview at the Australian Open asked her: “Can you give us a twirl?”

When the Wimbledon runner-up replied “A twirl?”, the interviewer, Ian Cohen, told her: “A twirl, like a pirouette, here you go.” Somewhat uncomfortably, the No7-ranked player did as she was asked, then laughed and buried her face in her hands.

In a post match news conference Eugenie Bouchard would comment, ‘It was very unexpected. I don’t know, an old guy asking you to twirl. It was funny.’

But was it really?

On the surface one can take light Ian Cohen was only betraying his own personal views of women, or simply just delighting in the 20’s year old spunk, good looks and yes her admittedly flamboyant outfit as many female tennis players these ideas like to take on.

Yet that said one wonders whether the reporter or any reporter for that matter would have asked a male tennis player to twirl in his white shirt and white shorts? It would be unheard of and would betray the unspoken rule that men are men and their feats and status is measured not by what they wear (well at least not on the tennis court) but by their playing and athletic prowess. A qualification it seems some journalists and perhaps to a larger extension much of society is not necessarily ready to extend to women who are often seen as commodities, show pieces and whose status is often conferred by her appearances on or off the tennis court and her ability to do girly things like twirl for a bloke…. 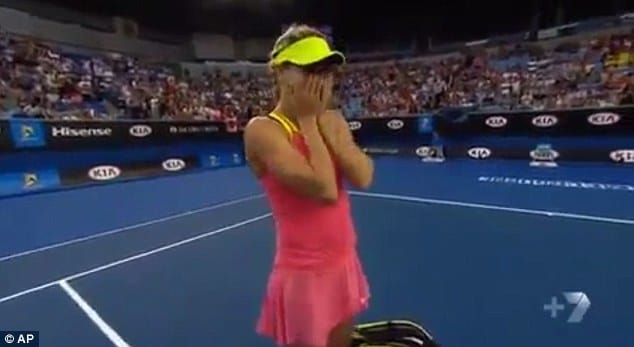 And then there were these comments that made me wonder. See what you think?

A number of female players appear on court looking like they are on the catwalk and some actually revel in it, so naturally some moron will assume that they are all in on it. I’d bet if Eugenie Bouchard had won her game in a standard white blouse and skirt rather than that garishly eye-bleeding highlighter pink and fluorescent yellow combo she would have been spared the request for post-match catwalk twirling antics.

The correct answer she should have given was “No, F&#$ off” Although not realistically possible, that’s what a jerk(s) like him deserve.

Just twirl and do as your told. These women make a huge proportion of their earnings from model work, you don’t hear them complaining when they are counting their money, do you ????

Would this be news if a woman asked the same question? 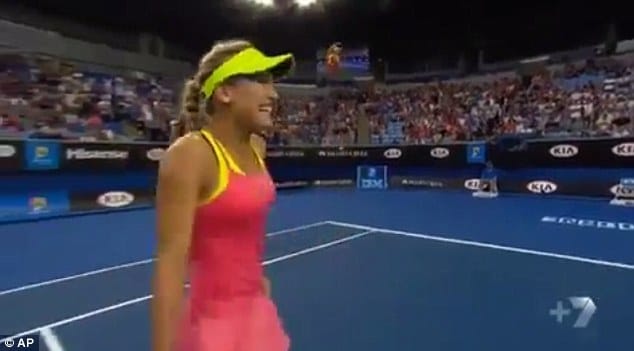 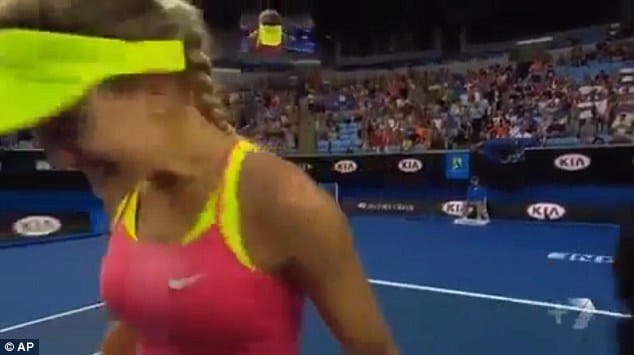