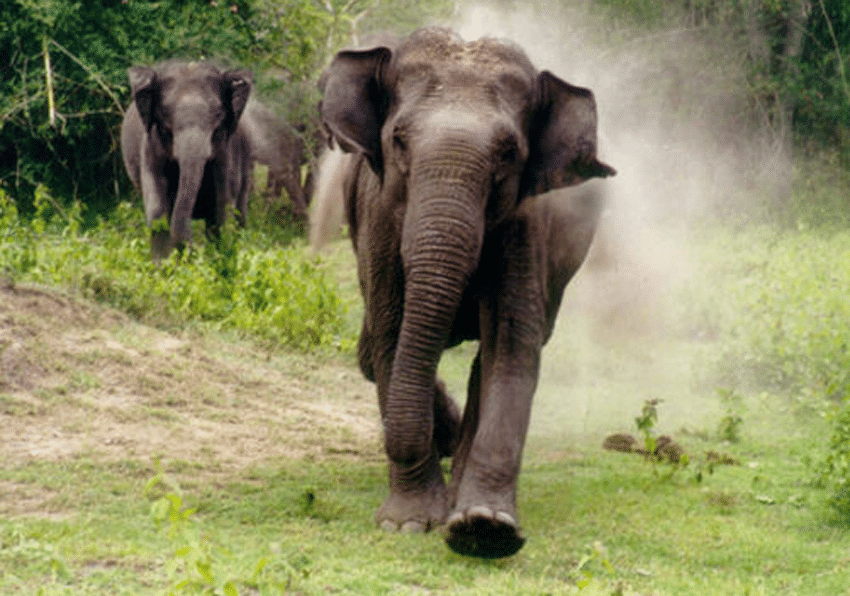 An elephant has trampled a married couple to death after the flash of their camera whilst taking pictures caused the animal to charge at them during a trip to Indian wildlife reserve, Periyar Tiger Reserve.

The pair were part of a group of eight that had gone on a two-hour trekking expedition organized by the state forest department in Periyar Tiger Reserve, Kerala.

It wasn’t until the couple tried taking a picture of a herd of elephants, that the elephants reacted with the flash of the camera provoking the animals.

Police reports would tell that one of the elephants began to charge at the husband and wife, who were trampled and died on the spot.

The couple, from Gujrat, have been named as Bhupendra Raval, aged 52, who works as a general manager in a private firm and his 50-year-old scientist wife Jagruthy.

Offered a forest official via the Times of India: ‘The couple did not have time to move from the elephant’s path as it ran straight into them in a mad frenzy.’

Also hurt was a guide leading the trip.

The incident came to happen at a time when the tiger reserve is popular with tourists and the town of Gavi, where the reserve is located, attracting more than 1,000 visitors a day during the peak tourist season.

The areas main draw being the elephant population.

But officials have been concerned that the increase in visitors may be reducing the wildlife there and may restrict the number of tourists.

V K Venkatchalam from the Elephant Task Force said: ‘Trekking trails should be banned and people should be taken only for Safari rides in grilled vehicles.

‘The elephants may turn violent especially if they are in musth.’

In 2013/14, 19 people, mostly from tribal areas around the forest in Kerala, were killed after being trampled by wild elephants. 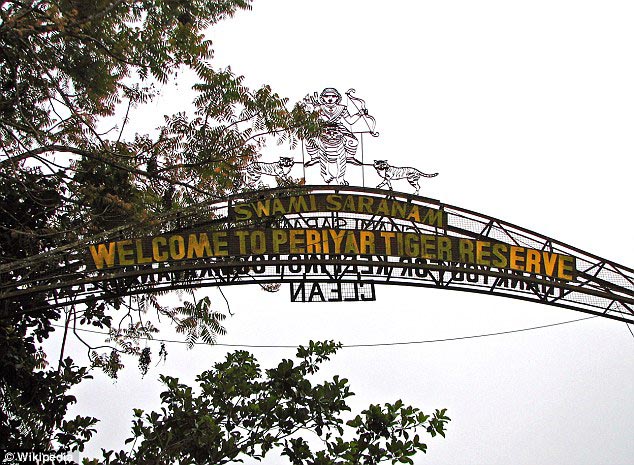