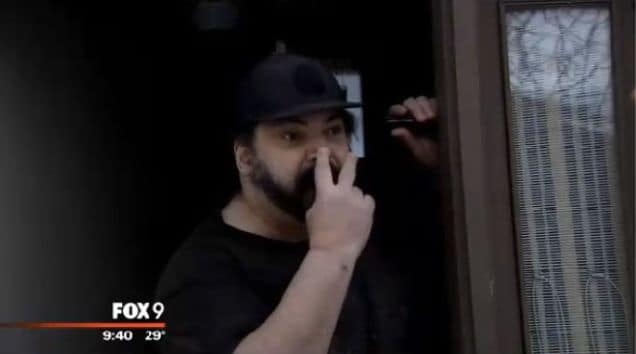 Meet Plymouth, Minnesota man David Vanzo who has since been accused of wheeling his dead 90 year old mother, Caryl Vanzo to a local Wells Fargo bank to withdraw $850 in cash. An act that the son vehemently denies.

Interestingly soon after making the bank withdraw, Vanzo would call to tell that his mother had just passed away. Yet social workers who had been on the man’s case for a while and had previously investigated Vanzo for elderly neglect and financial exploitation of his mother would come to wonder if in fact the man’s mother was already dead when he wheeled her in.

Retorted the son: “My mother and I had an agreement,” he tells Fox 9. “I took care of my mom for years, I’m the good guy here, not the bad guy.”

After reporting his mother dead, police would arrive at the family home only to be overcome with the rancid stench of urine and feces. When they went to the woman’s bed they would find her in bed, wearing a robe and fur coat, her boots covered in feces.

Told the son after being arrested for elderly neglect: ‘My mother, she wouldn’t eat in the end,’

Pursuant to the mother’s death, bank employees would be questioned after the son took out $850 under his mother’s name.

They would note that Caryl Vanzo’s feet appeared to be dragging under her wheelchair, showed no signs of moving and that employees ‘couldn’t tell if she was breathing.’

A neighbor who saw the son and mother head out to the bank in a taxi would also comment: ‘I don’t know if she was unconscious, or not alive.’

In 2012 Hennepin County Adult Protection Services made an in-home visit to the family home.

At the time they found Caryl lucid and able-bodied, with the mother insisting that she wanted to stay with her son. 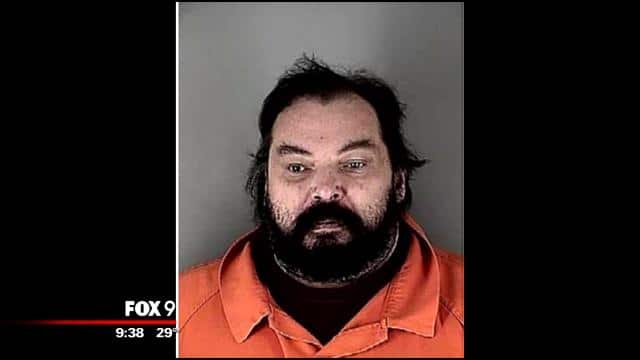 What though has authorities wondering is if the situation deteriorated between then and two weeks ago when the mother died.

Responded David Vanzo: ‘If it was such a big deal why didn’t they take her out of here?’

Authorities would tell that they have investigated the son for financial exploitation on at least two occasions. There was a reverse mortgage his mother couldn’t explain to the tune of $118,000, cash withdrawals of $47,500, and another for $25,600.

The son would insist the money came from a joint bank account, and that everything he did, he did for his mother.

‘I love my mother very much,’

‘I gave my life to keep my mother alive. Look at my eyes.’

What do you think? Do you think David Vanzo scammed his mother out of her assets or this is just a story of a son struggling to come to terms with his mother’s deteriorating mortality….?