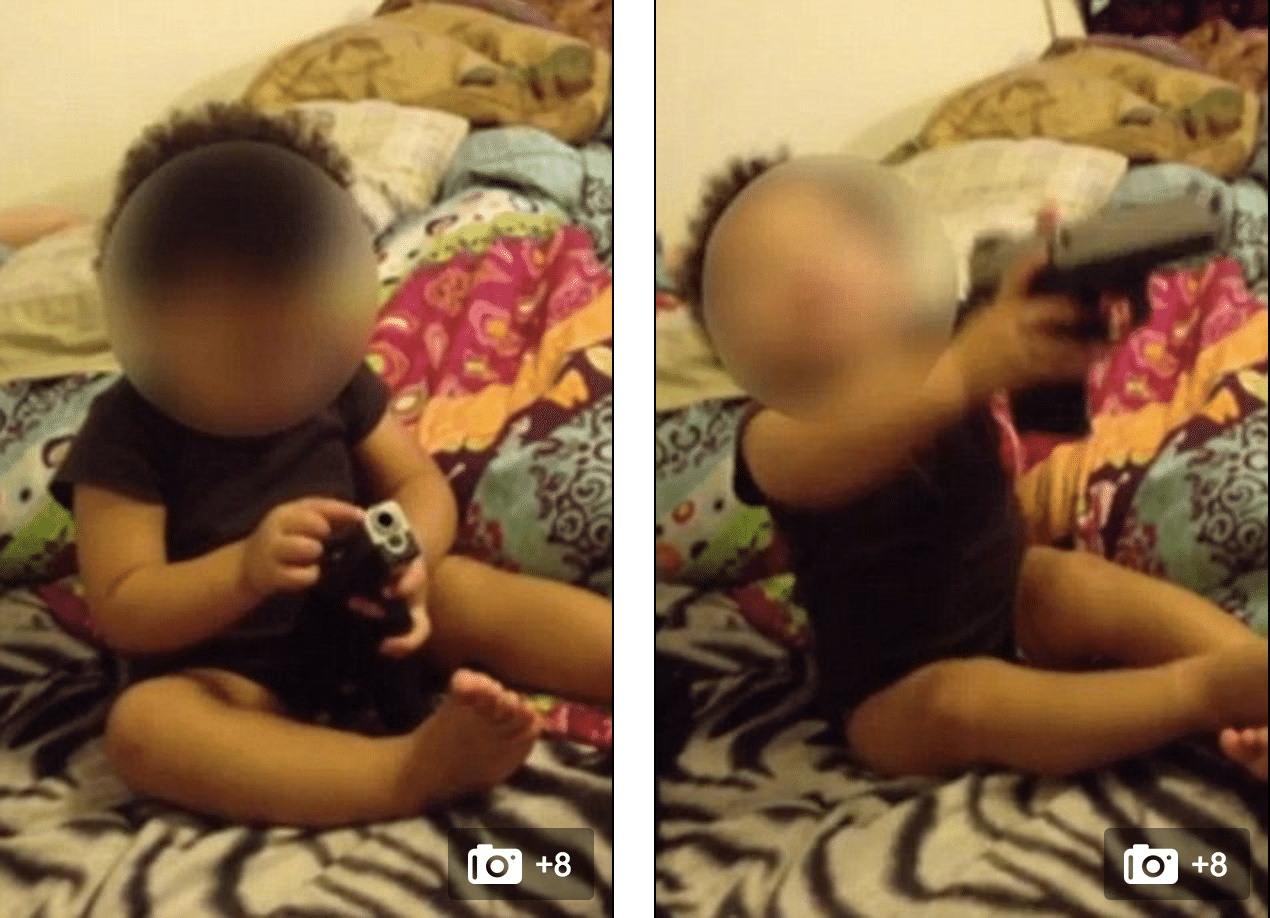 Toni Wilson a 22 year old mother and her 19 year old boyfriend, Michael Barnes, have been charged with child neglect after taking a video (see below) of their 12 month old daughter playing with a handgun and shouting ‘pow.’

The former McDonald’s cashier and her partner would come to be arrested after cops discovered cellphone footage whilst investigating the boyfriend in lieu of allegations that he had to tried to sell a handgun to an undercover officer.

In the video, Wilson’s daughter is seen playing with a .40 caliber handgun while sitting on a bed at the couple’s home in Evansville, Indiana.

As she waves the gun around, Barnes can allegedly be heard encouraging the toddler to shoot and say ‘pow’. The child replies: ‘pow’, before holding out the gun and pretending to fire.

Incredulously the child then runs her fingers along the weapon’s top before proceeding to rub it against her face. At one point, she even inserts the muzzle of the gun into her mouth.

That said, at no point does the child’s mother attempt to stop the child.

In the footage, a woman’s voice, believed to be Wilson’s, can be heard from just meters away, 14 News reported. 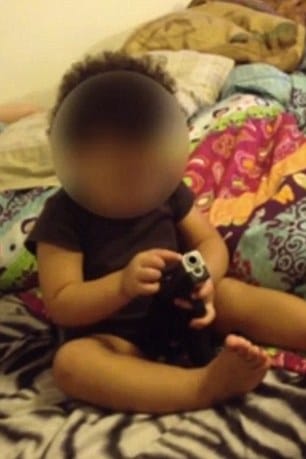 The video footage has since led to Wilson and Barnes being arrested on charges of child neglect, criminal recklessness with a deadly weapon, and allowing a child to possess a firearm.

During an interview with police, Wilson initially claimed that she did not know her boyfriend whose gun the child allegedly was playing with owned a gun. At the time the mother told officers the weapon in the video was only a pellet gun.

WEHT has since reported the father is now facing charges from his Thursday night arrest.

Offered Sargeant Jason Cullum, of Evansville Police Department: ‘When we try to encourage these kids to be good members of our community, and you see somebody that’s working that hard against it, it just makes you wonder how many other children may be living in this type of situation and what the outcome is going to be.’

Since the parents arrest, the child has been put in emergency care. She is joined by two one-month-old twins, who were also living at the property at the time and of whom Barnes is the father. 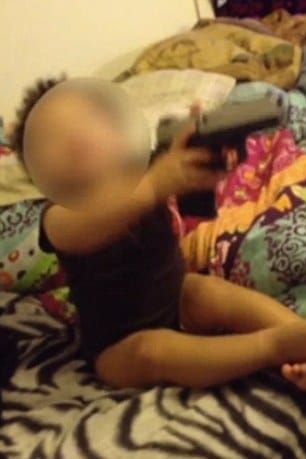 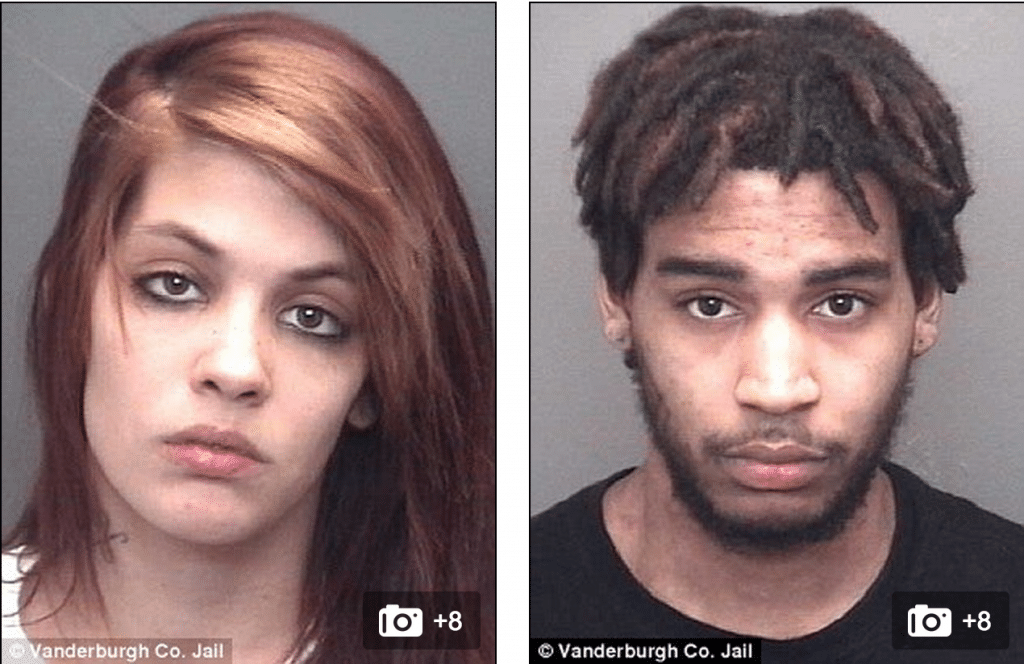 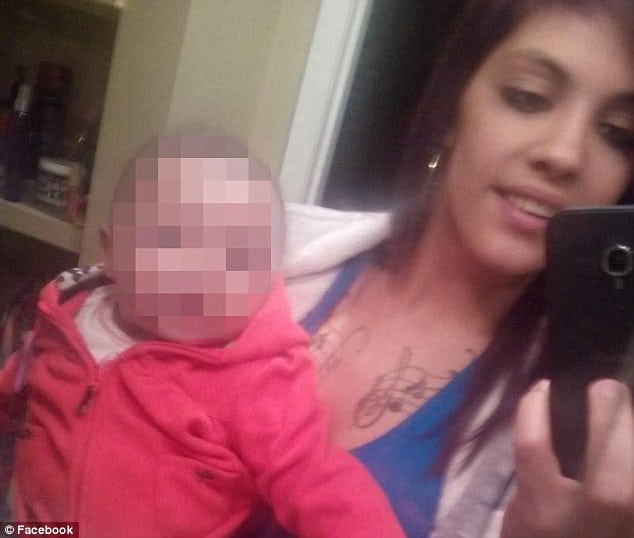 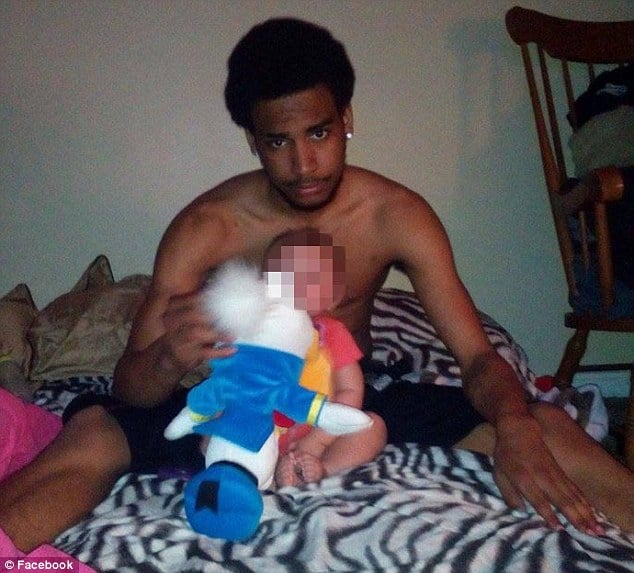