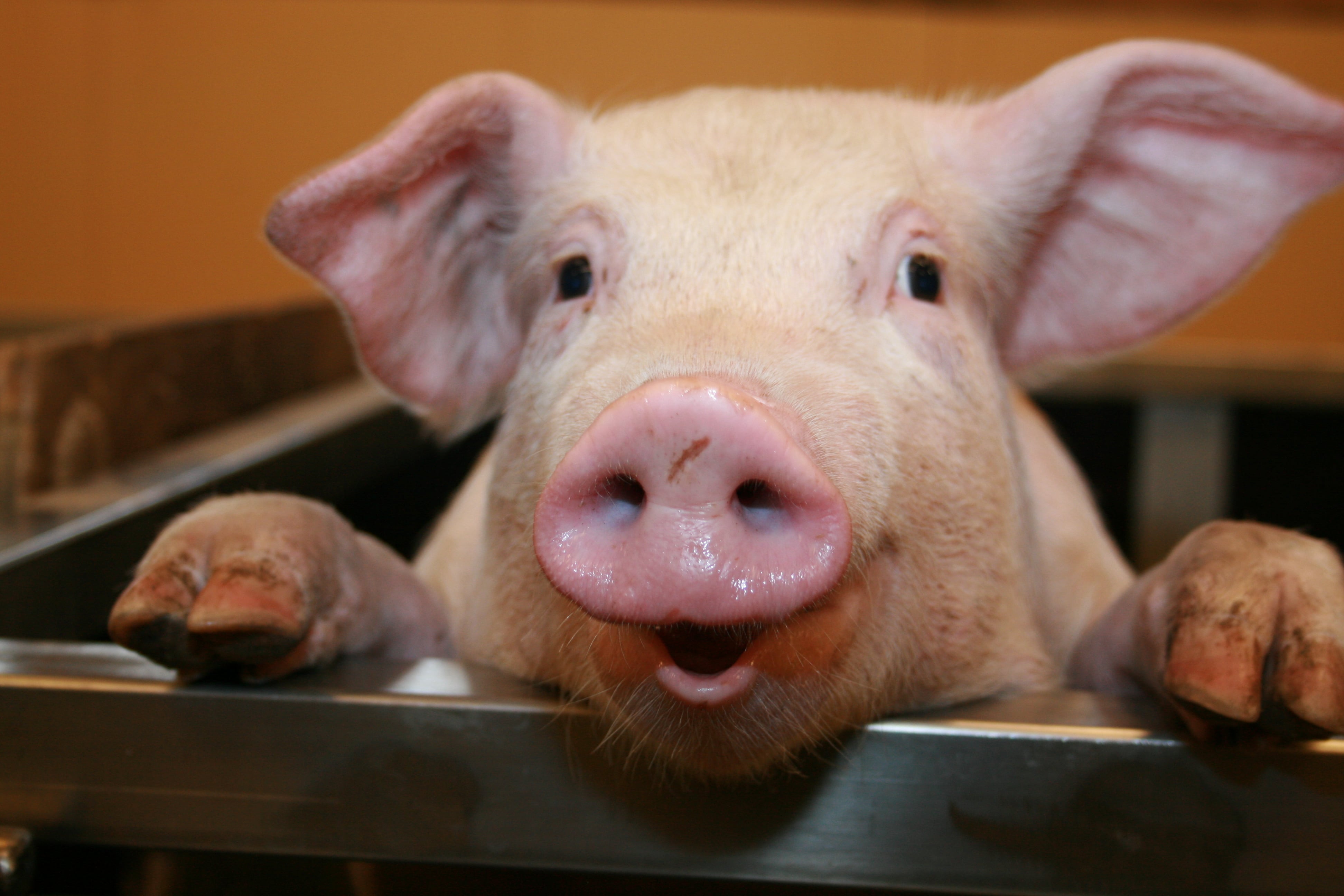 Kids when it comes to flying I usually like to take a good book (preferably something light and whimsical) to help calm the nerves, and then if push comes to shove a few sleeping pills or if all else fails a shot of the good liquor. Not so in one woman’s case who decided to bring a pig aboard a flight as a fellow passenger so it could calm her down. Never mind that did little to calm down traveling flyers…

UK’s dailymail: A woman was forced to leave a plane because passengers were being disrupted by her travelling companion – a pot-bellied pig.

The unidentified individual boarded the US Airways flight to Connecticut with the animal on Wednesday.

She took the creature, said to weigh up to 70 pounds, to her seat and then attached it to her armrest – but when it became disruptive flight attendants asked her to leave the plane.

Kids could you imagine a pig tied to an armrest being disruptive? Surely by now it’s just the usual trip back and fro right? Maybe if the pig was offered an armrest of its own it could have sighed deeply and gently nuzzled in for the long haul. Until one unsuspecting passengers caught wind…

ABC: Jonathan Skolnik, a professor at the University of Massachusetts Amherst and a passenger on the flight, told ABC News today he thought the woman with the pig was carrying a duffel bag when she got on the plane and headed straight for the empty seat next to him.

Until that is he noticed a strange odor…

Told Skolnik: ‘But it turns out it wasn’t a duffel bag. We could smell it and it was a pig on a leash,’

‘She tethered it to the arm rest next to me and started to deal with her stuff, but the pig was walking back and forth.’

‘I was terrified, because I was thinking I’m gonna be on the plane with the pig.’

Skolnik would tell that he guessed the woman’s mystery traveling companion probably weighed in the neighborhood of 50- 70 pounds.

Wednesday’s incident comes after the Department of Transportation issued a guideline in 2012 which allows for the flying of certain animals for emotional support, including  including pot-bellied pigs,  monkeys and miniature horses.

After some additional commotion, airline stewards would force the woman and her errant traveling companion (who reportedly was brought along for emotional support) to deplane.

At present it is not understood if the woman was allowed to travel with the disruptive pig on a subsequent flight or with another airline.