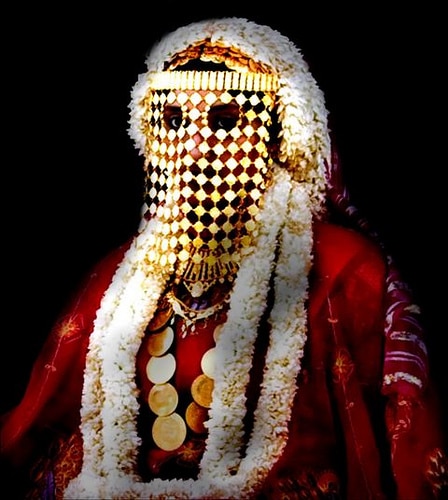 A Saudi husband has caused disconcert after demanding a divorce from his bride during their wedding night after seeing her face for the very first time when the photographer asked the couple to pose for pictures.

The couple from the Western Saudi town of Medinah reports the UK’s dailymail had agreed to marry each other despite having not met face to face – a popular custom in certain Middle Eastern countries.

That said things would turn awry after the bride removed her veil to smile for the camera when her groom lept in disgust.

Told the Saudi husband: ‘You are not the girl I want to marry,’

‘You are not the one I had imagined. I am sorry, but I divorce you.’

According to local daily Okaz, the bride immediately collapsed in a fit of tears as panicked wedding guests stepped in to try to resolve the dispute.

But to no avail.

‘The groom said he had not been able to see his bride’s face before marriage,’ Okaz reported. ‘When he divorced her, the bride collapsed and the wedding turned into a night of tears.’

News of the incident would lead to a wrath of commentary on social media.

Told one user: ‘He caused her great pain through his irresponsible attitude, and he deserves to suffer.

‘He should appreciate that beauty is in the character, not the face.

‘Unfortunately, many young people today are interested only in looks and ignore values and morals.

‘May God give her a better husband who will appreciate her for who and what she is.’

Added Abu Nass: ‘He is not man enough to assume his responsibilities. He is totally, completely insensitive.

‘Nobody has forced him to marry her. He should have insisted on seeing her before the wedding and the engagement, and not wait until the wedding night.

‘May he always be a loser and may he be deprived of getting married at all. He is not a man and he lacks basic feelings.’

Others would argue that the incident was another reason why there ought to be a banning of the veil for women.

Thesource would report it is not uncommon for a groom to arrange to be married to a woman he’s never met.

At present it is not necessarily understood why the groom had declined to make the time to see who he was marrying and how a failure of reflects the general antipathetic attitude towards women in the region.

Responded a user on the web: Scallywag, this is probably not a case of his “not making the time”. In the most “conservative” Muslim marriages, the couple often do not even meet before the wedding, and know nothing about each other at all.

Reflected jihadwatch: In Islamic law, women are essentially commodities. A husband can discard his wife at will, with no penalty or responsibility.