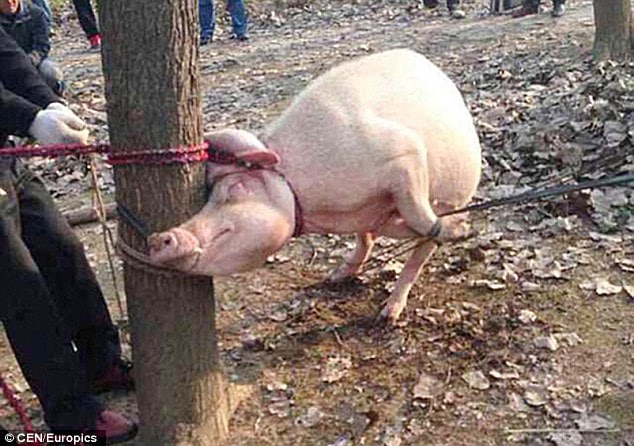 The gruesome  death of 2 year old Wei Tsao a Chinese toddler who came to be mauled to death and eaten by a pig has caused disconcert in the rural community of China’s Jiangsu Province.

The boy also known as Keke had been playing in the garden of his parents’ house when they went inside for a moment reports the UK’s dailymail.

Left to his own devices the Chinese toddler crawled into the pig pen where the protective sow mauled him to death in an attempt to protect her newborn piglets, before turning to chew on his head.

Hearing their child’s screams, the parents rushed back outside but were too late.

Told the boy’s father Sun Tsai, 25: ‘We had popped inside for just a couple of minutes when we heard the screams.

‘When we came out we saw the pig about 80 meters away gnawing on Keke’s head.’

Other villagers came rushing to the scene where they grabbed the pig and tied it to a tree before killing it and cutting its stomach open.

Inside they found fragments of Keke’s skull and hair, which they showed to authorities to prove the pig had killed him.

Offered village leader Cheng Yuan, 62: ‘This is a horrible tragedy. We had to cut the pig open, not as an act of revenge but to prove to the authorities that it had indeed killed and eaten Keke.’

Reiterated a police spokesman said: ‘Sows are often docile creatures but pregnant pigs and ones who have just given birth can be very protective and turn aggressive towards anything they consider to be a threat to their piglets.

‘We urge farmers to keep their pigs in their pens.’

And then there was the following comment on the web that caught my eye:

That poor pig..it was protecting it’s young! If the child’s parents had been doing the same thing it would never have happened in the first place! 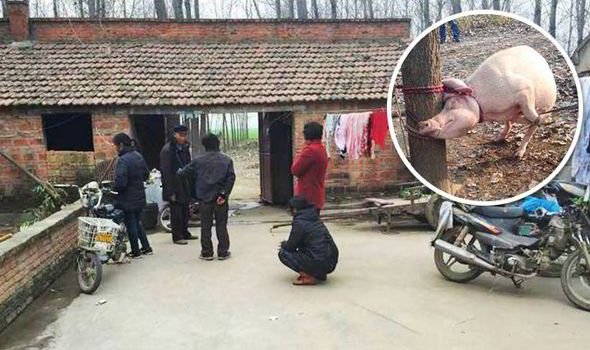 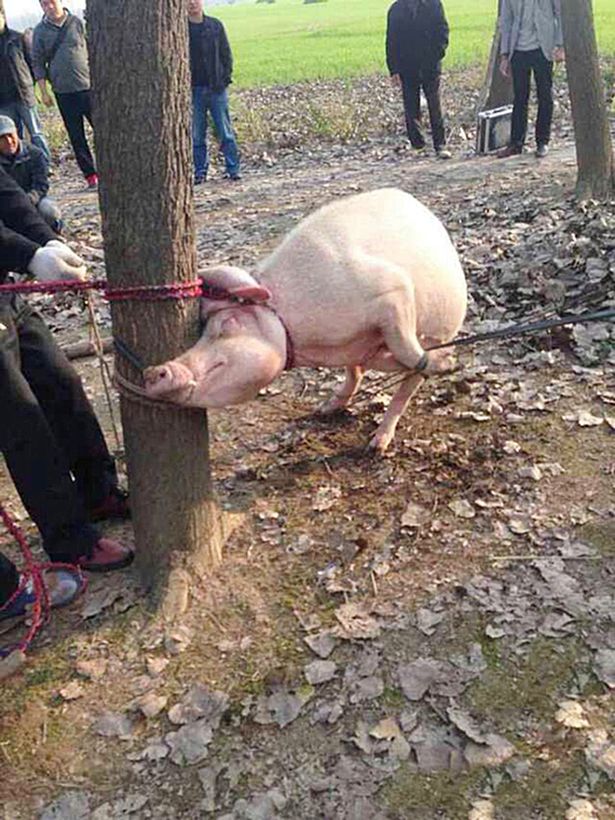