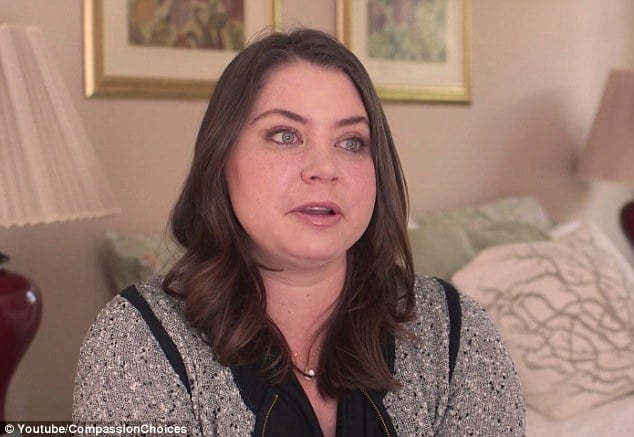 Terminal ill brain cancer patient Brittany Maynard at age 29 has this Sunday afternoon committed suicide, having chosen to take her own life, rather than having to live a life of pain, suffering and a loss of autonomy.

At the time Maynard told that she would after having completed her checklist elect to take her own life under Oregon’s Death with Dignity Act, having told that she had elected to commit suicide on November 1, a day after her husband, Dan Diaz‘s birthday.

That said Maynard then changed her mind, telling that she had reconsidered her plan and had decided to postpone her own death contingent if her condition worsened.

Yet that change of plan would be short lived as Brittany Maynard elected to take her own life today, explaining her concerns that her condition was beginning to exacerbate.

Wrote Maynard on facebook prior to ending her own life: ‘Goodbye to all my dear friends and family that I love.

‘Today is the day I have chosen to pass away with dignity in the face of my terminal illness, this terrible brain cancer that has taken so much from me … but would have taken so much more.’

Adding: ‘The world is a beautiful place, travel has been my greatest teacher, my close friends and folks are the greatest givers. I even have a ring of support around my bed as I type.

Brittany Maynard’s decision to take her own life comes after being diagnosed with stage IV glioblastoma multiforme, an aggressive form of terminal brain cancer with doctors in April giving the newly married woman just six months to live.

Told she would die painfully and slowly the Californian woman then moved to Portland, Oregon to take advantage of that state’s ‘Death with Dignity Act’.

Prior to Maynard’s decision to take her own life there had been debate as to whether the woman was making the right choice and by extension whether Oregon’s law potentially opened the floodgate for other states to adopt the measure along with the ethics of taking one’s own life.

Told Maynard: ‘When people criticize me for not waiting longer, or, you know, whatever they’ve decided is best for me, it hurts, ‘because really, I risk it every day, every day that I wake up.’

Maynard also revealed that her health has been deteriorating and described a recent ‘terrifying‘ day when she had two seizures and found herself unable to say her husband’s name.

‘I think sometimes people look at me and they think. “Well you don’t look as sick as you say you are,” which hurts to hear, because when I’m having a seizure and I can’t speak afterwards, I certainly feel as sick as I am.’

Adding: ‘The worst thing that could happen to me is that I wait too long because I’m trying to seize each day but I somehow have my autonomy taken away from me by my disease because of the nature of my cancer.’ 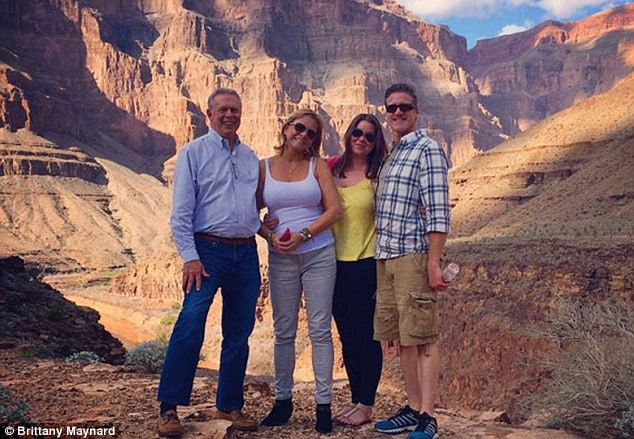 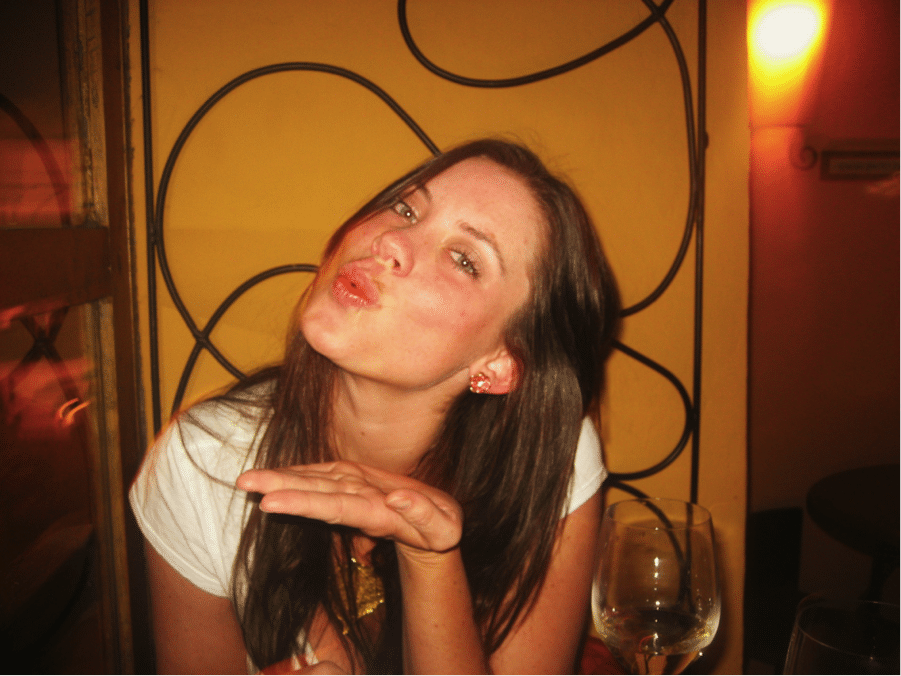 But just a day after the experience, she suffered her ‘worst seizure thus far’, which left her temporarily paralyzed and tired for the rest of the day.

‘The seizure was a harsh reminder that my symptoms continue to worsen as the tumor runs its course,’ she wrote on her blog.

She finished the post by saying she found meaning in her battle for other states to implement right-to-die laws, as Oregon and four other state already have.

‘My dream is that every terminally ill American has access to the choice to die on their own terms with dignity,’ she wrote. ‘Please take an active role to make this a reality.’

Brittany Maynard’s death has once again highlighted the argument of quality of life versus just quantity.’  An argument which has since led to a variety of responses on social media…

Then there were these thoughts on the web that made me wonder as well:

This country should not get to decide what someone wants to do with their own body. It is a very personal choice and should be made only by that person. The fact that she had to uproot her life, wasting precious time, just so when the moment comes she can die a better death than agony is a black mark on this nation.

Our country needs to have a serious discussion about this and I suspect with Baby Boomers getting up there in age now, we just might. People deserve to die in the way they see fit. They deserve a choice.

If one wants to take their own life why do they need approval by a doctor – just do it. To push for a law that allows doctors to help them pushes the envelope one step closer to mercy killings and then killings due to costs. Think it will not happen then just look at abortion. First is was for incest and rape and now it can be done for gender selection. This is yet another Pandora’s Box. This woman was not brave but selfish. 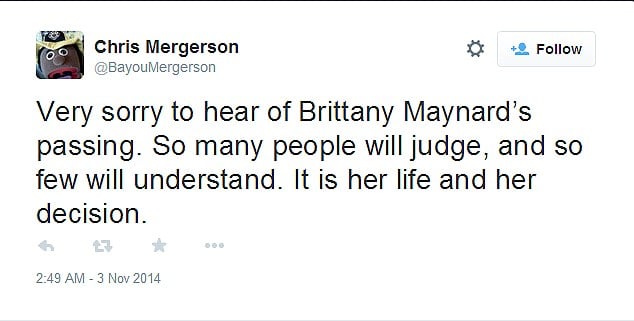 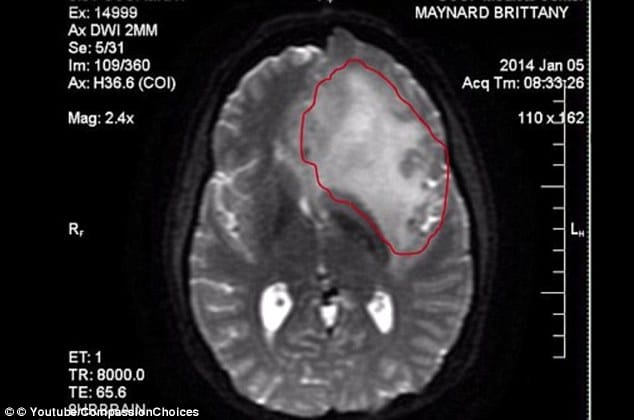