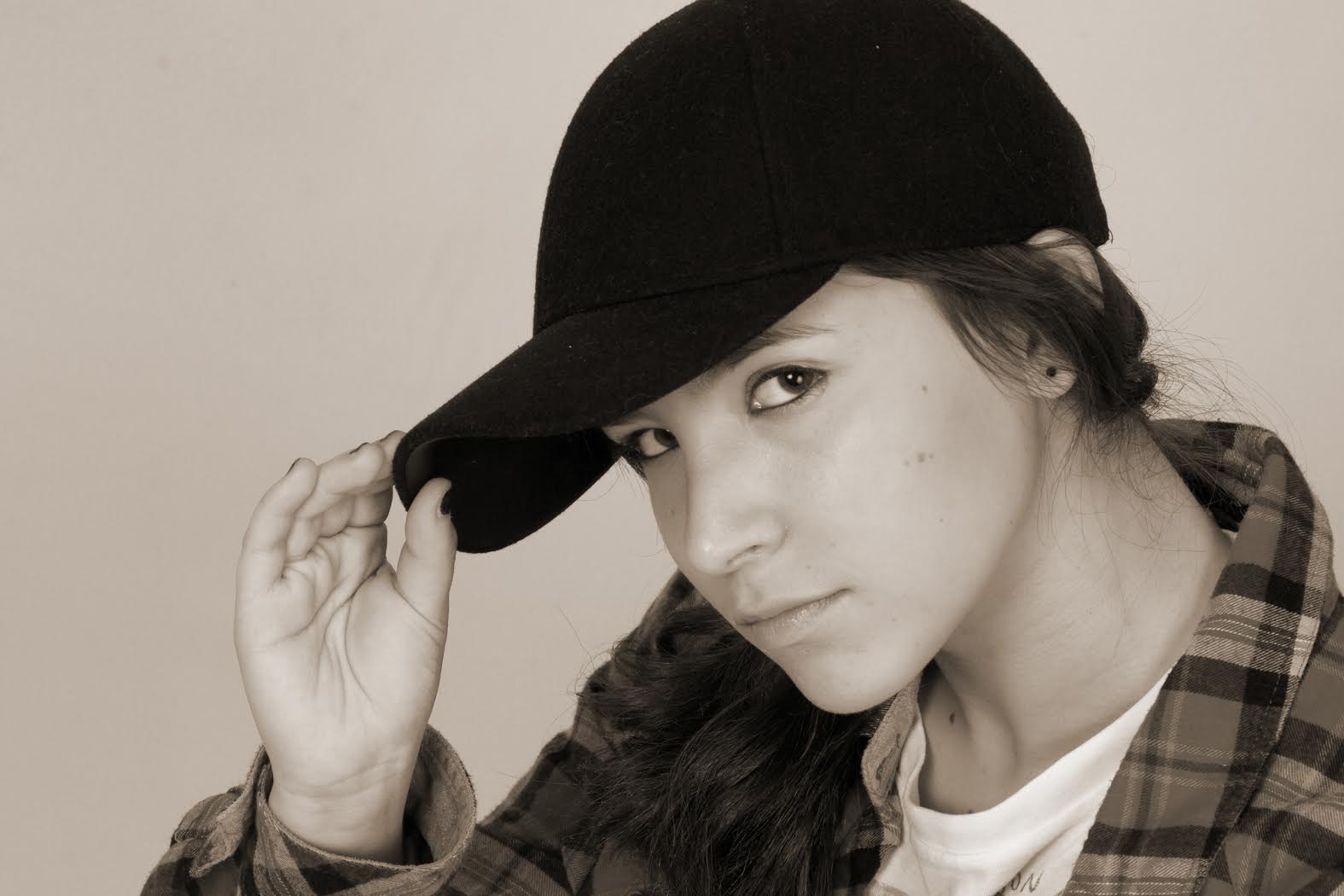 At only 15 years old Ariel Bavly has made her presence known as a talent to be reckoned with. Already cast as a principal in the gutsy short film , ‘The Seduction Theory,’ the actress and performance artist also comes hammed with stellar singing chops (her range and tenor captivated me) and with her background in musical theater the  pop/punk/folk singer means to segue way her talents and presence into a thriving career. And I’m betting she’s going to actually get there.

Intrigued by the gutsy atypical presence and heartfelt singer who’s intent on forging her own identity as a creative and an identity as a contemporary singer, actress and stage persona I recently sat down with Ariel Bavly whose latest songs, Respect had me gushing at her sense of bravado and feminist chic intuitions.

SCV: What defines you as a performer? What’s your attitude when it comes to writing songs and performing them?

AB: Hmmm… I am a white girl who can dance. I have been told that I have an intensity when I perform that is captivating. I strive to take people through a journey, through an experience. When I perform, I aim for everyone to forget what is going on around them and put them in a state of mind that reflects the mood I intend to create and feel with my audience.

Attitude in writing can be sarcastic, sassy with an edge, but still current and enjoyable- something anyone can relate to, if they are willing.

My attitude when it comes to performing is demanding and meaningful, something that gets away from all of the stereotypes and expectations in this world. A place where I can have fun with a group of strangers. This is a place to break free and enjoy.

SCV: Your background is in acting, dance and theater singing. Tell me which came first and how you managed to segue way all three?

AB: I started off as a musical theater kid (seems like almost everyone starts there), where acting and dancing is very important. I am very fortunate to have that background. I have had a lot of training over the past 2-3 years in acting for TV and film, spent this past summer at the Relativity Summer workshop at LA Centre Studios. I started writing and training in pop music three years ago as well. My background gives me a lot of depth to pull from when I am out on stage, wanting to take an audience on a journey with me.

I really want to master each area of performing arts that I am doing (pop singing, musical theatre, dance, TV and film acting). They do interrelate, and I often draw on the different areas in a particular performance. I can be most creative and myself in singing my pop music which is so rewarding.

AB: In person I am very relaxed and laid back/quiet, on stage I am demanding with a cool vibe.

Brand of attitude: Cool girl, comfortable in my own skin, edgy, down-to-earth, not intimidated.

SCV: You have a remarkably gifted voice and tenor and range. How do you anticipate defining yourself as a performer and within which genre? Can a 15 year old only make it as a pop/dance star?

AB:That is very kind. I would love to be a part of the commercial world but still keep it different and unexpected within its limits. Keeping it pop/R&B with a hint of punk rock. Of course I do not intend to send the messages of your stero-typical/hard-core punk rock bands but I do mean to get away from the obvious and the way young girls my age are expected to act. Someone like P!nk is definitely a good example of this.

A 15 year old can most definitely make it as a pop/dance star. I am confident that I can bring something to the table that no one has ever seen before with my ways of approaching a pop-performance. I do not think age makes a difference here. If you are 15 and don’t act or present yourself too old for your age (because that usually turns people off), you can do anything. It is your art. But you need to keep the public in mind.

SCV: In your song ‘Respect’ (now on iTunes) your lyrics harbor about the notion that if the boy treats with you with regard and not as an object to conquer or with his toys he just might get your attention. What inspired you going out of your way to write this song?

AB: It pisses me off that some girls (a lot at my high school) are okay about putting together this image of sexuality. Sexuality is fine, if it is done classy, but in the from that I mostly see, it is slutty. A lot of girls don’t care anymore how guys view them as a person, I’m not trying to call myself a feminist, but I think some girls need to get more respect for themselves, so they’re not constantly encouraging guys to think and look at them/us in the way that we are a trophy for them to win. I know not every guy is like this.

But the ways girls present themselves, encourages this idea and it is confusing/disturbing that someone would want to be looked at or treated like that. I don’t like being a part of people’s games. I don’t appreciate the whole idea and how girls think it’s cute to act stupid and present their bodies in a provocative way.

If you look at most of the situations out there, women/wives are majority of the ones being killed or beaten by other men/husbands/rapists, etc. Just putting that out there- girls/women need to stand up for themselves, respect themselves.

SCV:  What do you of the crop of female performers who always seem to be showcasing their sexuality in their work? How does a female artist go about imparting her identity in her craft?

AB: I think it is okay if you are showcasing your body like that through artistic choices/decisions. If you are doing it in a crass manor, it doesn’t make sense to me. I do not support that, especially if it does not fit the image of the artist and they are just trying to get attention. I don’t know many commercial female artists who do not do this and it is silly. People don’t realize that you can be a female pop artist without constantly showing sexuality, not that I have a general problem with it, but that is not what I am going for and I want to show that you can still be entertaining without all of that.

SCV: You mention one of your influences is punk and folk music. Can you elaborate further and is this to suggest you look beyond the obvious in contemporary culture when it comes to defining yourself? Isn’t a 15 year old suppose to be just pretty and sing about her broken heart?

AB: I definitely do look beyond the obvious. I have never been your stereo-typical girl who most people expect to see or come in contact with. I have never quite fit in with the crowd and the regular girls. I don’t have a problem with 15-year old girls singing about those things, but it is not my personal taste. I do not like that my age has to effect what I want to say and the way I want to present myself. I intend on staying true to my art and ideas. 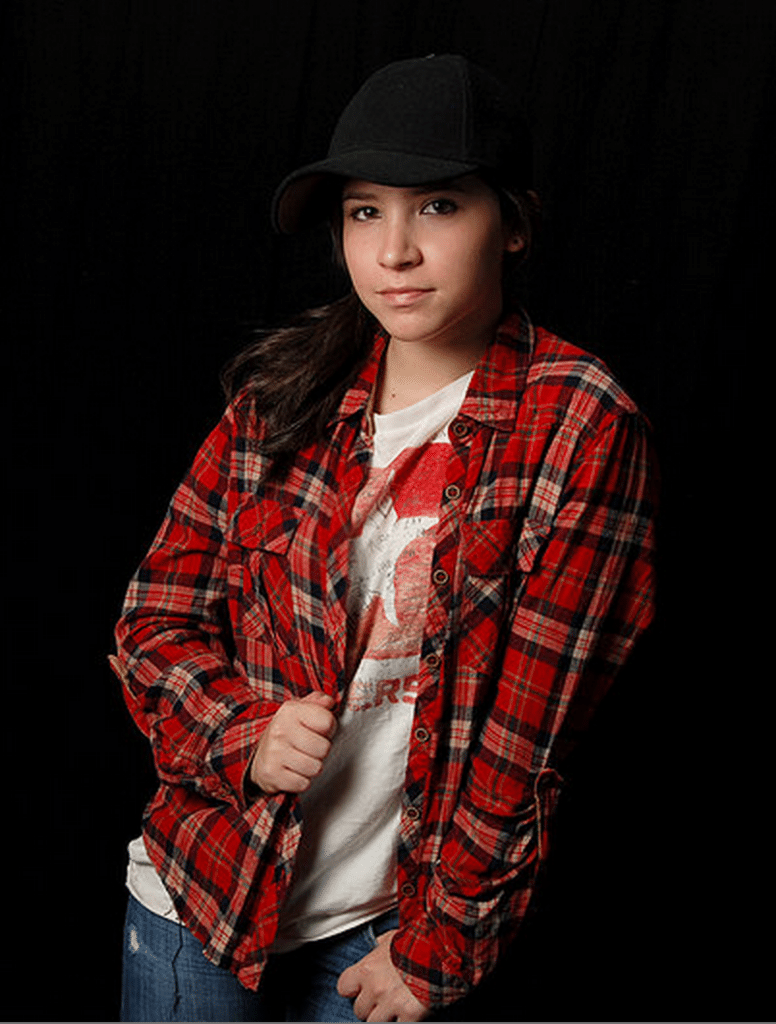 SCV: Have you ever thought about appearing on American idol and if not why not? What would you say to Simon Cowell if he walked up to you right now?

AB: I used to but I have different thoughts now. I think shows like that limit you and they want you to have a certain image that they create for you and put you in. It is sometimes hard to have a say in shows like that. If you don’t do well on the show, the chances of making it after are pretty low. I do respect so many of the artists who go on those shows though. So much talent on those shows – some don’t go anywhere and it is unfortunate.

I mean if Simon Cowell happened to walk up to me wanting anything to do with me I’d probably praise him – haha. I think Simon Cowell is brilliant and he knows what he is talking about. He has a very strong sense for marketing and what sells and what doesn’t. I respect him. I would give him those compliments.

SCV: How does a 15 year old make it as an acclaimed performer and why are you standing your ground?

AB: 15 year old makes it as an acclaimed performer by not being fooled by the thoughts of others. It is hard at a young age to make it in this business. You have to be very confident in yourself and in your work because there are a lot of nasty people out there. I am standing my ground because this is what I have to do. I want to do something different and I intend on sharing and experiencing my art with others the way I feel it should be done, for me. I want to show that it is okay to be different.

SCV: Who are some of your biggest influences in your craft?

AB: My biggest influences in my craft are Hayley Williams, P!nk, Avril Lavigne, and Michael Jackson. Out of anyone, Michael Jackson has been a huge inspiration of mine and was the first person I looked up to in the pop industry. I can’t even go into detail about his brilliance, but I’ve always been obsessed with his work. But as an artist myself, I love Avril Lavigne’s image, P!nk’s ways of performing, and Hayley Williams presence- she is magnificent. They are all very smart with their voices as well.

SCV:  What are you working on now and who are some of the individuals you have collaborated with?

AB:I am currently playing Anita in West Side Story and later hope to get back to writing pop music… My father is a talented pianist. We work together a lot – for the most part he writes music and I lyrics. I am also in the middle of working on a new song for a documentary with an Emmy winning videographer, whom I work with a few years ago in an educational film re: signs of suicide. By the way, a very big problem right now. Three teens in my hometown (two in my high school) committed suicide last year.

SCV: How does music define you or do you define it?

AB: I don’t know where to begin. Music is a way of expressing yourself through an imaginary, creative perspective. Music gives you the freedom to say what you want or sometimes need to say- something that can be hard to do in real life. Music is whatever you want it to be. Music is my escape. There are no rules and that is what I love most about it. It has helped me through a lot in life and I don’t know how I would have managed without it. It is the sound that strives to break out of your soul and everyone has his/her own idea of how that should be expressed. We all have different tastes in music and each kind impacts us differently. It defines your feelings in a way that cannot be described. It is like getting a taste of ice cream after a terrible meal. It is a relief from reality. When listening to music, there is so much you are capable of. You can create a new setting, create a new mindset, a new reality. 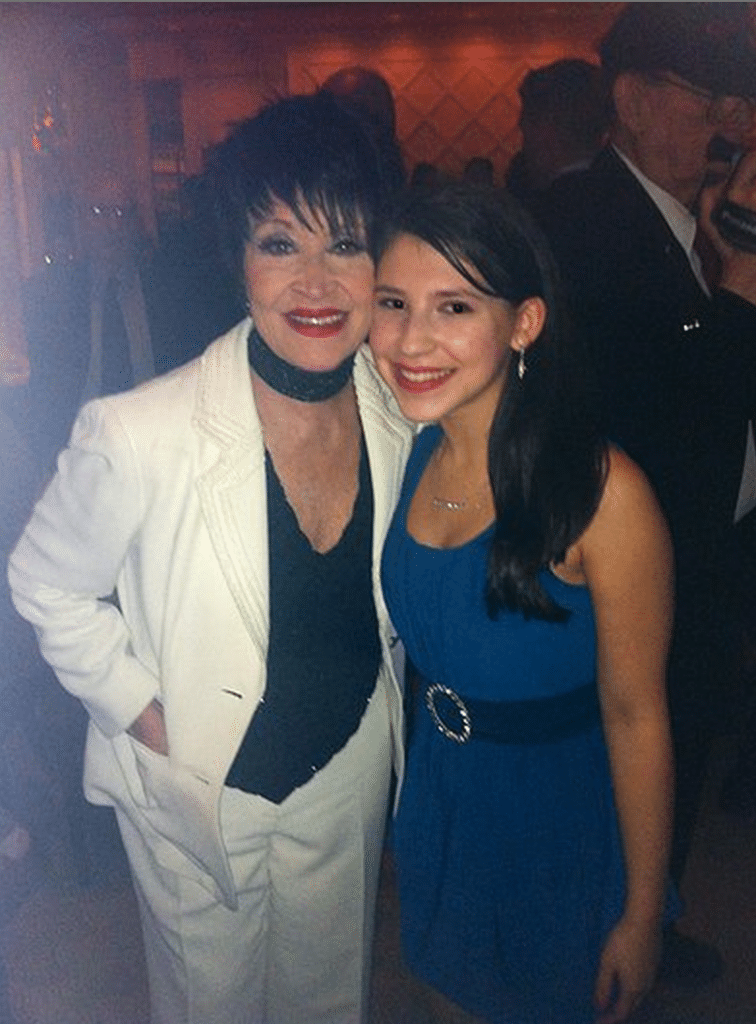 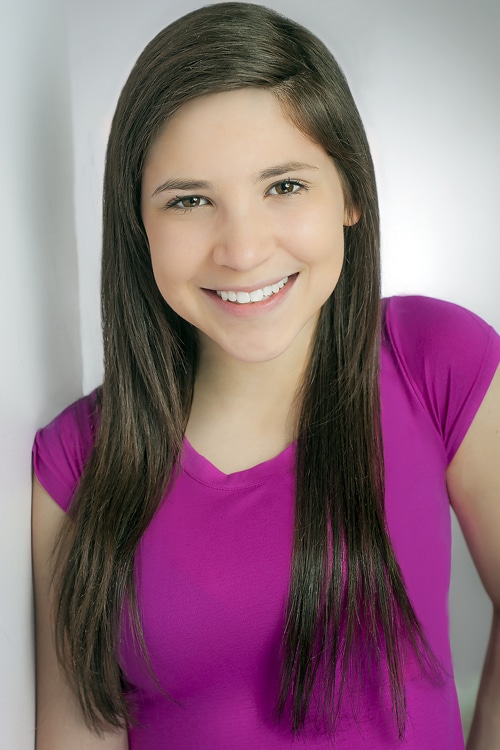