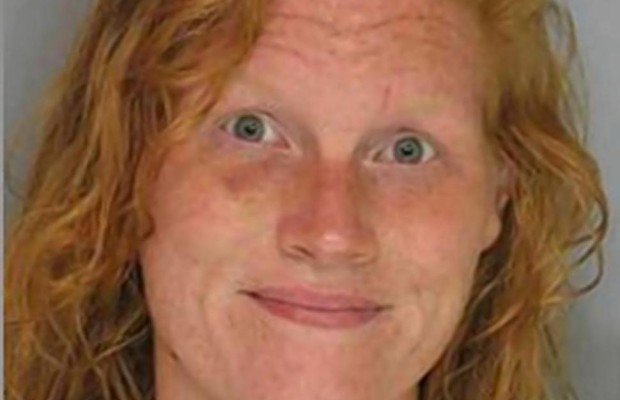 Ashley Gabrielle Huff a 23 year old Georgia woman with no criminal history has come to spend a month behind bars after cops confused SpaghettiOs for meth.

Huff was first detained on July 2 after officers in Gainesville found a spoon with a dried substance baked onto it inside her car during a routine traffic stop.

The woman claimed it was residue from the canned pasta that she liked to eat in the vehicle.

Police, however reports the Gainesville Times believed it to be methamphetamine.

Despite her pleas the woman sent to Hall County Jail for two days so cops could conduct crime lab tests on the mysterious texture.

While she was waiting for the results to come back, Huff was also ordered as part of her court arraignment to seek drug counseling.

Unable to make all of the appointments Huff would once again come to be arrested.

Unable to make the bond payment, she was put in jail from Aug. 2 until Sept. 18.

‘I think she said it had been SpaghettiOs,‘ Hall County assistant public defender Chris van Rossem said, adding, ‘From what I understand, she was a passenger in a car and had a spoon on her, near her, and I guess the officer, for whatever reason, thought there was some residue.’

What makes matters worse is Huff, despite not having a criminal record was willing to take a plea just to get things over and done with so she could move on.

‘I think what the unfortunate part about her case is that she was probably willing to take the felony to close out her case so that she get out of jail, even though she always maintained innocence,‘ van Rossem said.

Huff was finally released Thursday after tests on the substance proved it wasn’t meth — and showed that it was in fact, as she’d claimed all along, spaghetti sauce.