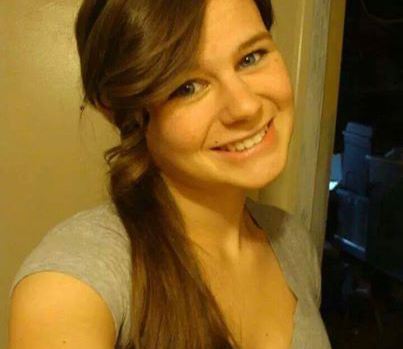 Theresa Marie Dekeyzer, a 22 year old Michigan woman last seen on June 16 near her Warren home has been discovered dead in a 55 gallon plastic drum filled with concrete in a Detroit are storage facility.

The woman’s decomposed body would be identified after an autopsy which would confirm the victim’s identity using tattoos, clothing and jewelry.

Since her disappearance cops have focused their attention on the woman’s boyfriend, Scott Wobble who reported that he last saw Theresa Dekeyzer on June 16, the last time anyone had heard or seen of her when he ‘dropped her off home.’ The boyfriend’s statement comes off the back of having recently been jailed for violating probation in a Midland County drug case.

During the time the woman had been missing,  The Detroit News reported that Theresa Dekeyzer hadn’t used her cellphone, accessed her bank account or picked up her paycheck.

An inspection of her home would reveal that the woman left behind her cellphone charger, a half-finished cigarette resting in an ashtray, along with a medical marijuana card prescribed for depression/anxiety. 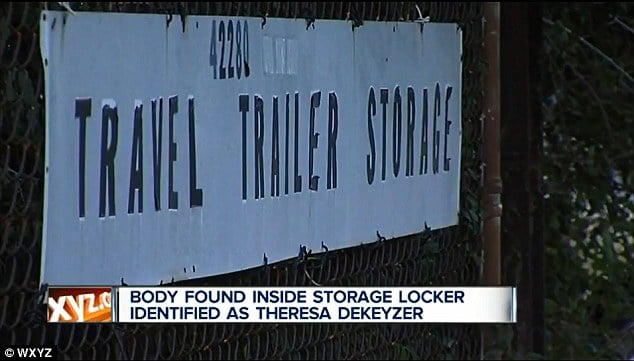 Cops would tell the woman’s body came to be found in a trailer storage facility in Plymouth Township after obtaining a search warrant off the back of tips.

Offered storage facility manager Doris Temple who has worked at the venue for over 30 years: ‘I’ve never had anything like this happen, and it’s kind of frightening for me.’

Temple would tell authorities a man had rented the storage facility nine days before DeKeyzer disappeared. That said she declined to identify the renter to reporters.

‘It was an enclosed trailer, it had no windows, no nothing, just the back opens, that’s it,’ she said. ‘Sixteen feet long, maybe.’

Plymouth Township detective Charlie Rozum said investigators believe the barrel was filled with sand and was sealed with a concrete cap. He said the barrel was inside a small trailer.

Yet perhaps most disarming are reports that a day prior to her disappearance, Theresa Dekeyzer had filed a domestic assault report against her drunken boyfriend. During that episode, cops had photographed images of her injuries sustained after Scott Wobble dragged her out of his car and punched her in the face.

Told Warren Police Commissioner Jere Green by way of Detroit CBS: ‘Obviously, the discovery is linked to the suspect in the case.’

Adding: ‘It was quite disturbing to see a 22-year-old young gal stuff in a 55-gallon drum and cement poured over her in the fetal position.’

In the interim, the state’s chief suspect, Wobbe remains in jail on drug charges and for violating his probation with the domestic assault. At present it is not understood if charges have been filed against him or whether he has admitted complicity with respect to his former girlfriend’s unexplained death.

DeKeyzer’s family told they were devastated since their daughter’s remains came to be identified yesterday. 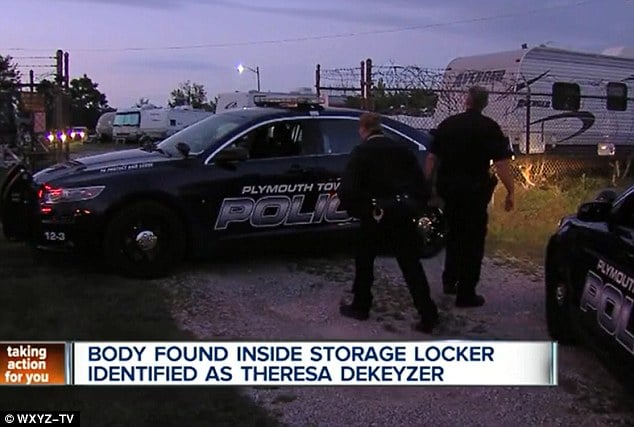 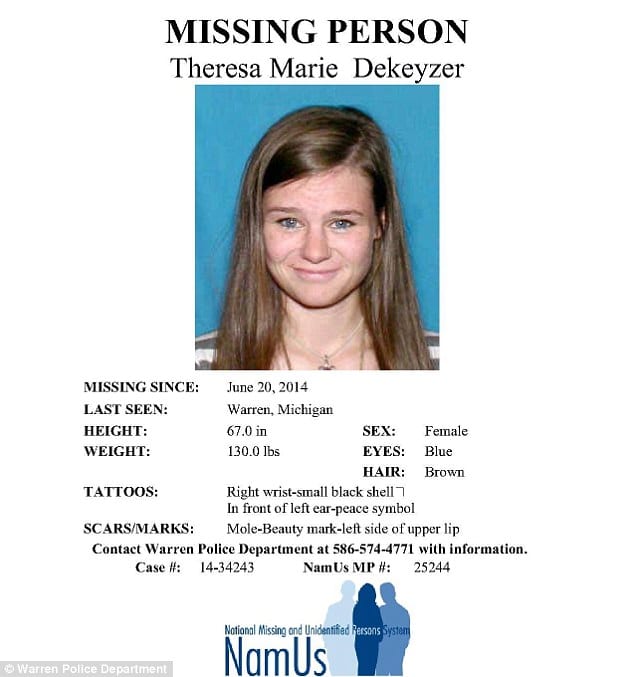