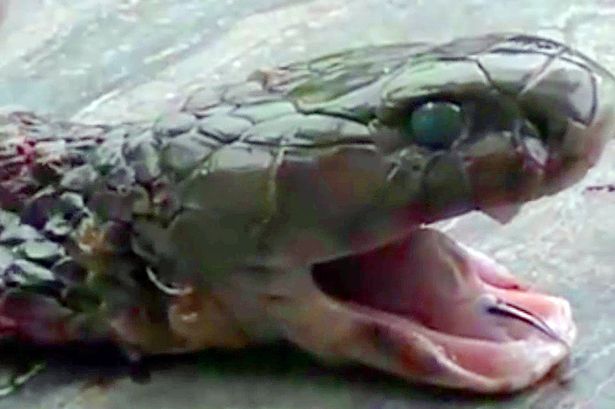 Peng Fan a Chinese chef has died after a spitting cobra bit the man in his hand. The man’s death came despite the fact that Peng Fang had 20 minutes earlier had decapitated the cobra snake prior to proceeding to cooking it.

At the time, Peng Fan from Foshan, Guangdong province, southern China, had been preparing a special dish made from Indochinese spitting cobra, a rare delicacy.

It was as he went to throw the cobra’s head away the bin that it bit him, injecting Peng Fan with its flesh-killing, neurotoxic venom.

Prior to the misfortune, the snake was being diced up to be made into snake soup, which is a delicacy in Guangdong and a much sought after dish in the province’s high-end restaurants.

‘We did not know what was happening but could hear screams coming from the kitchen.

‘There were calls for a doctor in the restaurant but unfortunately by the time medical assistance arrived the man had already died.

‘After we heard that we did not continue with our meal.’ 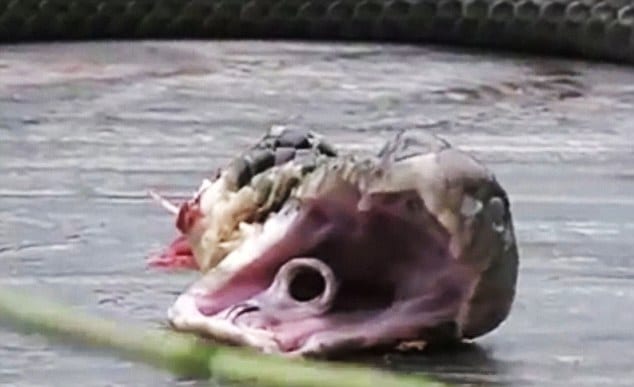 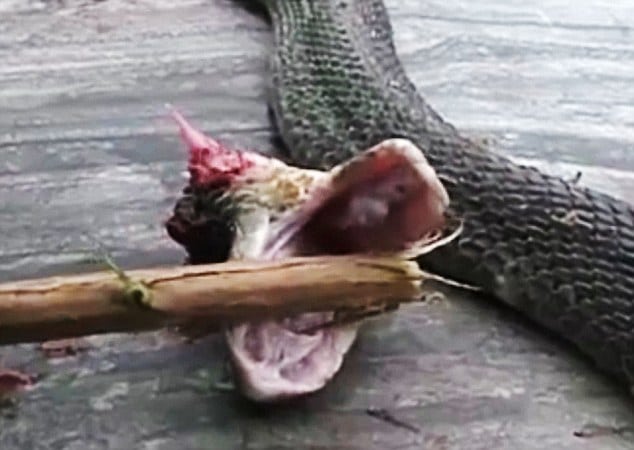 Police say Peng died before he could be given life saving anti-venom in hospital. Victims of the Indochinese spitting cobra generally asphyxiate after the neurotoxin paralyses their respiratory system.

Told a police spokesman: ‘It is a highly unusual case but it appears to be just an accident. The man had a very severe reaction to the bite.

‘There was nothing that could be done to save the man. Only the anti-venom could have helped but this was not given in time.

‘He prepared the snake himself and was just unlucky. It was just a tragic accident.’

The UK’s dailymial notes that snake expert Yang Hong-chang – who has spent 40 years studying cobras – says all reptiles can function for up to an hour after losing body parts, or even their entire body.

‘It is perfectly possible that the head remained alive and bit Peng’s hand,’ he said.

‘By the time a snake has lost its head, it’s effectively dead as basic body functions have ceased, but there is still some reflexive action.’

‘It means snakes have the capability of biting and injecting venom even after the head has been severed.’

Adults average 3ft to 3.9ft long but can reach a maximum of 5ft, and are found in lowlands, hills, plains, woodland and jungle. It mainly feeds on rodents, toads, and other snakes.

Primarily nocturnal, it is more likely to flee when threatened during daylight. At night it becomes more aggressive, display its hood and spit out venom.

Offered one local: ‘Snake meat is really good for us. It is not so easy to get and is expensive but it has spectacular health benefits.

‘I have never heard any cases of a dead snake killing anyone, especially not in the kitchen.’ 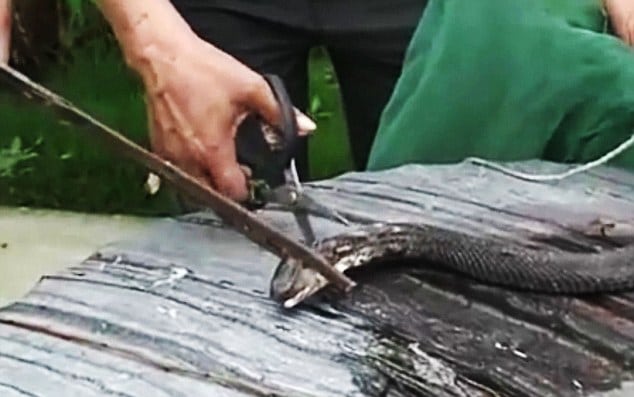 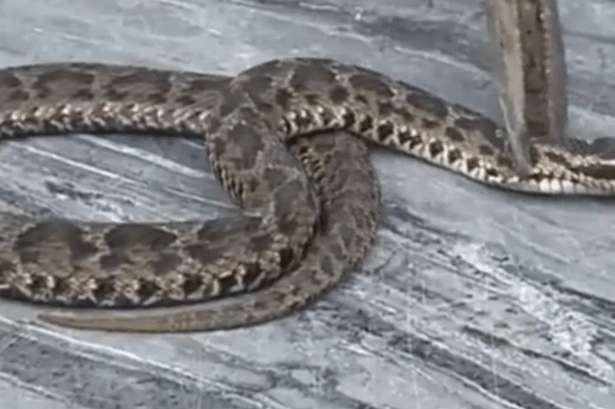