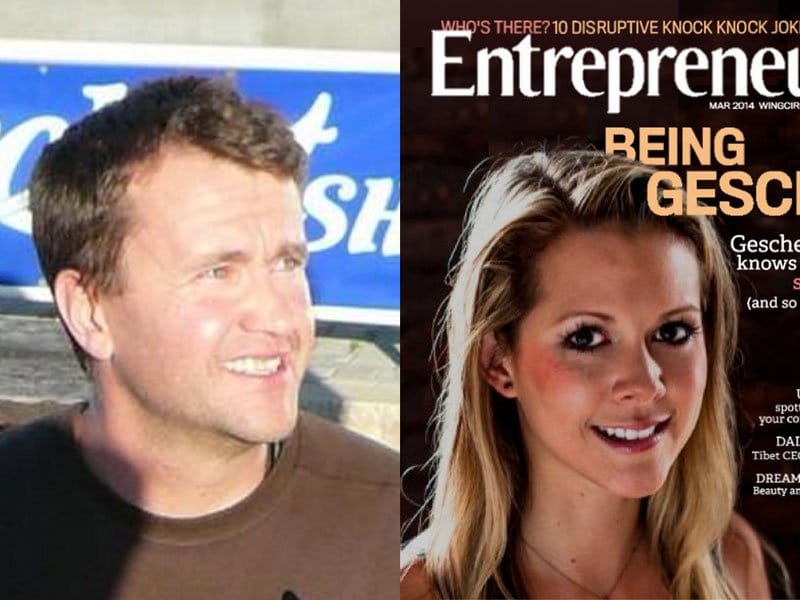 It seems some businessmen simply don’t like to take no for an answer, especially when it comes to orchestrating sexual overtures at business networking events. Case in point, Czech investor, Pavel Curda who left one aspiring NYC techie (and hottie) Gesche Haas reeling after purportedly sending her a note telling her that he was ‘not leaving Berlin without having sex with you. Deal?’

After having secured a meeting with the much demand Pavel Curda, Haas was hopeful that the meeting may in some way help secure her future.

But instead upon returning to her hotel room she came to find the following thank you note: ‘Hey G, ‘I will not leave Berlin without having sex with you. Deal?’ 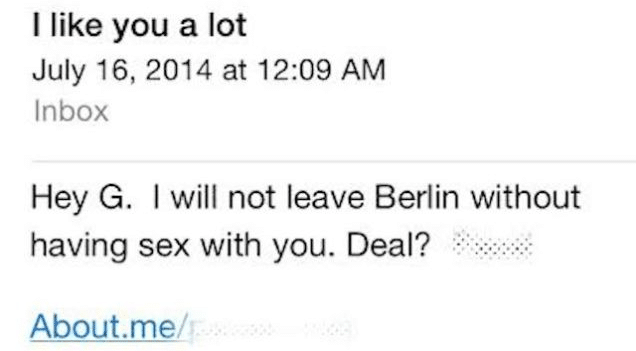 Told Haas, who works for a design sharing website and runs her own networking company for women viaValleywag: ‘I was so flustered. I couldn’t sleep for an hour or two. What did I indicate to him?’

But to her chagrin, Gesche Haas would discovered that two other women at the conference, Amy Vernon and Allyson Kapin had also received the same email from Pavel Curda.

Reiterated Haas: ‘That eliminated the factor that I’d brought this on myself.’

That said,  The Next Web has since told Berlin-based Lucie Montel also got the same exact message from Curda at the July conference she came to attend. 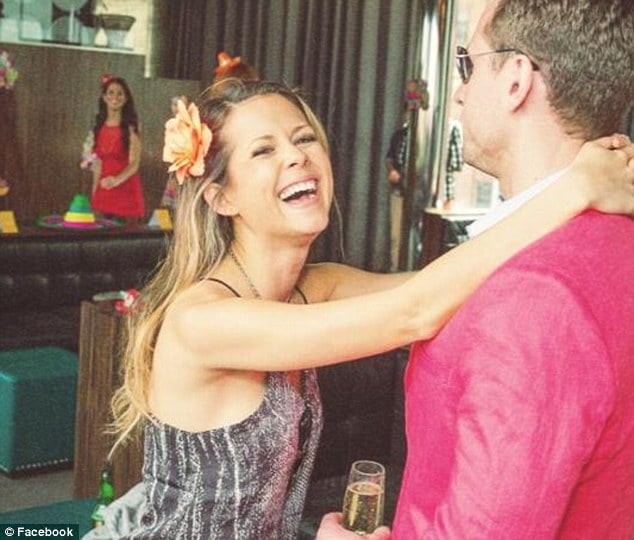 When Gesche Haas next saw Curda – who says on his website that he specializes in ‘connecting talent with right investors’ and ‘providing tough love and tactical hands-on help with business strategy’ – she told him his email was ‘inappropriate’ and never spoke to him again.

Curda for his part would claim that his email account had been hacked (which is what you expect from uber tech investors, right?).

Told Curda: ‘Sorry, my Gmail was sending phishing emails to some of you this morning. Do not open the message. Sorry.’

Haas’ LinkedIn profile tells that she works as Head of Growth for Conjure.io, which allows users to share designs and get feedback. She has been with the company just a month.

Her page also describes her as the founder of her own business, Dreamers & Doers, which aims to connect entrepreneurs, investors and advisers, her LinkedIn page explains.

Haas has since told that she chose to reluctantly sharing her story, after fearing what reaction she would get as some people might think she was attention seeking. That said it was not necessarily understood how Haas’ co workers could potentially assume as much unless Purda’s note had come to be leaked?

Nevertheless Haas has told that she has decided in going public in the hope it would encourage other women to speak out.

‘I believe that when women see what I posted, next time it happens, they’ll call them out,’ she explained. ‘Opting to be too scared to associate my name to something like this just did not seem to be the right answer, or the type of example I’d like to set.’ 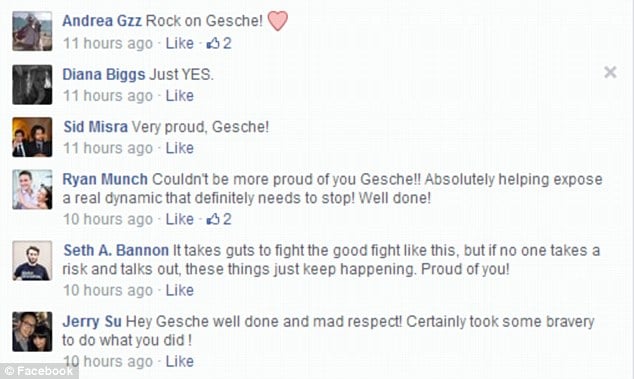 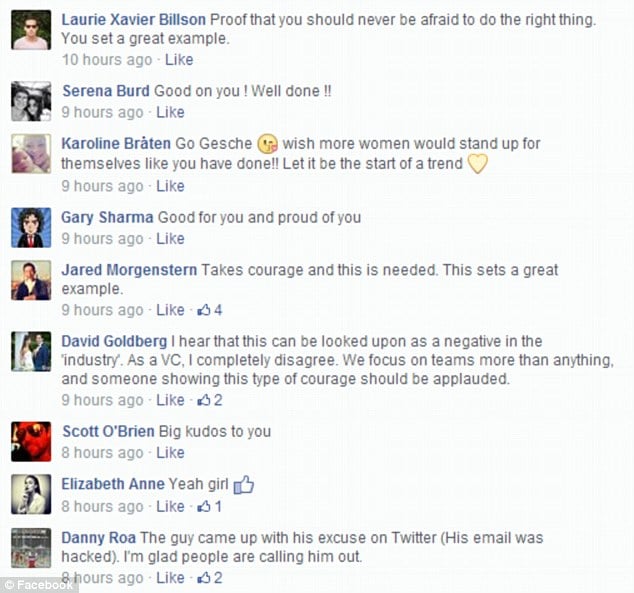 Since then, Gesche Haas has received numerous messages of support from both men and women.

On Facebook, Seth Bannon said: ‘It takes guts to fight the good fight like this, but if no one takes a risk and talks out, these things just keep happening. Proud of you!’

Karoline Braten said: ‘Wish more women would stand up for themselves like you have done! Let it be the start of a trend.

David Goldberg said: ‘I hear that this can be looked upon as a negative in the “industry”. As a VC (venture capitalist), I completely disagree. We focus on teams more than anything, and someone showing this type of courage should be applauded.’

Since news broke of a purported transient come on, Pavel Curda has followed up his initial statement by tweeting the following: ‘Many of you witnessed in past weeks, that my Gmail was hacked. Sorry for weird messages you might have received. Do not open any attachments.’

Curda describes himself online as an angel investor and a VC – venture capitalist – scout, an area dominated by men at Silicon Valley. 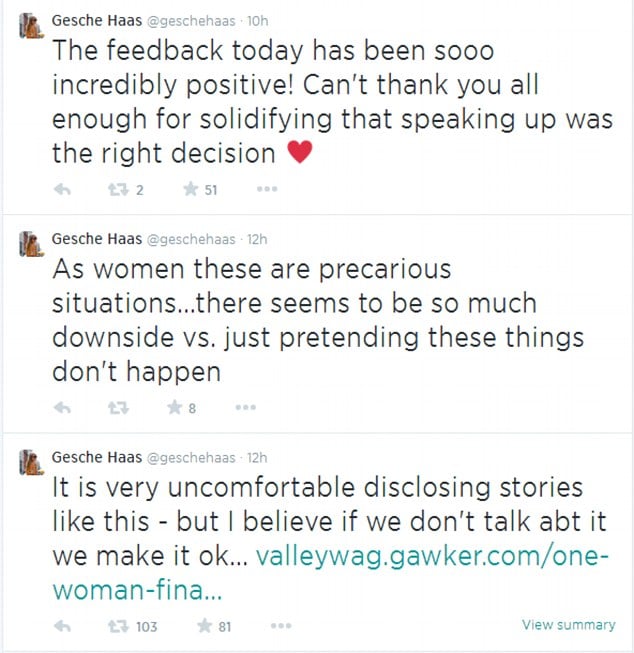 The fracas comes as reuters came to report today despite the lip service Silicon Valley has given over the past couple of years to the need to recruit more women venture capitalists, at senior levels the industry’s gender balance hasn’t budged.

Heavy also points out that ValleyWag has made a concerted effort in recent weeks to cover stories about women in the tech industry who have been affected by “sleazy” male behavior. ValleyWag recently covered the story of Evan Spiegel, the CEO of Snapchat, and his history of sending emails that objectify women. More recently, ValleyWag covered the “perils of fundraising while female,” and noted that many women in the tech industry who are harassed keep the name of their harasser out of the press, fearing retribution.

Interestingly since the fracas has come to make tabloid headlines, Pavel Curda has taken to sending an email to Business Insider: ‘I regret sending the messages while I was in Berlin in July, mentioned recently in the press. I apologise for them and I am ready to apologise again in person with a big bouquet of flowers.’

Isn’t it time Pavel Curda also sent you a bouquet of flowers too ladies?

Then there were this comment on the web that made me wonder, make of them as you will:

Pavel was on our advisory board a while ago, however on our very first meeting he asked about hookers, and I was taken by surprise. That was the time I had warned a lot of startup incubators in Europe about his behavior and to be careful.

Thank you so much for bringing this out in public.