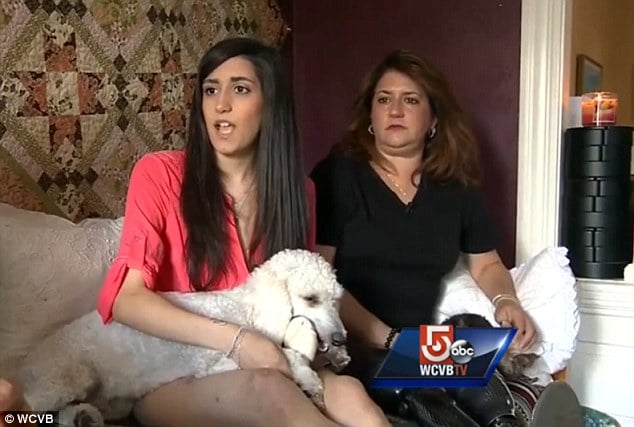 Sydney Corcoran a 19 year old teenager physically and emotionally hurt in last year’s Boston Marathon bombing was reduced to tears earlier this week after a New Hampshire, TJMaxx outlet asked her to leave the store when she refused to put her accompanying service dog in a cart.

Told to either put her dog in a cart or taken outside, Sydney Corcoran who argued that she needed the service dog as an emotional copying mechanism after  her mother, Celeste’s legs came to be blown off during the marathon was told that store policy forbade the presence of the service dog.

The girl who also came to be hit by shrapnel blast in last April’s explosions described the service dog as ‘my little cheerleader.’

She told WCVB that when the pair were in the store Koda was wearing his working-dog vest to prove he wasn’t just a regular pet.

The teenager claimed that the store manager approached her as she shopped and said the store’s policy meant the dog would have to go in the shopping cart or leave.

Trying to explain Koda was a working dog and wouldn’t comfortably go in the cart, Sydney Corcoran became upset and embarrassed, and left the store close to tears.

The Americans with Disabilities Act of 1990 states that any business must allow service animals in public areas and can only ask the patient if the dog is, indeed, a service dog, and what tasks it performs.

At the time the teenager’s mother rushed to the store to try to intervene on her daughter’s behalf.

The teenager would tell that the store manager that ‘sorry wasn’t good enough‘ and that  ‘you just made someone with an emotional disorder so much worse.’

Since the bombings Sydney Corcoran tells she has suffered with stress and has found it hard to sleep, with Koda starting to help her heal.

‘It’s knowing that I have this little support system that’s all my own … Honestly, I sleep better now,’ she told of her constant companion.

TJ Maxx has since issued a statement saying it is taking the matter seriously and regretted how the situation was treated.

Read an issued statement yesterday: ‘We are taking this customer matter very seriously. Customers with disabilities who are accompanied by their service animals are welcome in our stores at any time. We have looked into the particulars regarding this customer’s experience and deeply regret that our procedures were not appropriately followed in this instance. We are taking actions which we believe are appropriate, including working with our stores to reinforce the acceptance of service animals.‘

Celeste Corcoran told she hoped her daughter’s experience would make more businesses aware of the laws about service dogs, and the animals’ abilities to help those suffering with post traumatic stress.

At present it is not necessarily understood how TJMaxx came to act against its own ‘purported’ store policy. 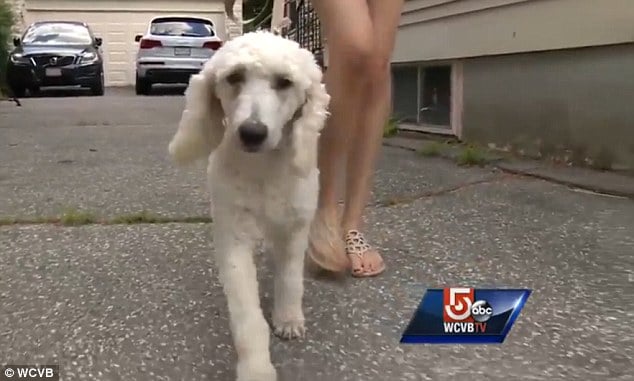 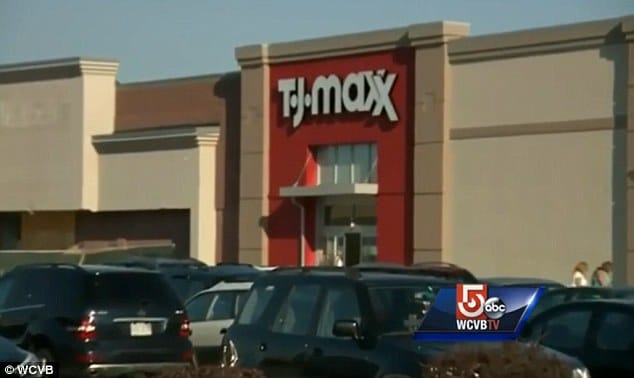