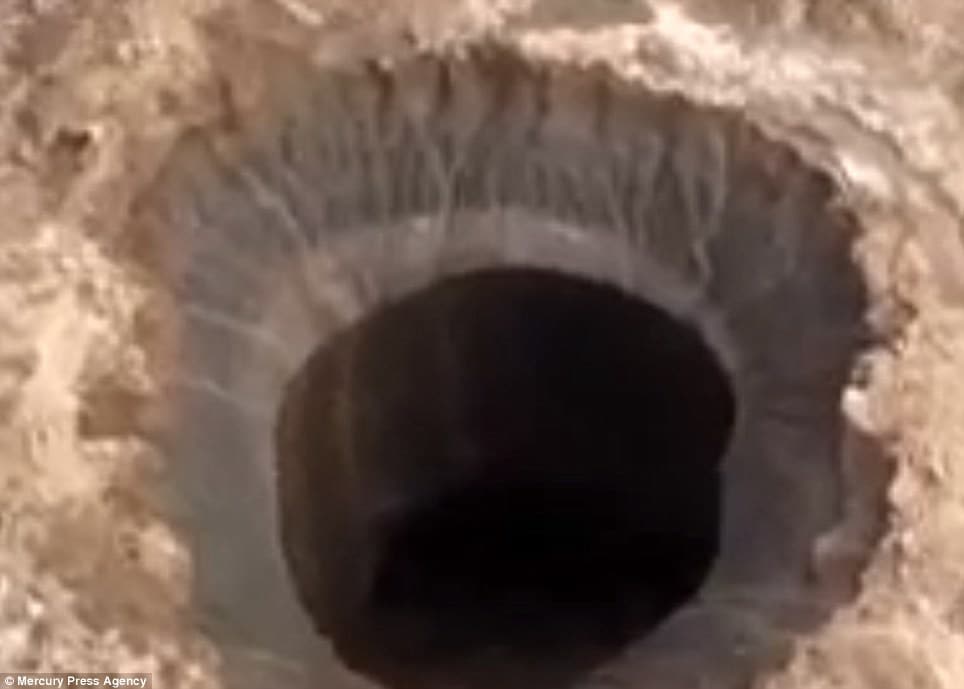 An expedition is set to depart tomorrow in the hopes of understanding how a sudden newly formed 262 foot crater appeared in a district of Siberia, known as the End of the World by locals.

Scientists became aware of the Siberia End of the World crater after aerial images came to show a mysterious hole  in the Yamal Peninsula of northern Russia, known to be rich in gas and a mere 20 miles away from Bovanenkovo gas field.

They will be accompanied by a specialist from Russia’s Emergencies Ministry.

A spokesman for the ministry’s Yamal branch has ruled out a meteorite, but says it is too early to say what caused the hole.

‘We can definitely say that it is not a meteorite,’ he says.

Told The Siberian Times: ‘A scientific team has been sent to investigate the hole and is due to arrive at the scene on Wednesday,’

The cause of the hole’s sudden appearance in Yamal – which literally translates as ‘the end of the world’ – in the far north of Siberia is not yet known.

In fact there has been so much web speculation about the crater that some have come to believe the crater is the result of the ‘the arrival of a UFO craft.’

But one Russian expert says the cause is more likely to be global warming releasing gases under the surface which came to explode.

Experts say that the darkening around the inner rim of the crater indicates ‘severe burning’ which scorched its edges.

Another theory involves the notion that the area was hit by a meteorite.

‘There is agreement that soil around the hole was thrown out of the crater, large enough for several Mi-8 helicopters to fly into it,’ The Siberian Times reported – before adding ‘not that they have.’

Tomorrow’s expedition task includes experts from Russia’s Centre for the Study of the Arctic, as well as the Cryosphere Institute of the Academy of Sciences.

The discovery effort plans to take samples of soil, air and water from the scene.

Joining them will be a specialist from Russia’s Emergencies Ministry.

A spokesman for the ministry’s Yamal branch has ruled out a meteorite, but says it is too early to say what caused the hole.

‘We can definitely say that it is not a meteorite,’ he says.

Anna Kurchatova from the Sub-Arctic Scientific Research Centre, thinks the crater was formed by a mixture of water, salt and gas igniting an underground explosion, a result of global warming.

Global warming may have caused an ‘alarming’ melt in the under-soil ice, released gas and causing an effect like the popping of a Champagne bottle cork, Ms Kurchatova suggests. 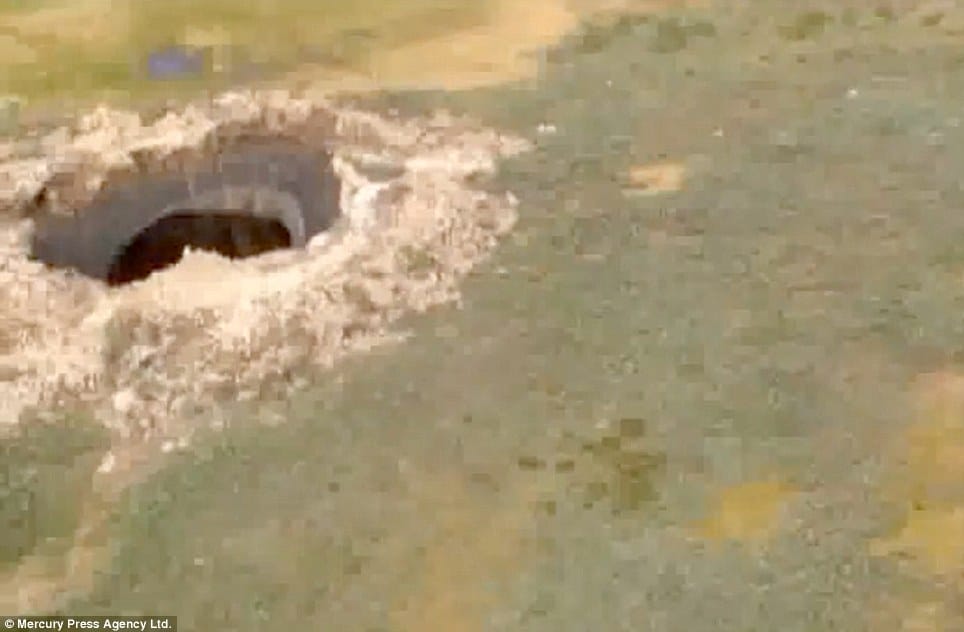 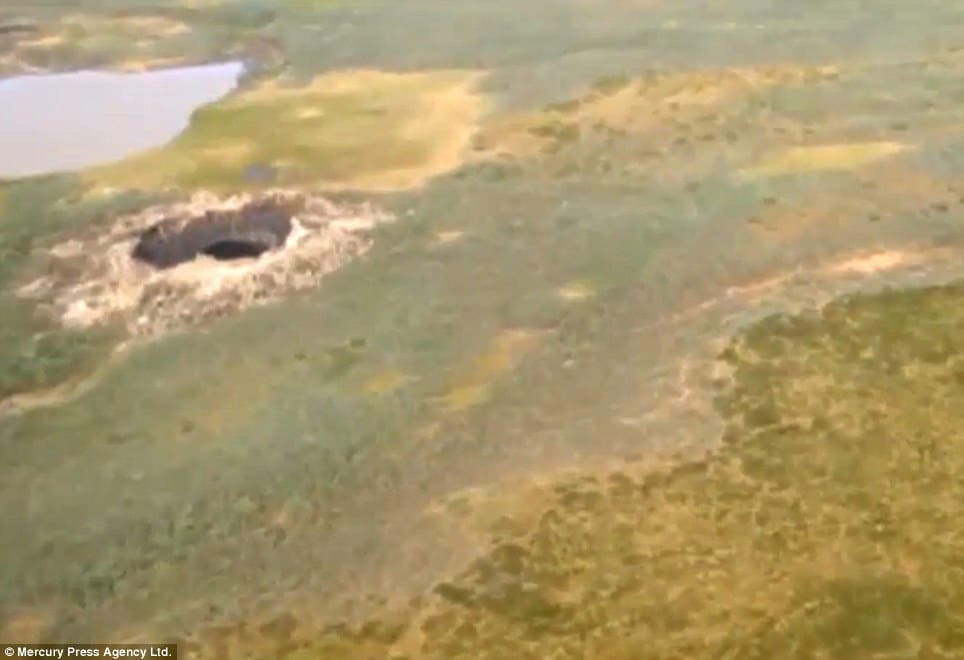