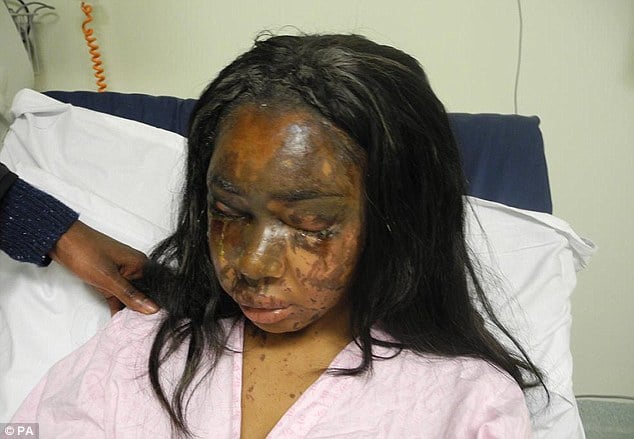 Naomi Oni, the victim of an acid attack which left her facially scarred for life has told she has started dating again – and that she is ready to find love.

The 22 year old young woman first hit the headlines in 2012, when acid was thrown over her face, head and body by her former friend Mary Konye, now 21 as she walked home from work.

The attack, which happened as she made her way through home in the UK’s Dagenham, burned off Naomi Oni’s eyelids, eyebrows and some of her hair.

Subsequent to the attack, Oni would come to face the trauma of her damaged appearances, forced to deal with suicidal tendencies and the belief that no man would ever want to marry her.

To her dismay, Naomi Oni would tell how two months after the attack, her boyfriend at the time would come to end their relationship, leaving her worrying that no other man would ever find her attractive again.

Since then, surgeons have painstakingly rebuilt her features and it’s given her a new lease on life – so much so, she has even started dating again.

While her recent relationship didn’t work out, Naomi explains that she and the man in question are still friends and that the relationship really boosted her confidence.

Speaking to Closer magazine about her date, Naomi told: ‘He said I was gorgeous and completely took me by surprise – he approached me in the street and said he’d read about my story and thought I was so inspirational that he wanted to take me out.

‘Things didn’t work out with the guy I was seeing and we’re just friends, but it’s boosted my self-esteem.

‘I’m enjoying being single at the moment but I’m ready to fall in love again with the right person.’

At the time of the attack Naomi described how, on her way home, she got off at her bus stop in Dagenham, East London, and felt a ‘presence’ before turning to see someone wearing a niqab.

She then felt a ‘massive splash’ as the acid was thrown at her, scarring her for life and disfiguring her face, dissolving her hair and eyelashes and burning her tongue as she screamed.

Street surveillance footage obtained by police after the attack showed Konye following Naomi as she left her job as a shop assistant in Victoria’s Secret in Westfield Shopping Centre, Stratford, East London.

Konye was sentenced to 12 years in jail in March, with Judge David Radford telling Konye her ‘deliberate’ and ‘wicked act’ had been devastating to Naomi during sentencing. 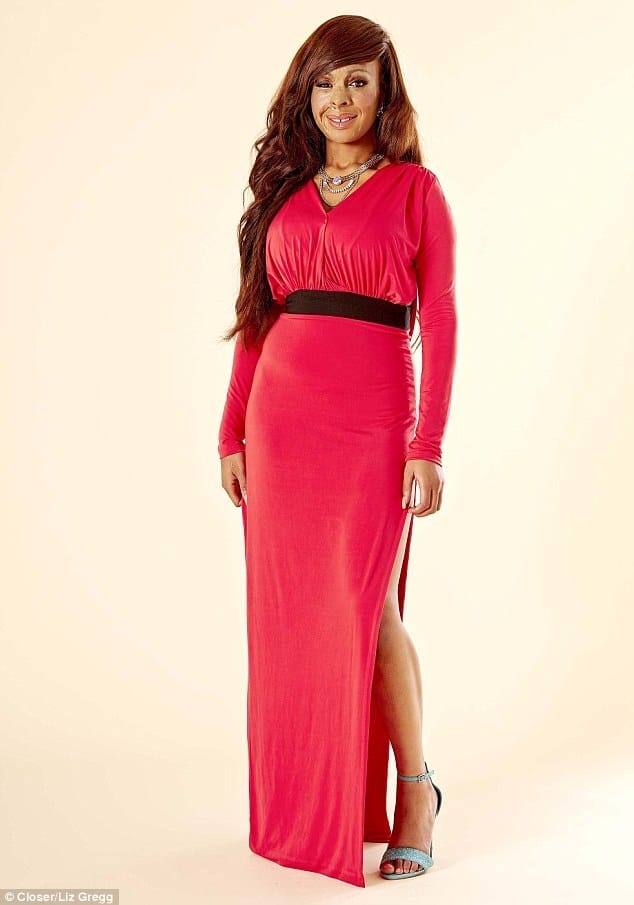 Police and prosecutors had said Konye was jealous of her friend’s looks and spent months hatching a plan for the attack following a trivial argument.

The court heard that Konye told a friend she planned to have her raped and wanted to disfigure Naomi, saying: ‘I’m going to mess up the one thing that girl has – her looks.’

Konye even went as far as to claim in court that Naomi had asked her to throw the acid over her in a bid to copy burns victim Katie Piper, who had acid thrown in her face in 2008.

Konye and Naomi had been friends since secondary school, but suffered a fallout in April 2011 when Naomi allegedly accused Konye of texting her boyfriend and called her an ‘ugly monster’.

Naomi says she is glad that her former friend got a long prison term but adds that it doesn’t change what happened.

She told Closer: ‘When I saw my face, I couldn’t stop crying. I thought, “Who’s going to want to marry me like this?” I felt so low, I didn’t want to live.’

Despite her ordeal, Naomi is set on pursuing a career within the fashion and beauty industry and is enjoying single life.

Adding: ‘The guy I was seeing looked past my scars to the person I am inside. It made me realise the attack doesn’t have to ruin my life.’