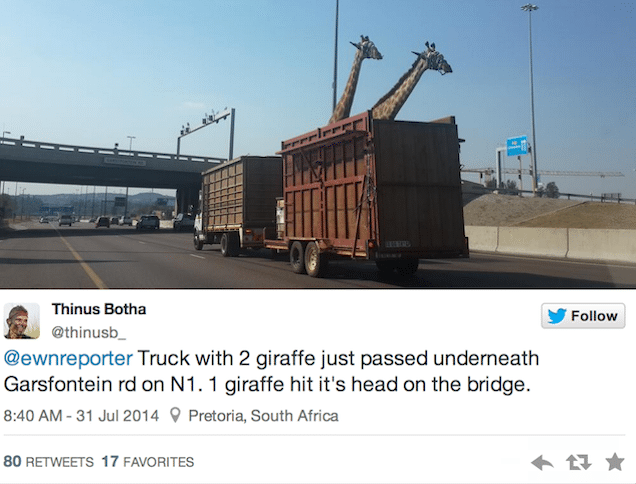 A giraffe has come to be killed after its head came to collide with a low highway bridge. Pursuant to the incident, social media users would post (graphic) images of the giraffe just prior and after the collision.

Told one witness, Pabi Moloi via Mashable about the scene leading up to the accident:

“My cousin and I were driving in Pretoria on a busy highway when I spotted a pair of giraffes in the back of a truck.

I whipped out my phone to take pictures of this, since it isn’t a very common thing to see in the city. As I was getting shots the truck went under a bridge and suddenly one of the giraffes hit its head HARD on the concrete.

The sound was so loud that my cousin, who was driving, asked me if there was someone shooting because she thought she’d heard a gunshot!”

That sound of a skull being hit and the force with which it threw the giraffes head forward is something I won’t easily forget.” 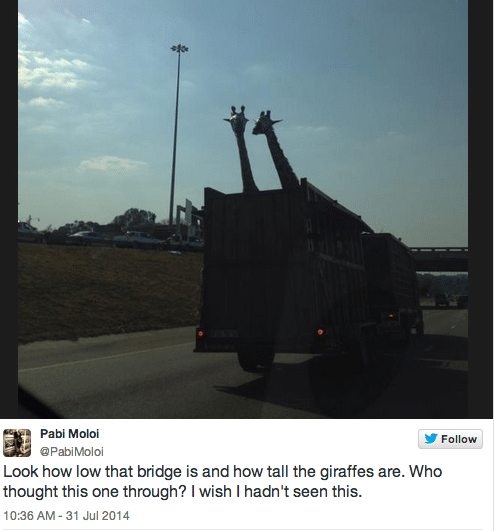 A local SPCA spokesman would tell that the incident was under investigation. “The SABS has published a code for wildlife transport, and it would appear that the open transport with the giraffes’ head sticking out is not acceptable,” Rick Allen of the Tshwana SPCA said.

‘Their heads were above the vehicle which meant that one of them cracked their head one the bridge,’ he added to NBC News. ‘That’s something we are very concerned about and we will be looking at a prosecution under animal cruelty legislation.’

Offered Dion Abrahamson via News24 who was driving at the time of the incident: ‘I saw the truck transporting the two giraffes at 11:45 this morning. The truck was just before the Van Buuren off ramp on the N1 to Pretoria. The giraffes were blindfolded so they couldn’t even see any bridges. Disgraceful.’ 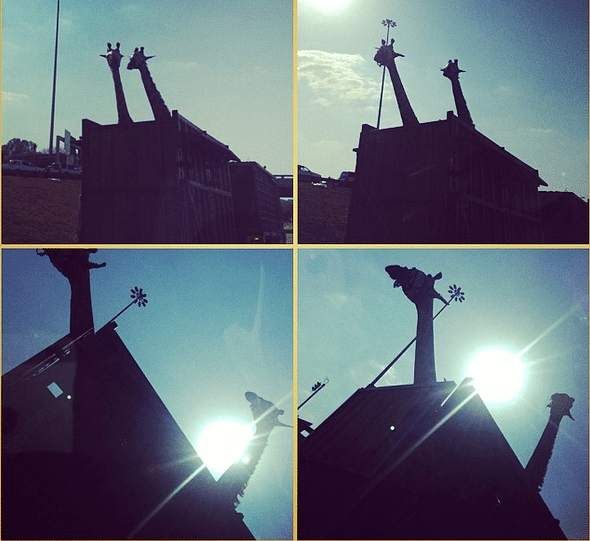 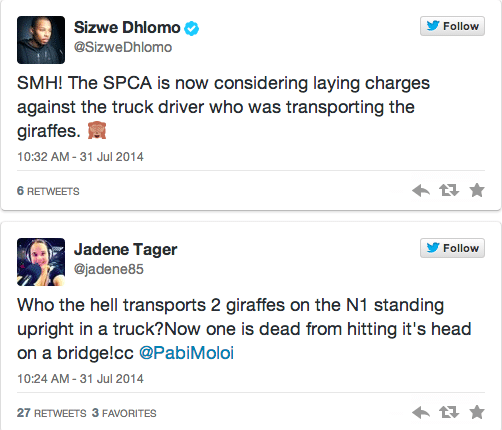