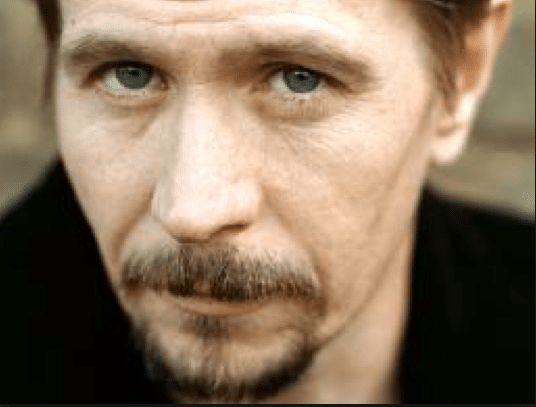 Perhaps in some ironic way British stalwart actor, Gary Oldman was correct, Hollywood and the media is all about being politically correct which might be all the more ironic as the actor took to the airwaves last night to defend his controversial views. Defend them because being politically correct and at the mercy of Hollywood heads has become the unspoken defacto name of the game, until that is one unfortunately dares to speak about them.

In a telling interview with Playboy magazine, Gary Oldman spares no punches, defending actor Mel Gibson‘s anti Jewish comments, actor Alec Baldwin’s homophobic rants (which Oldman was correct to point out were made in the heat of the moment as were Gibson’s rather than an open blanket statement after a good night’s sleep) and going so far as to tell that ‘Jews’ control Hollywood as well telling us how much he can’t stand Miley Cyrus for there talentless jinks (but look and show is where the real talent is these days Gary dear) as well as his disdain for reality stars (I imagine that includes you Kim Kardashian) and his general flabbergastedness of how the entertainment industry has become a show of constant political correctness where one can never dare cross the line or fear for the career.

As offensive as Gary Oldman’s comments may have been, or to be precise politically incorrect, one wonders why the ‘public figure’ that he came in the end to feel ‘overwhelmed’ by going on Jimmy Kimmel last night to speak of his deep woe of failing to act like a ‘public figure’ and keep his personal views off the record. What’s the point of an interview if one is in essence asking said subject to perform to a preferred script? And why does being a ‘public figure’ mean having to tow a particular sensibility or belief system, and for whose sake?

If Gary Oldman legitimately believes that Jews run Hollywood and there are many who obviously agree with his sentiment otherwise no one would be bothering to take him to task, then why chastise him? He is entitled to believe and preach as he wishes. Even if it may mean the end of his own career given the unspoken rules of following certain scripts. Which is ironically what Oldman was probably calling attention to and ironically what he has been forced to do. Even if deep down he probably doesn’t mean it and most of us probably don’t believe it- but isn’t that what Gary Oldman was trying to point out in the first place? The fakery and treachery and duplicity and hypocrisy of Hollywood. Perhaps Gary Oldman ought to win a nomination for his own particularly beguiling and ranting performance:

‘I will always break the rules until I realize I have gone too far, I am after all just an actor at the mercy of the entertainment industry, does that make me insensitive, pernicious and ill informed?’ Perhaps that has more to say about the viewer….

I’m glad he apologized so he can continue to be in movies. I think he veered off the mark with what he said, but the gist is that no one is holier than now and it’s a slippery slope this speech thing. The PC police are the new puritans ready destroy whom they mark

Nothing he said was racist or sexist. He was talking about the hypocritical nature of people who condemn pubic figures just because they are recorded saying something bad while everyone else says bad things. He said something about Jews having power in Hollywood, and cites a book about it that everyone seems to love and agree with (about Jewish people building Hollywood,) and what happens? A large group of Jewish people use their power to pressure him into an apology. Everything he said was proven correct.

Actually, I would like an apology from everyone who thinks it’s their civil right to never have their feelings hurt by someone else expressing their own personal views, whether it’s a public figure or not.

*Everybody* is an “a-hole.” The only question is whether we state our views openly, or else hide them and find more subtle, and even less constructive, ways to act on them.

If Oldman is 56, that means he’s come a long way in life, believing whatever he has. So, whether it’s politically correct or not, it “counts.” It’s part of the make-up of who we are as a species. The push to be politically correct, on the other hand, is a totally unnatural contrivance, and it will only lead to ruin.

On South Park, they do and say anything, just to get people angry. Nobody takes them seriously because they’re hiding behind their cartoon characters. Much the same is true with Jon Stewart on The Daily Show, who does a lot of hinting without always saying exactly what he’s getting at. With Oldman and Gibson, though, their tirades carry a lot more weight. Why? Because they’re real men, wearing their hearts on their sleeves, and some people can’t stomach the fact that they might be seen in an ill light by them.

If you want to be seen in a positive light, though, do positive things. Otherwise, when someone speaks his/her mind honestly about you, you had better be prepared to accept that as a genuine reflection of who you are and how you’re perceived.

Nursing each other’s pride – while still jockeying for power, wealth, and influence at each other’s expense – is a very poor way to run our society. It’s a sick masquerade, and it’s getting us nowhere that we truly want to be.