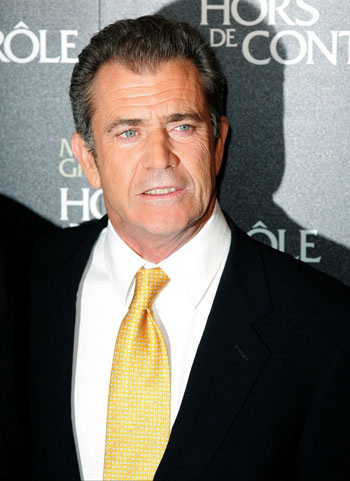 Can a racist get a break?

Already the rumors, insinuations have being flying rampant regarding Mel Gibson and of late Mr Gibson has become the preferred sparring bag of the media. Of course that was just appetizers, with the latest leaked recorded aggravated diatribe of Mr Gibson going off on his ex Ms Oksana the main course is being served and to be sure the main course is Mr Gibson himself…

Radar: The NAACP is blasting movie star Mel Gibson who used the N-word along with other racist and misogynistic language in an audio recording:

“You’re an embarrassment to me. You look like a fucking pig in heat, and if you get raped by a pack of n***ers, it will be your fault.

“How dare you act like such a bitch when I have been so fucking nice.”

“I am going to come and burn the fucking house down… but you will blow me first.”

Ahem, did Mel just say that he wants the insides of his gizzards roasted by the NAACP, Hollywood, the media, his (ex)fans, the American public and the pack of n***ers that he so blithely holds in high regard?

Here is the statement given to RadarOnline.com from Leon Jenkins, President of Los Angeles NAACP:

“It is unfortunate that a man of his statue and admiration, who has made his millions off of women, African-Americans and Jews harbor such racist, sexist, and anti-Semitic feeling against people who have admired and respected him for decades.

An apology is insufficient given his history of racism, sexism and anti Semitism.  He has set one of the worse examples for our young children and adults at a time when this country is making significant progress in moving toward a color-blind society.  No amount of words will change his image as an out of date and out of control racist.  Only a sustained period of positive acts can his legacy be redeemed.”

Sustained action? We understand that there are still plenty of airline seats that Mel can buy at his urging to leave America as soon as possible or at the very least a number of blunt razors somewhere on Skidrow if Mel takes the time to sharpen can be used to effectively leave a mortal wound to his wrist. Which wrist he uses the American public will hardly mind…

“It’s always sad when a public figure is revealed to harbor ugly prejudices.  We continue to strive for a world where language and sentiments like this are relics of the past.”

Oksana told a source she taped Mel because she feared for her life. On tape he says: “I am going to come and burn the f**king house down… but you will blow me first.”

Our guess is one chilly morning when Mel leasts expects it he will be on his knees blowing a pack of n***ers and quietly begging if anyone of them care for seconds. In some perverse way Mel will finally have realized his own dream and become the n***er he wishes he could always be.