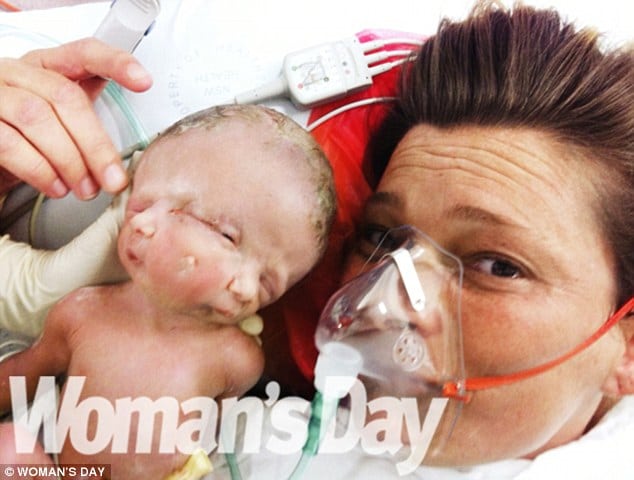 Renee Young the Australian mother of two baby twins born with one body, one head, two faces and two brains has told how her daughters are defying the odds as they now begin to exhibit their own distinct personalities.

The twins, Faith and Hope, born on May 8th, 2014 at first created international outcry as even Renee Young’s doctors warned her and the children’s father, Simon Howie with whom Renee Young already have seven other children with not to proceed with the childbirth when it first became apparent that there were problems inherent in her pregnancy.

Nevertheless the Renee Young and Simon Howie decided to plow on and despite wide concern that the well being of the children would be compromised and doctors wouldn’t be able to guarantee even if they could make it past a week old, the mother has begun to tell of her daughter’s positive progress.

Told Renee Young via  Woman’s Day: ‘You have to see it to believe it,’

‘….sometimes Faith will cry and wake Hope up, who then looks sideways as if to say, “Thanks for that”.

‘We are blessed we’ve got this far. I just find them adorable.’

Added Simon Howie who has since also been amazed at the progress the twins have made: ‘Each time I come means they’ve reached another milestone and pulled through another day.’ 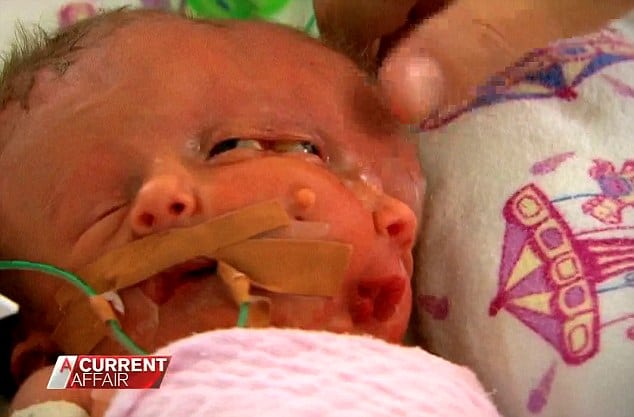 For the time being the twins continue to defy medical odds and Renee Young and Simon Howie have maintained a bedside vigil for their daughters.

Despite doctors initially telling the couple to terminate the pregnancy, they have been told the girls have a strong chance if they survive the next five weeks.

The girls were born with a rare condition called diprosopus, which means they share the same body and vital organs but have their own faces and brains which are connected by only one brain stem.

Reiterated Simon Howie: ‘Even though there is only one body, we call them our twins. To us, they are our girls and we love them,‘

‘We have no idea how long they will be in hospital. We just want to bring them home, happy and healthy to make our family a little bit bigger and a bit more chaotic.’

The condition is so rare that only 35 cases have ever been recorded and none have survived.

Due to the complex nature of Faith and Hope’s condition, doctors are unsure about what to expect and they are being forced to make their prognosis day by day.

Simon Howie confirmed that specialists were called in to decipher a range of problems and assess the twins in great depth, from the functioning of their lungs and blood vessels to decisions about how best to proceed with feeding.

But despite all the forewarned medical problems likely to come their way, the parents are happy their girls are alive and well.

From as early as 28 weeks into Ms Young’s pregnancy, specialists were concerned about grave developmental issues.

One of the biggest predicted survival risks from their doctor Greg Kesby was that the babies would be unable to breathe on their own.

That said the couple defied doctors who felt that the family would be decried because the twins would be ‘viewed as a freak’, telling that Renee Young had never terminated a pregnancy and that her family ‘gives us a lot of support.’ 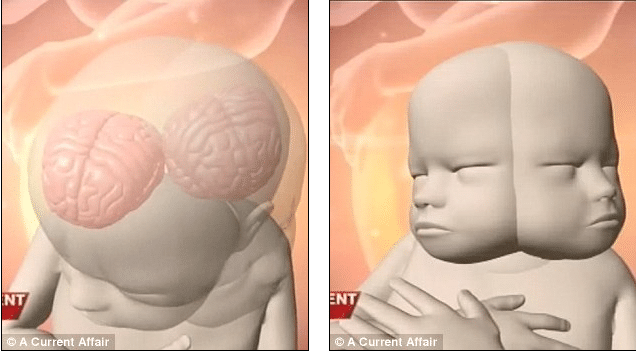 The couple would later tell they couldn’t come to terms with letting their unborn twins go.

Told Simon Howie: ‘We sort of looked at it as; it’d be the same as being a child with autism or Down syndrome. I sort of don’t believe in terminating the baby if it’s healthy and growing fine and everything is going to plan.’

At first, things looked to be taking a turn for the worst as Renee Young unexpectedly went into labour at only 32 weeks on May 8, and was forced to have an emergency caesarean but have since managed to hang on.

To date the parents have braced themselves for a difficult path ahead and refuse to say goodbye prematurely.

Because a mother’s love for her child will always defy logic and reasoning, which perhaps says more about humanity and our species survivability than anything else. Others on the web have called the parents irresponsible, not wishing to understand the grief that the children would suffer if they were to ever survive into childhood and forlorn on a vanity project…yet one suspect’s they are just happy to take one day at a time, something we all be best to consider. Or should we? 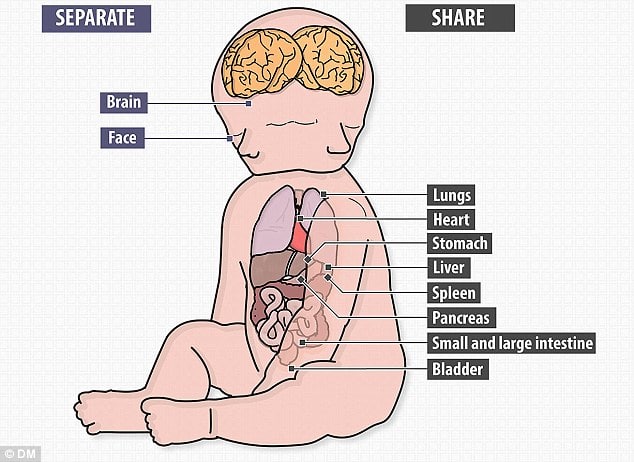 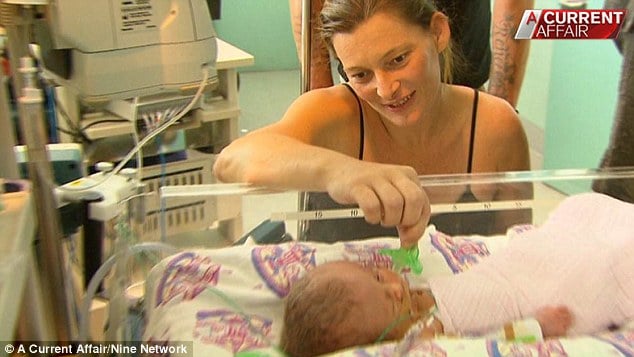