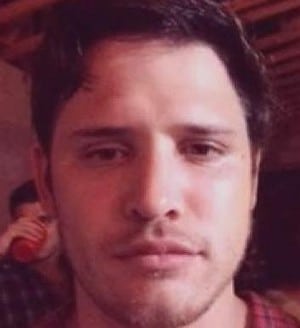 Lewis McLeod, the son of prominent Australian business man, Bruce McLeod and one time Australian film producer, Karen “Chippie” McLeod is suing elite US university Duke College after he was found guilty of sexual misconduct. The guilty verdict would lead to his subsequent inability to take on a prestigious role at an investment bank as the school refused to allow him to graduate.

At the time of the alleged incident involving a fellow student, police in Durham, N.C found Lewis McLeod not complicit in a purported sexual assault involving an unnamed 18 year old student during a one night stand.

Nevertheless, the university’s Office of Student Conduct would conduct its own investigation which led to Lewis McLeod’s expulsion as a result of the allegations.

The panel would find that it was ‘more likely than not‘ McLeod and the student had non-consensual sex, because she ‘had reached an incapacitating level of intoxication that rendered her unable to give consent to sex.’

The woman alleged Mr McLeod assaulted her after they met at a popular university bar, Shooters, and took a cab to his Sigma Nu fraternity house.

Neither side appears to contest her claim that she began crying during a sexual encounter, but they differ on whether he stopped after she became upset.

The girl would present texts she had made to a former ex boyfriend and a friend on the evening of the purported rape, with one text reading: ‘It hurts soo bad like there’s no way it was consensual.’

Lewis McLeod in his defense has claimed he stopped immediately upon the woman becoming upset. He claims he was not given a chance to tell his side of the story to the university.

That said, the school declined inviting Lewis Mcleod to the school’s May 10 graduation ceremony, arguing that the psychology student had breached the school’s rules and was not entitled to receive his degree.

The psychology student says that unless he is allowed to graduate he will be unable to take up a Wall Street job offer starting in July, and without a job he will be forced to return to Australia because his student visa has expired.

A Durham County Superior Court judge will rule on Mr McLeod’s case and a decision is expected within weeks.

McLeod’s lawsuit describes a ‘sloppy investigation’ that ‘violated Duke University’s own written standards … as well as all notions of fundamental fairness.’

Durham attorney Kerry Sutton said it was inappropriate for Duke to investigate a case that should have been limited to law enforcement.

McLeod’s chance at winning his case hinges on a technicality with respects to the change Duke made to their Student Conduct policy in the fall. It’s a change that many schools are making around the country (or a change that many students around the country are pushing their schools to make): to expel students who are found guilty of rape according to their school’s disciplinary committees, regardless of whether they’ve been found guilty in a court of law (or even if a police report has been filed). The technicality would allow because the new change in university law was not physically written into the school’s bylaws that the school’s student council renderings could not hold.

The case has generated a storm of publicity in Durham and McLeod appears to have gone to ground by deleting his social media profiles, including Instagram and Facebook.

Lewis McLeod and his family could not be reached for comment.