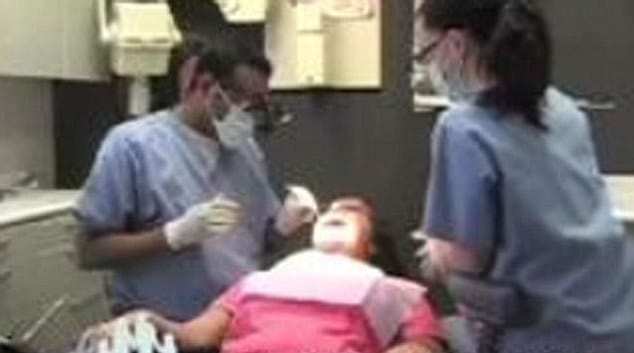 Judy Gan a 64 year old grandmother has died as a consequence of dental treatment gone wrong.

At the time of the incident, the woman had sought to remedy a dental problem when she lost consciousness in the dentist chair. Rushed to hospital she would die one hour later.

Tells the UK’s dailymail: Retired librarian, mother-of-two and grandmother Judy Gan was having the extractions, together with implants and grafts performed at Dr. Patel’s Enfield Dental Surgery in Connecticut on Feb. 17 when she became unresponsive.

The two dental assistants present have since told investigators that they begged Dr. Rashmi Patel to stop what he was doing after his patients’ vitals kept dropping.

Authorities would later discover that Patel, a a practicing dentist in the state for almost 11 years, allegedly refused a first request by his staff to halt the procedure and call 911 and even continued working after Gan had briefly woken up and asked him to stop.

A June 18 hearing before the Connecticut State Dental Commission will determine if Patel will lose his license permanently.

According to documents obtained from the state Department of Public Health, Patel is accused of failing to respond appropriately when the woman’s oxygen levels dropped, and improperly attempted to extract the teeth in a single visit.

Conflating matters is the fact that Patel was aware that Judy Gan had pre-existing medical issues. Records show that she consented to the dental work while Patel’s office received four medical clearances from other doctors.

Wrote Dr. Gary Pearl, who was asked to review the case by the state’s Department of Public Health: ‘It’s my belief that (Gan) did not have to die to receive this dental treatment and it is because of… Patel’s negligence that she died.’

The health department alleged Patel failed to respond to changes in her condition, failed to interrupt the procedure to assess and evaluate and failed to administer any other emergency medications when the patient’s condition continued to deteriorate.

Besides Gan’s death, the health department says that another patient spent six days in the hospital in December following a procedure carried out by Patel.

Despite not currently being allowed to practice, Patel continued to runs two surgeries in Connecticut, one in Enfield and one in Torrington. Both currently remain open with patients being treated by other dentists on staff.

The website for Dr. Patel’s Enfield Family Dental features several videos claiming people of all ages can benefit from his state-of-the-art compassionate care.

‘We have the technology to give you a smile you can be proud of at any age.’

Because compassion and common sense comes at a steep price in the comfort of Dr Rashmi Patel who likes to bulk bill and treat even to mortal overload….