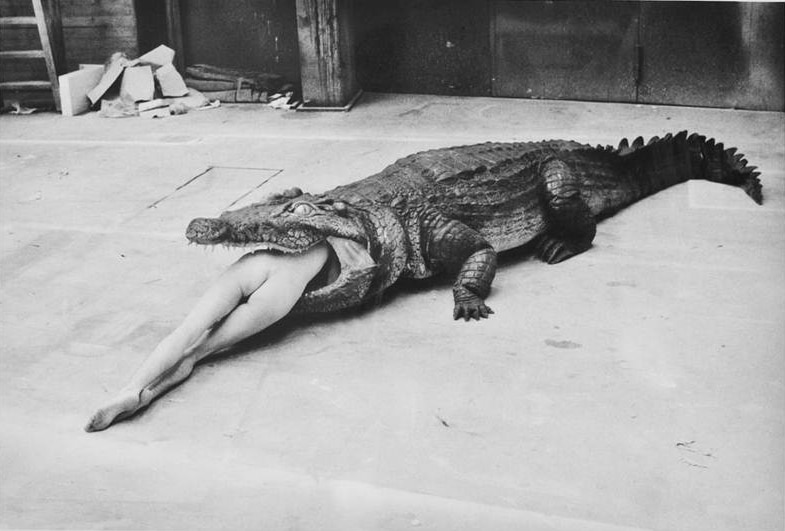 Hopefully you’ll never have to experience being eaten alive by a crocodile, but in case you were curious there’s this video below which puts you into the cockpit of a very hungry crocodile’s mouth.

gawker: A volunteer at an Everglades animal rescue center was just trying to get underwater footage of a croc called Big Boy when his camera became lunch.

“As soon as the camera touched the water near him, he went berserk as you can see,” Chris Madden, a volunteer at the Everglades Outpost Wildlife Rescue, told WTSP. “As soon as anything touches the water, he is in and looking to do some damage.”

And cbc had this take too: ‘They are generally kind of shy,’ he said. ‘There are not nearly as many of them as there are alligators but there is always that possibility that you could bump into one.’

Big boy will chomp down on just about anything but once he gets meat into his mouth, he knows its food and it will get swallowed. The Go Pro camera … he spit that out.

Unfortunately for Chris the Go Pro did not survive his very first camera shoot thanks to Big Boy.

“The tooth just jammed right through the lens and since he was in the water it flooded and got fried,” Madden said.

“I had bought it the day before and somehow thank God it was covered under the return policy.

“Well it is an action camera! They are supposed to be able to take abuse I guess.”

Madden couldn’t believe Sports Authority had a croc warranty, but he says he doesn’t plan on pushing it.

Because annoying the shit of a crocodile will always get you attention and maybe more….