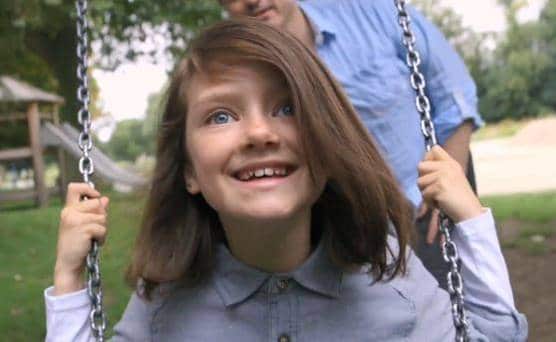 Save Syria’s Children video will leave you gasping for air. Never mind what it does to its main protagonist, a young girl circa 7-9 years old who in the course of a year we get to see her life unfold.

The video produced by Save the Children UK begins and ends with the child celebrating her birthday. Between shots, we see how her life changes dramatically as war ravages her country.

The unnamed girl doesn’t say a single word. We hear her scream, shriek and be giddy. But not in that order. In the end its her eyes that do all the talking. It’s her eyes that tell you of the misery and upheaval children like her are undergoing in Syria’s ongoing civil war.

The video is the latest effort from the charity Save the Children, which aims to protect the more than 5 million children of Syria who have been affected by the conflict that’s torn the country apart over the past three years.

It remains to be seen whether the video helps but it ought to make us more aware of the humanity of the struggle and those who it afflicts, when we are not too busy having our attention diverted to scripts of diversion.

Tells Save the Children’s main page: Save the Children gives children in the United States and around the world what every child deserves – a healthy start, the opportunity to learn and protection from harm. When disaster strikes, we put children’s needs first. We advocate for and achieve large-scale change for children. We save children’s lives. Join us.