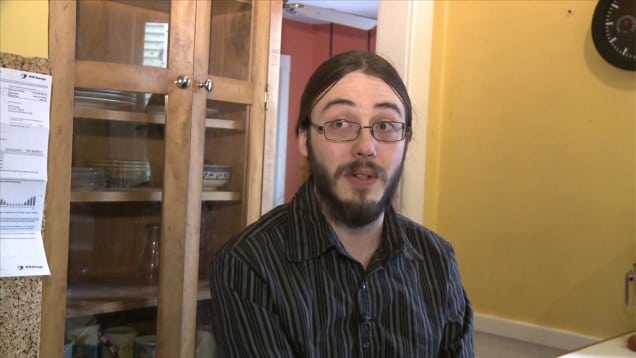 Joe Blumm, a gas station worker has been fired as the result of a note he sent to his boss.

At the time the clerk knew the snarky note he left his boss might get him into trouble but he was fed up and did it anyway.

After waiting on his manager for more than an hour to take over his shift, the 27-year-old locked up the Michigan BP and taped a letter to the door.

Told the note: ‘Hey boss, learn to be on time or at least communicate when you are going to be late. +1 hour with no phone call is unacceptable,’

‘As you can see, the doors are locked. I went home. Fire me if you must, but realize I walked out due to YOUR negligence.’

Which is Joe’s subconscious telling him that he’s desperate to end the misery forthwith and would gladly appreciate being relieved of his misery.

Joe Blumm was sacked by a regional manager the next day.

Upon being fired, the gas clerk told he didn’t mind being fired cause he was fed up on account of his boss had been late for work at least three times before.

‘After being stuck there for over an hour with no contact from the person supposed to replace me, I was at my breaking point,‘ Blumm, from Eastown, told MLive.

‘In the previous situations, she communicated. It wasn’t an enormous problem. I understand people are late. It’s life. Things happen…I don’t feel like I should have responsibility over her.’

Blumm told FOX 17 his frustration had been building for a while.

He said he’d asked his female boss, who has not been identified, to be taken off the third shift and was annoyed she didn’t show after he worked an overnight shift. She’d slept in.

Reiterated the chagrined Joe Blumm: ‘I had enough of that unprofessional atmosphere, having to deal with that tardiness and have it come down on me,’ he said.

Meanwhile, the manager admitted she was late because her alarm didn’t go off. 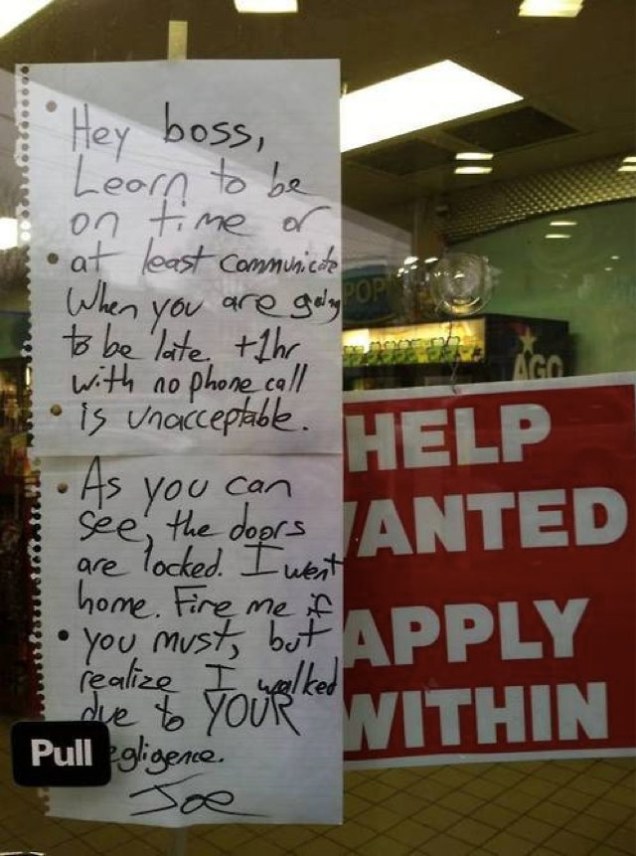 However Click2Houston reported the manager was angry that Blumm didn’t call her or another employee to say he was locking up. Then again one can suppose why is it’s his duty to check in with his superior who ought by definition of job description be checking in on with him.

Nevertheless as fate would have it, Joe Blumm’s story soon went viral after someone posted a photo of the note on Reddit.

‘I don’t really have much of an online presence. I don’t have a Facebook page or anything like that,’ he said.

‘I know I struck a chord with a lot of disgruntled low paid employees who get the short end of the stick.’

Since becoming a media hero of sorts, Joe Blumm has told that he hoped the publicity would help net him a new job. This being the age of social media has exactly led to the disgruntled gas clerk being offered a similar post with a competitor by the name of Joe Niewek, an owner of the Sunoco gas station in Cutlerville.

Niewek who reached out to Blumm told him that he valued punctuality and was impressed that Blumm waited around an hour after his shift.

Told Niewek: ‘I assume by his note (Blumm) seems to be a down-to-earth, realistic person.’