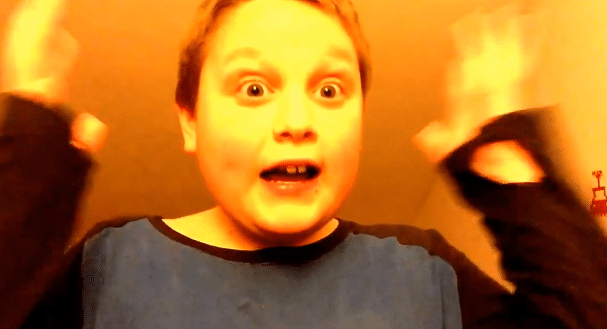 All Sir Fedora wanted was to be liked. Liked by at least one person. Or maybe three or four. But thanks to reddit, one 11 year old (?) boy is being loved and adored by 774K people this Thursday lunchtime.

It all started innocent enough, Sir Fedora was going to be the next me too star, but he just wasn’t sure how to go about that shit. Is anyone ever really?

Told the dailydot yesterday: Last night, up-and-coming vlogger Sir Fedora posted a video to his YouTube page. In it, the young man enthusiastically attempts to rally viewers to get the “likes” on his video up from one to between three and five. He’s got modest dreams, and you’ve got to respect that. But Sir Fedora went even further with his plea and attempted to personally connect with his followers, which is the right approach to YouTube:

“We did it; we hit one like. And I know you guys are gonna be like, ‘Dude, it’s just one like.’ But it’s still awesome that I know that you guys are there. … I still think it’s pretty awesome you guys are sticking with it.”

Kids, tell me if you just don’t want to reach over and give Sir Fedora a lovable hug? Finally someone on the web who is not taking a precocious selfie, telling you about last night’s affair, someone who is just tame, lovably goofy and content to be liked by one, two maybe even five people and just go about his ordinary life. You wish Sir Fedora!

Yet as happy as redditors were for our new collective hero, there were some on reddit who wondered if Sir Fedora had come up too fast?

‘Oh boy, this is how it starts. A harmless virtual flash mob handing out likes on youtube. Once this shit goes viral, he will get made into memes and get featured on morning talk shows. Everyone will have a laugh. Then BOOM! Under a bridge doing heroin.’

Others commented on the infectious charm of his videos:

‘I’m sitting here thinking this kid is just rambling on about nothing, and then BOOM, I’ve watched the whole video. He’s actually rather entertaining to watch.’

And others wondered if Sir Fedora might actually be the original poster, and this was all a ploy for likes. But if his enthusiasm isn’t genuine, what is real in this world? For what it’s worth, Sir Fedora seems to be aware of his Reddit hit, and he tweeted at his new followers to stay with him.

The dailydot goes on to note that our little angel posted a new video yesterday which sadly freezes at around the 30-second mark. But never mind, you’ll get it right, welcome to the reality of social media, you’ll build those likes, but let’s hope Sir Fedora will still be able to like himself when one day he becomes the omnipresent media whore he and millions of you just like him, was casually envisaging himself to be.