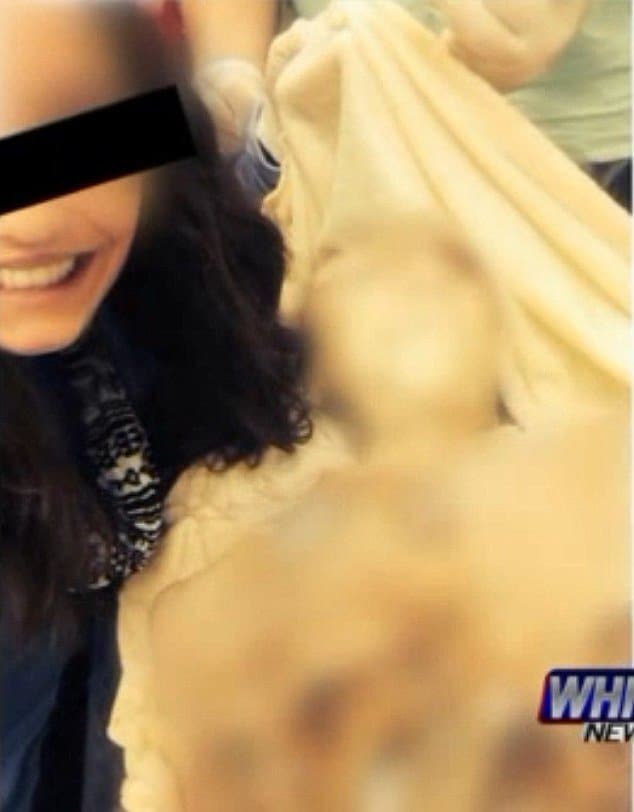 Yikes, what to say what to think? The super evolution of the selfie. But then again I am not surprised and just shrugging my shoulders thinking it was bound to lead to this.

That’s right kids, a school is considering how to discipline a senior student who took a selfie with a dead body. Cause selfles with dead bodies are a smidgen more kinky and probably up your ally and socially bookmarked unless that shit is not?

The fracas came to be earlier this month during a senior biology class at Clements High School in Limestone, County, when the class took a field trip to the University of Alabama Birmingham‘s biology department, where they learned about the school’s anatomical donor program.

As it would happen, the field trip included a trip to the morgue, where students were able to see donated cadavers still covered in their sheets. But here’s where things got kinky.

Unable to resist the aroma of dead bodies, one student (against strict university policy) quickly removed a sheet, struck a pose, and took a photo of herself with the cadaver. Then she, …..quietly take a sip of your mid afternoon chamomile whilst we slowly read this shit out together, 3, 2, 1, and now: posted it to Instagram.

Slowly stir your tea until the heat finally subsides and raise your lips forward once again.

As you might imagine, one of her classmates was disturbed by the post and reported it to her sister, who contacted school officials and Huntsville’s WHNT. The same classmate also grabbed a screengrab of the selfie.

When drinking rapidly hot tea, one is always advised to blow deeply and gently into the hot brew for comfort’s sake.

Responded  Karen Tucker, the Limestone County School Board Director of Public Relations and Technology: ‘We were notified via email this morning from a parent that this incident had occurred,’

‘We are speaking to the University of Alabama Birmingham, they are understandably upset with this incident and we want to preserve our relationship with the university.’

The university naturally came to release a statement that read as follows:

‘A student was made explicitly aware of these policies and breached them. This kind of disrespect is unacceptable and very disappointing. We will review our processes to ensure this does not happen again.’

Officials at Clements High are reportedly still ‘deciding on the discipline that will occur.’

And then there was this comment that made me wonder as well:

This disgusts me. People who donate their own bodies or family members’ bodies for medical research are doing a selfless and generous thing that will hopefully benefit future generations. They do not deserve to be treated in such a crass and disrespectful way. I say kick her out of the program and let her reapply when she can prove she’s mature enough.