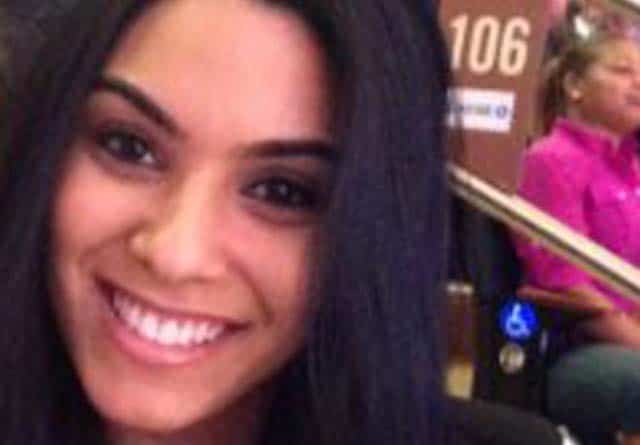 New York Knicks point guard, Raymond Felton‘s wife, Ariane Raymondo Felton has filed for divorce after asserting that her husband pointed a gun to her head.

After bringing the gun to the Upper West side police 20th precinct, Ariane Raymondo Felton’s husband soon turned himself in for questioning.

He had turned himself in the early hours immediately after the Knicks lost in a close showing (110-108) to the Dallas Mavericks. In that showing Felton scored an underwhelming eight points and logged seven assists.

A law enforcement source would told the nypost: ‘The wife is saying they had four verbal altercations since July last year. On the last one, he pointed a gun at her. It’s an armor-piercing gun, loaded. It’s a bad ass gun.’

Another source said Felton’s gun had an illegal, 20-shot clip that was fully loaded – and had a bullet in the chamber when she handed it over.

The source said that Raymondo-Felton, a 26-year-old law student at Fordham University – told Felton, 29, to remove the gun from her house and only surrendered it herself when he refused.

Felton had tried to turn the gun over to his divorce lawyer, Michael Stutman, who would not take it.

Stutman said his client was both surprised and upset when his wife filed for divorce last week.

Adding to intrigue were statements in which the law student told she was fed up with Raymond Felton’s cheating ways. Telling that he was a serial cheater.

Told the source: ‘She said, ‘He’s out doing his thing.’ Looks like he was [having sex with] some girl on the side. They were arguing about bulls–t domestic stuff, but on this last one he pulled the gun, she said.’

Felton, the source said, came to the precinct with his lawyer, James Walden.

Felton would be charged with criminal possession of a weapon in the second, third and fourth-degrees after cops determined the gun was not legal.

He was expected to be arraigned later Tuesday in Manhattan Criminal Court.

If Felton is convicted of the second-degree charge, he could face as many as 15 years in prison.

The incident is the latest involving the point guard, who is having a less than stellar year as the Knicks have fallen to 21-36 during a season in which owner James Dolan expected them to compete for the NBA championship.

Felton’s play has been inconsistent at best, and he’s suffered a series of nagging injuries and has appeared out of shape.

When asked if personal issues has affected his play, Felton interestingly told the nypost: ‘That’s my personal life. It’s your life. When you’re going through certain things in life, it’s on your mind, no matter what. You try not to let it come into your job and to your workplace but sometimes it does. You’re human. It’s part of life.’

Knicks’ officials did not respond to requests for comment.

above image via (Linkedin)