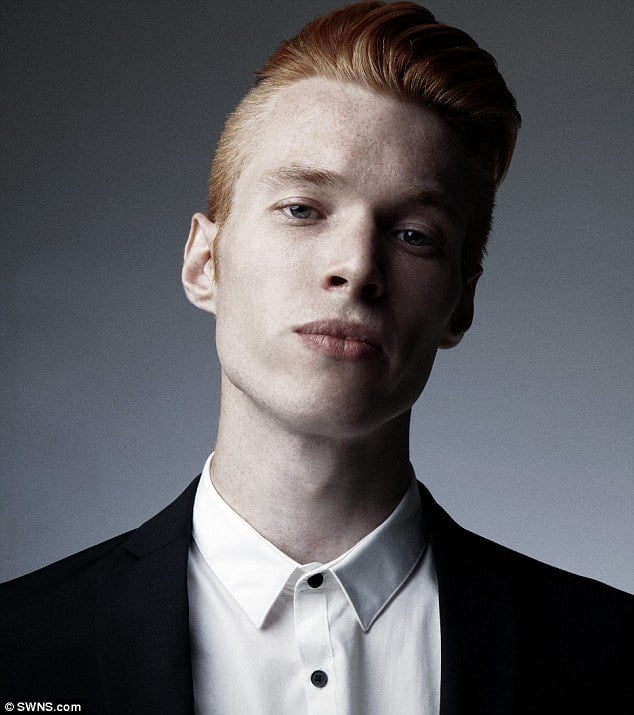 It seems there’s nothing more sweeter than the savor of sweet revenge. Case in point that of one 22 year old redhead Louis Evans who was forced to mercilessly endure taunts because of his bright red hair and freckled face. Until recently that is.

These days the taunted youth is pursuing a successful international modeling career who recently got to be featured in Vogue.

But it wasn’t that easy. Once finishing school at 18, ‘Rusty‘ as the Lowestoft, Suffolk, UK youth was known, managed to get his first job in an office supply company as a cold caller.

But something happened as Louis Evans began to get a little older. By the age of 20, the ugly ducking, to use a horrid metaphor had grown into a beautiful swan. Which is to say the 20 year old had striking high cheekbones and flawless skin which by then many had been commended him on.

Told the youth: ‘I‘ve got a photo from three years ago and I still have no cheekbones.

‘I got to 20 and suddenly I just had them and the acne cleared up and now my face is flawless.

‘I started getting a lot of attention, especially when I moved to London.’

With the prodding of his mother, Jo McCall (a former beauty queen)who gave him the courage to give modeling a go, Louis  Evans was soon signed on with British modeling agency, Booking Models.

Since then, Louis Evans, to his credit has appeared London Fashion Week, on the pages of British Vogue, and has recently been grabbed by Milan agency – Independent Men – to take part in June’s Milan Fashion Week.

Paradoxically, the youth tells if it wasn’t for his ginger hair he might not have gotten the start that he did, as red head have become in much demand.

Told Evans: ‘In places like Milan, Spain and Greece they adore red heads and put them on a pedestal.

‘I like to think it’s the fact I’m slim, tall and have the face that’s got me noticed, but I think having red hair does make me different.’ 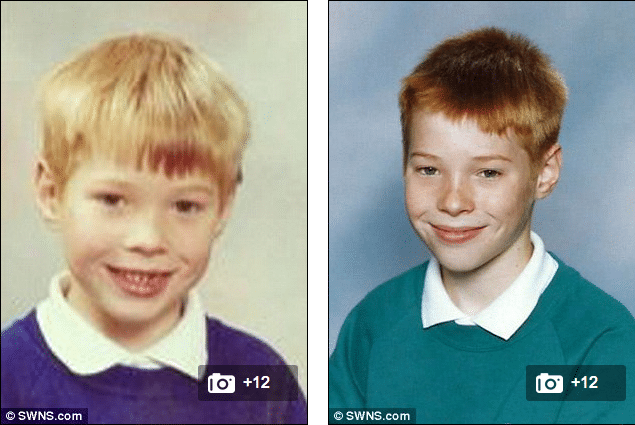 However, having such distinctive hair wasn’t always such a gift. Louis says that growing up in Lowestoft prior to his modelling career he was targeted for the way he looks.

‘It was quite difficult growing up in a small town. People are very close-minded in Lowestoft.’

‘Back at home there were stereotypes about gingers and I had the wrong kind of attention.’

Although Louis tried not to let small minded bullies bother him, he does admit that having acne was a real hindrance in his teenage years.

‘I always liked to think I was a bit smooth but to be honest I sucked at getting girls. The worst thing is that I had acne. I wished every day that it could be gone.’

Since having achieved certain milestones, the up and coming international model has taken part in the Red Hot campaign which celebrates models with red hair and appeared on the BBC’S The One Show as part of the drive to break the negative stereotype.

Louis’ new lifestyle sees him attending exclusive nightclubs and parties, and he has even spent time with the Saudi Royal family. 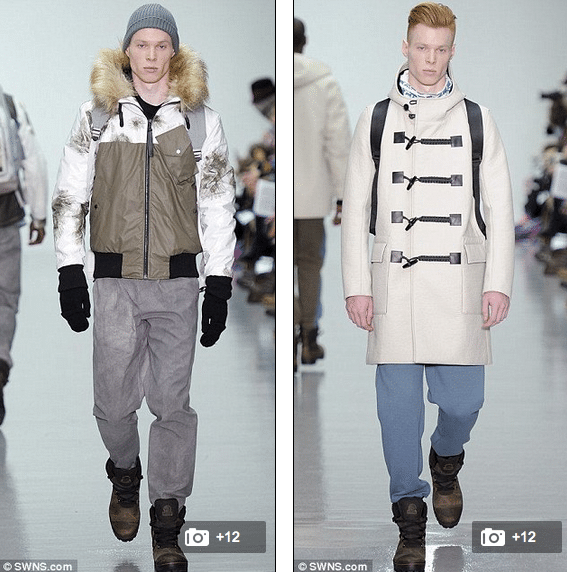