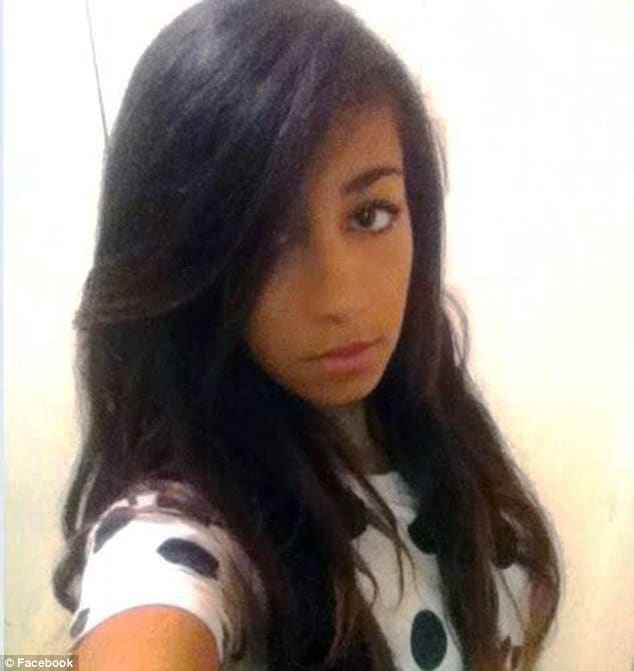 The girl’s death came after she had indicated on Facebook the degree of loneliness and depression she suffered. So prevalent was the girl’s despondency she had even openly spoken about the possibility of ending her own life and alluding to cyber bullies who were relentlessly taunting her.

On January 5, Jayah Ram Jackson wrote that unidentified others were urging her to commit suicide:

‘At least 8 people have told me they want me to kill myself in the past 2 days,’

‘I just hope that when i actually do it, they don’t feel responsible. because they won’t be.’

But it was the girl’s posting earlier this week that hinted at the degree of self capitulation:

‘I’m actually just going to wait for someone to make a petition for me to kill myself because it’s inevitable,,, like, we all see it coming,’

Cops told that the girl would later gain access to the top of her grandmother’s building top floor, the 27th floor where at 10.40a,m she lept to her death.

Cops would add that the girl had sat at the roof for two hours, probably contemplating suicide in frigid conditions before relenting returning downstairs to talk to her grandmother for about 30 minutes, before  going back to to the roof and this time jumping off.

Cops would later tell that the girl was a regular visitor to her grandmother’s and well liked and known by the doormen who worked at the 94th st complex. She lived a further two blocks north with her family.

Cop would also tell that no suicide note was found nor had the disenfranchised teenager openly discussed depression with anyone. Nevertheless one suspects the 15 year old was crying out for help when she took to social media expressing the disarray in her life.

Commentators on the web have wondered out aloud how it is that the girl’s parents were not aware of the extent of her depression and if they or anyone had been keeping tabs on her via facebook.

Whilst the teenager would use facebook to voice her concerns she would also use other social media outlets, including twitter.

One striking twitter post included the following: ‘idk she and others kind of ganged up on me in an attempt to get me to commit suicide or whatever.’

Told the girl in one post: ‘it’s been 6 months since I’ve cut my arms, and because it’s been so long I have been considering suicide a lot more frequently.’

Jackson also admitted to issues with her appearance and weight and in a January 26 post said that she was taking medication to cope with her depression.

‘I’m fearful that these meds will kick in and i’ll no longer feel suicidal. I don’t want that to change, okay.’

‘I used to have the intense desire to be respected, or at least liked,’ she wrote on Feb. 11. ‘It rarely ever worked out. I don’t care anymore.’

A day earlier, Jackson noted her loneliness ahead of Valentine’s Day.

Told tellingly a doorman, David Foster, who worked at the building where the teenager would often frequent her grandmother:

‘Such a sweet sweet girl,’

‘I never knew she had any problem.’

In the U.S., for support on suicide matters call the National Suicide Prevention Helpline on 1-800-273-8255 or go to suicidepreventionlifeline.org

In the UK, for confidential support call the Samaritans on 08457 90 90 90, visit a local Samaritans branch or see www.samaritans.org

And then I came across this comment on the web that made me wonder as well:

What we do know is that too many young people sink into social media as a replacement for developing the courage to relate face-to-face.   Before Facebook, you had no choice  –  bullying & other teen turmoil had to be dealt with in real time.   You got a few scars, but it was rarely the end of your life.   The “audience” was small, a little gang of meanies, and you grew out of caring what they thought, looked forward to graduating.   There was no illusion that “the whole world” is watching or in on the joke, nor did you need 300 “likes” to feel okay.  Awkward or shy kids were fine w/ just a few good friends.  Now they & too many adults share, if you call it that, their innermost feelings w/ something that actually doesn’t exist!   It’s a virtual page on a machine, people – don’t give it power!