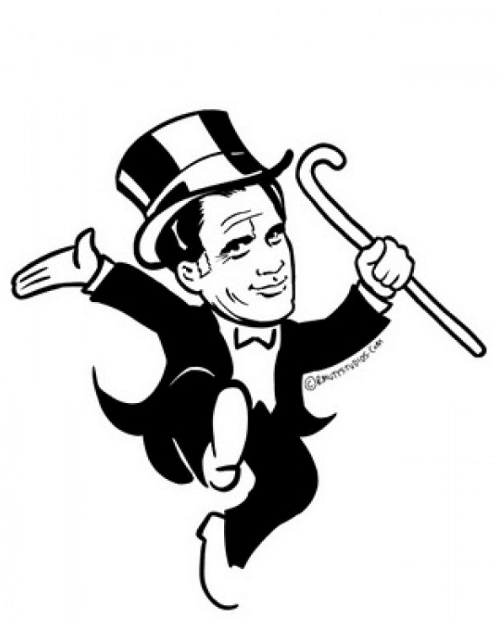 Venture capitalist Thomas Perkins has created a furore after sending a letter to the wsj comparing the progressive war on the 1% to nazi anti semitism.

The letter titled “Progressive Kristallnacht Coming?” compares the taxes imposed on the super rich akin to the slaughter of millions in the Holocaust.

Tells Perkins who happens to be one of the founders of venture capital firm Kleiner Perkins Caulfield & Byers: ‘I would call attention to the parallels of fascist Nazi Germany to its war on its ‘one percent,’

‘From the Occupy movement to the demonization of the rich embedded in virtually every word of our local newspaper, the San Francisco Chronicle, I perceive a rising tide of hatred of the successful one percent,’ Perkins continues. ‘There is outraged public reaction to the Google buses carrying technology workers from the city to the peninsula high-tech companies which employ them. We have outrage over the rising real-estate prices which these ‘techno geeks’ can pay.’

Perkins ends with the following observation: “This is a very dangerous drift in our American thinking. Kristallnacht was unthinkable in 1930; is its descendent ‘progressive’ radicalism unthinkable now?”

Needless to say there has been a very resilient backlash to the letter.

Contemplated Slate’s Matt Yglesias: ‘It certainly proves you can get rich without being very thoughtful, perceptive, or intelligent,’

Other commentators on the web also offered these thoughts as well:

Dude: It’s not your money, it’s how you get it. Capitalism in its current form benefits capitalists and NOT society in general. If you think money is an end to itself and doing whatever you want is OK, as long as you make money, then you should be preparing for torches and pitchforks, not broken windows.

Hey, rich dude, thanks for summarizing the worlds ridiculous problem with inequality for all to see. You are the problem.

Can we all just agree that unless you are actually being rounded up to put into torture and/or death camps, you really can’t compare what is happening to the holocaust? Please?

If only the wealthy had someone to speak for them. If there was only someone on television, anchormen, actors, athletes, business leaders, politicians, someone who was either rich or knew someone who was rich, the wealthy might have a voice in America, so they wouldn’t feel so powerless. The fact is, the rich just have no way of getting their message across to people. That privilege is reserved for Walmart cashiers and Starbucks Baristas.

What a guy with a misplaced value system, to say the least, and it is difficult to fathom the depth of his insult to Holocaust victims to compare their plight to the ultra-wealthy living in modern day America. I mean, the Occupy movement symbolizes the best of participatory democracy where people are willing to demonstrate to improve the country.

Ultimately one has to wonder what compelled the wsj to publish Thomas Perkin’s letter? Surely they had an idea that Perkin’s letter would inflame readers, rich and poor alike and that his thoughts would be akin to a robber baron kicking a mine worker to the ground for daring to question why he gets to work to the bone for one thousandth the hourly rate his boss does.

Then again that might not have mattered in the first place except to say the wsj got some decent traffic this weekend, then again one can make the case that the media has always existed for the establishment even if pockets of it sidelined and marginalized as Nazi Germany would serve to do Jews, intellectuals, gays and many other groups that did not accord with their ideology. Something that Thomas Perkins can perhaps relate to on a fundamental level….