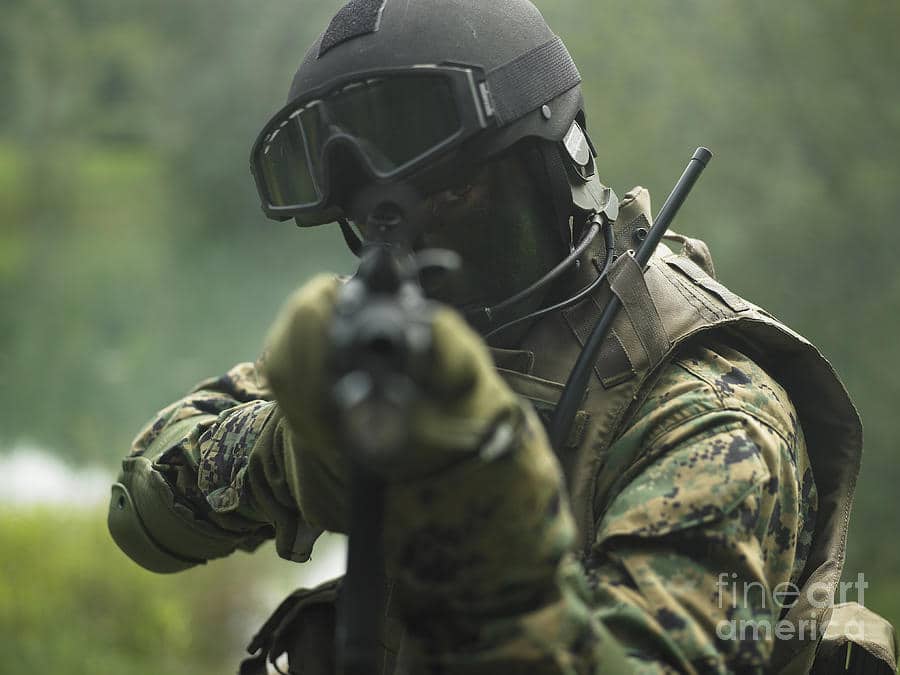 Indignation has been stirred with the release of photos of US marines burning bodies of what appear to be Iraqi insurgents.

The photos come courtesy of tmz who tell the photos were shot in Fallujah in 2004.

Photos show marine soldiers pouring flammable liquid on remains and setting them on fire with other photos showing the remains of charred torsos.

Yet perhaps most disturbingly are photos of marines crouching next to dead bodies and mugging for the camera. And yet another photo shows a Marine going throughout the pocket of the pants of a corpse.

According to the website, U.S. Central Command, which is in charge of military operations in the Middle East, reviewed the photos to determine if they had been brought to their attention before.

They determined they had not.

Col. Steve Warren, Director of Press Operations for the Dept. of Defense, went on to say … the pictures appear to show U.S. soldiers in violation of the Uniform Code of Military Justice … which makes it a crime to mishandle remains.

Warren told there is ‘…no statute of limitations on the crimes, even if the soldiers are now private citizens … they can still be prosecuted, which could land them behind bars.’

‘The actions that are depicted in these photos are not in any way representative of the honorable, professional service of the 2 1/2  million service members who went to war in Iraq and Afghanistan in the last decade.’

A statement which has since been met with dubious sceptism.

Some have suggested the Marines may have been burning the remains as a sanitary measure.

However, Pentagon spokesman Army Col. Steven Warren said the proper handling of war remains is set by U.S. military regulation and that the actions depicted in the photos ‘are not what we expect from our service members.’

It is not understood at present why the bodies were handled with such degrees of disregard and cruelty. Nevertheless one is inclined to wonder if the treatment of the bodies relay rampant disregard what were the attitudes by army combatants during warfare? Which is to suggest what else do we not know or haven’t been told yet?

Slate go on to mention that Fallujah was the site of intense fighting back in 2004, with nearly 100 American soldiers killed during the seige of the city. Earlier this month, the city fell back into the hands of al-Qaida-affiliated insurgents.

To date tmz have not told how the photos came to their attention nor why they are being disseminated?