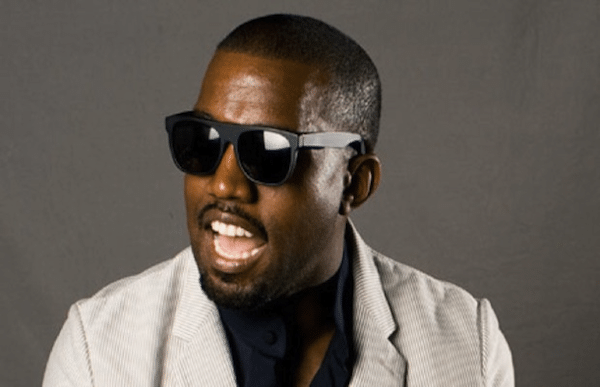 Rapper, Kanye West is under investigation after having assaulted an 18 year old man who the rapper told initially hurled racial slurs and insults to his fiance Kim Kardashian.

The fracas came to unfold yesterday lunchtime after Kim Kardashian, 33 entered a furniture store and the assaulted teenager purportedly screamed ‘Fxck you bitch…. Shut up nigger lover, stupid slut,’ as he held open a door for her.

Told a witness: ‘As Kim walked in, the guy allegedly said, ‘F**k these fa**ot-ass n****rs’ referring to the paparazzi,’

Kardashian proceeded to tell the young man that the N-word was not appropriate to use.

That’s when the teenager turned on the TV star, screaming, ‘F**k you bitch. Just trying to help you. Shut up n****r lover, stupid slut.’

A perturbed Kardashian then allegedly phoned Kanye, 36, to tell him what was happening.

According to TMZ, ‘when the guy realized Kanye was on the phone he allegedly said, ‘F**k you N****r.’ – so that the rap star could hear.

However, just minutes later, an enraged Kanye arrived to meet up with Kim and learn face-to-face what had happened.

The pair went on to find  the teen sitting in the office of the furniture store. Witnesses tell Kanye punched the guy and Kim screamed, ‘We have it all on tape.’

A third party had to separate the two men and shortly after police were called.

By the time cops arrived on the scene our collective heroes had already left.

However, the 18-year-old said he wanted to press charges.

‘Kanye was named as a suspect by the victim as well as witnesses. He had left prior to our arrival, and detectives are currently investigating,’ Beverly Hills Police Sgt. George DeMarois told the New York Daily News.

‘The named suspect was identified as Kanye West by the victim and several witnesses.’

The BHPD are now conducting a follow-up investigation in regards to misdemeanor battery charges.

Representatives for West have not responded to a request for comment, while a rep for Kardashian had no comment about the incident.

However, a witness who spoke to E! Online told a slightly different story that did not include a physical altercation.

‘Kim and Kanye were meeting for an appointment today,‘ a source on Monday told E! Online.

‘Kim told him he shouldn’t use racial slurs and he turned on her and verbally assaulted her,’ said a source who witnessed the event to E! Online.

The source backed up the claim that the young man began to verbally abuse Kardashian telling her to ‘shut the f**k up’ and that they then continued their conversation inside an office building.

‘The two ended up in a stairwell where the man was in her face and continued to verbally assault her,’ the insider added. ‘She was genuinely scared.’

It was then that Kardashian took a phone call from her fiancé.

‘Kanye called her phone and she answered and the man continued yelling at her,’ the source told E! Online. ‘Kanye overheard and came running down…he confronted the guy.’

‘The guy continued with the slurs,’ the source said. ‘He was in Kanye’s face and wouldn’t stop. He was taunting him. Police were called to the scene.’

The young man was later seen leaving the medical building with a sweatshirt wrapped around his head.

A source close to Kim Kardashian told People.com that it was the young man who started the entire incident.

The source went on to tell that the was then at one point that Kanye hit him – ‘barely’.

Kanye West is already facing charges battery and attempted grand theft after another altercation with a photographer at LAX last summer.