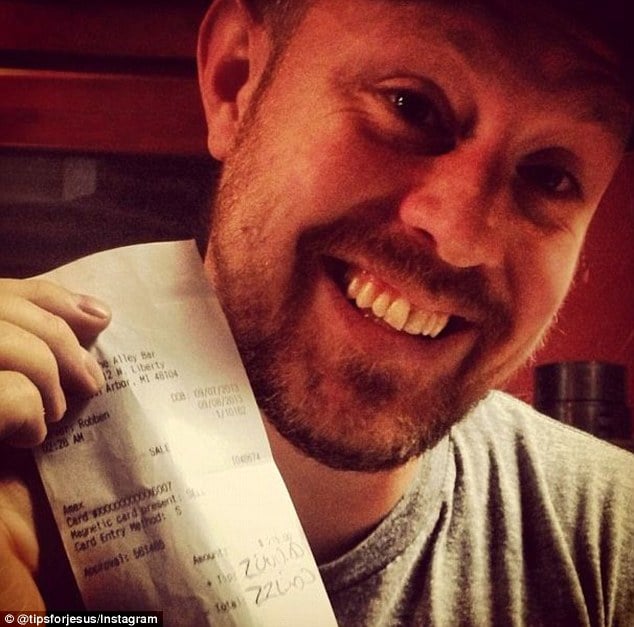 Anonymous do gooder Tips4Jesus has gone on to create mystery abound after the latest influx of tips galore are said to have hit the gravy trains of waiter’s pockets.

To date Tips4Jesus has handed out over $54K to servers across the nation, including establishments in Ann Arbor in Michigan, the Paris Club in Chicago and recently the Hungry Cat in Los Angeles.

Disseminated tips have ranged from $500 to some instances $10K, with all tips handed out by the entity being documented each time on Tips4Jesus instagram page. Yes kids, nothing like being nice and generous unless we all know about it too.

That said, many waiters have gone on to question the authenticity of the mega tips and whether the money can keep coming.

One instance involved that when one Notre Dame server noted that the $10,000 tip she got didn’t go through, TipsForJesus replied with a vow to ensure the charge is approved and followed that up with a photo of the Amex statement to prove it.

Told Tips4Jesus after the initial $10K tip failed to go through: ‘Nobody is going to ruin the good were trying to do.’

Yet other servers have been more than happy to tell that in fact the tips are legitimate and making payday. 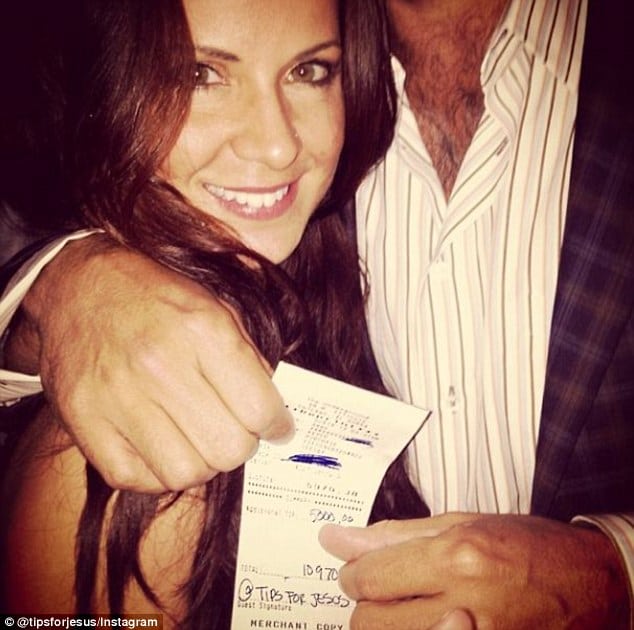 One such happy server includes that of Robbie Schulz,  co-owner of the Alley Bar in Ann Arbor, who was lucky enough to pick up a $7,000 tip for a $215 bar tab.

Schulz recently confirmed to local blog Damn Arbor that the tip was real and that he served the mysterious Tip4jesus in September when he and his entourage were in town for the Notre Dame versus Michigan game.

According to Schulz, the Tips4jesus crew found themselves at his bar at 1:45am after a couple of other places had turned them away.

He described Tips4jesus as friendly, polite, nice and a pleasure to serve and that he was told he would be taken care of the staff at the end of the night.

Schultz had expectations that perhaps a $50 tip might be in the offing, but was flabbergasted when Tips4jesus reached for his black American Express card and tipped an amazing $7,000.

A black AMEX card was a sure sign that the customer was going to be good for massive tip as the exclusive card is by invitation only and the average cardholder has $16.3 million in assets and a household income of $1.3 million.

According to Schultz, Tips4jesus promised him that the amount was 100% legit and he was good for the amount. He even returned the next day to buy some t-shirts and take the picture that appears on the Instagram account.

After the tip cleared Schultz very generously distributed the money amongst his staff that worked that night, in addition to at least one employee who had the night off.Of course the question now is who are exactly are Tips4Jesus and why are they keeping their identity quiet and more importantly why have they targeted waiters to be the beneficiary of their good deeds whilst perhaps overlooking others who toil in equally difficult posts with hardly a chance of making a tip off their efforts?
That said what is known to date is that the entity, person or is it group of individuals  is based somewhere in Southern California given the clearing address of the Amex billing and that religion, specifically Jesus is the entity’s calling to grace. Yet others think the moniker on display on the Instagram page may just be a parody and that the giver might be just using the guise of a look I’m a fanatical religious do gooder to disguise their identity and of course the giddy fun they are having giving small but grateful peckings to those less fortunate in society. And of course all that attention too…. 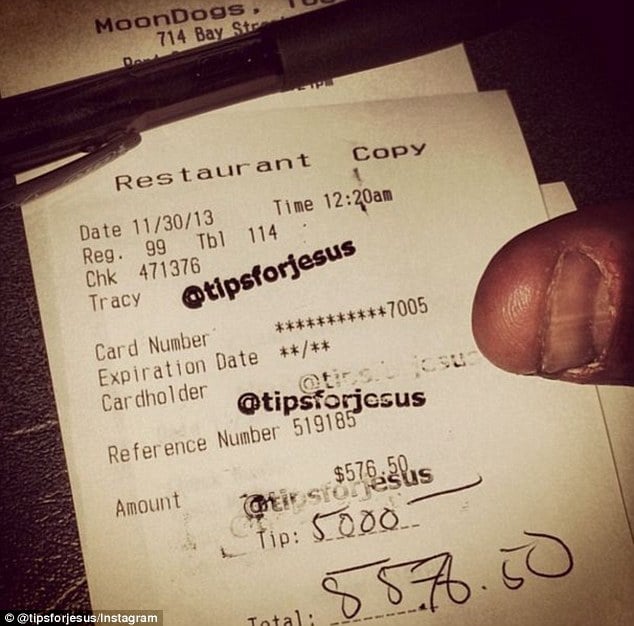 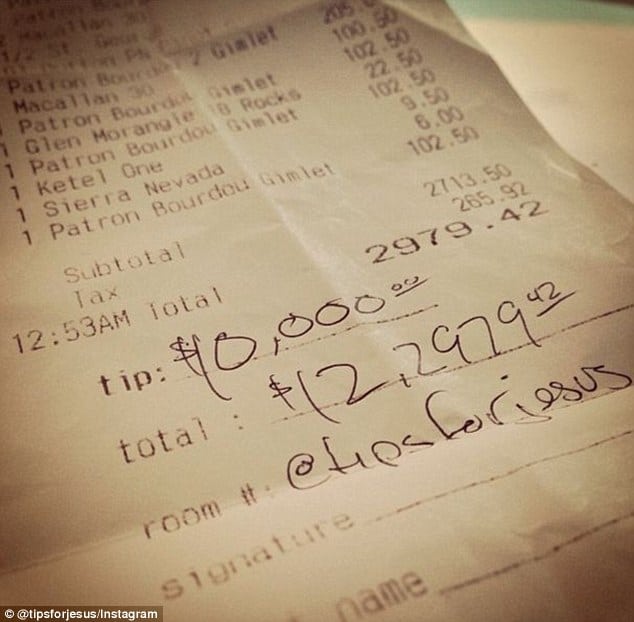 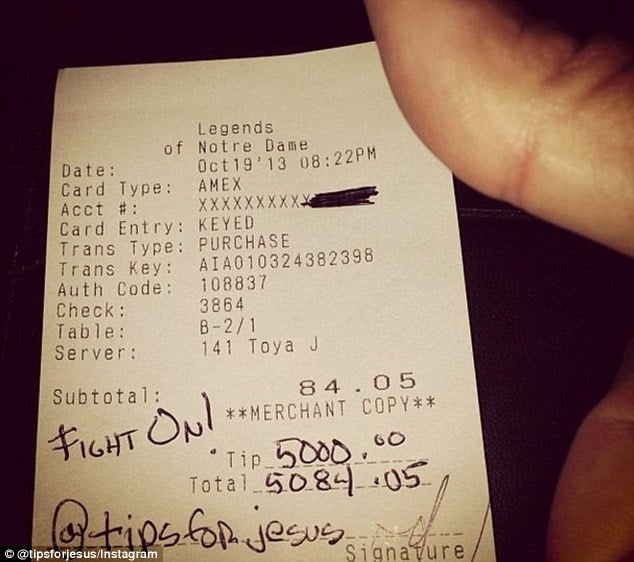