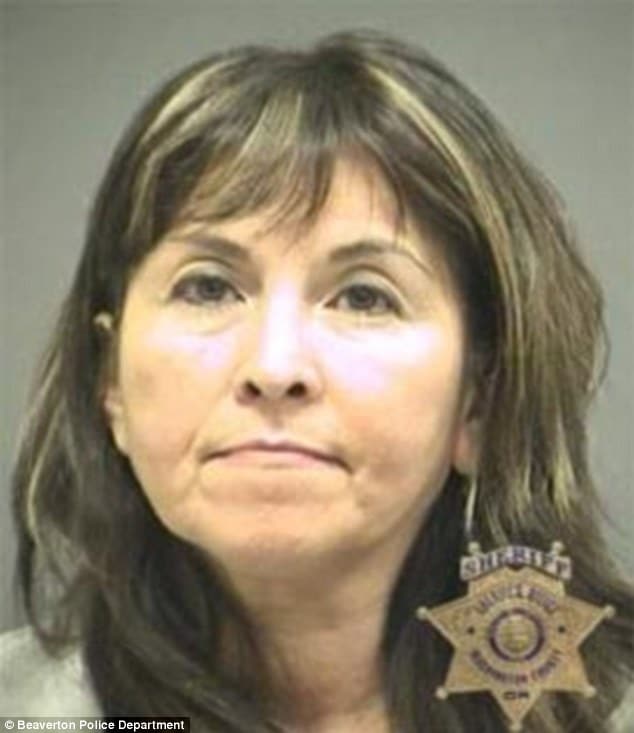 Talk about attitude! Maria Meracle has gone on to find herself in a whole bunch of shit after her ass went on to scrawl on a motorist’s window that she’s too rich to get in trouble. Not rich enough it seems…

Maria’s misery came to be earlier this month after allegedly vandalizing another woman’s car with lipstick after a parking dispute, and then telling the woman there was nothing police could do cause her ass was too rich.

The wet dream came to happen in a parking lot of a Fred Meyer grocery store in Beaverton, Oregon, when a woman reported that a Porsche SUV had parked extremely close to her ‘Mercedes Benz.’

Kids can you smell a nice delicious brouhaha developing….?

Chim told police that Meracle began yelling and cursing at her before she took out a tube of lipstick and used to write an incoherent message on the window of Chim’s Mercedes.

After the altercation, Chim got back into her vehicle and told Meracle that she was calling the police.

‘Chim told me that the female subject then yelled that she was rich and the police couldn’t do anything,’ according to an incident report obtained by KPTV.

But it gets better kids, cause it seems Chim reckons she’s rich enough to get your ass arrested at will.

When police arrived on the scene, Chim told told cops that she wanted Meracle arrested.

Asked to produce her driver’s license, the Porsche driver resisted.

Wrote one of the attending cops in a subsequent report: ‘The female subject was very curt with me and stated that somebody had parked inappropriately next to them.’

According to police, Meracle admitted that the other driver was in the space first, but said that she was there to pick up a big screen TV and wanted to be close to the store.

The arresting officer acknowledged in his report that Meracle’s Porsche had been backed into the disputed parking space, and that its left rear tire was a foot or more into the parking space where Chim had parked her Mercedes.

Meracle went on to be charged with harassment, criminal mischief and disorderly conduct.

According to KPTV, she admitted to writing on Chim’s window with lipstick, but think the crimes with which she’s been charged are too severe. 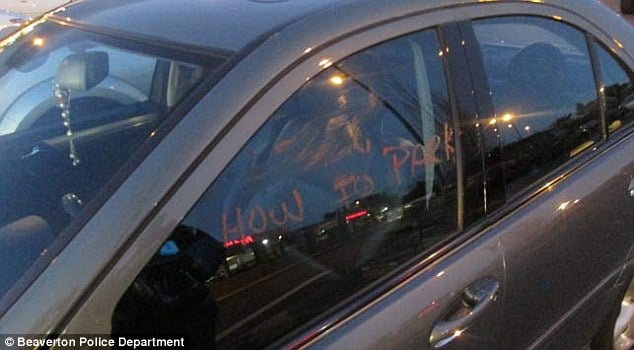