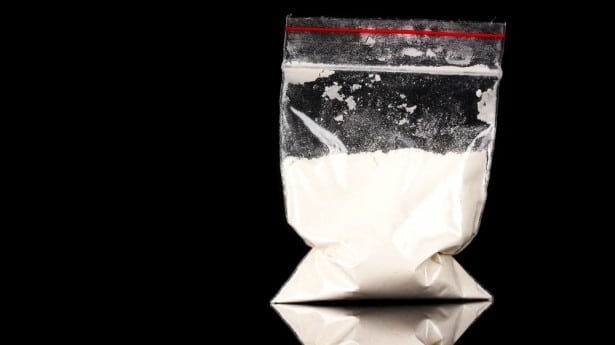 Annadel Cruz and her companion Alexander Bernstein have been released from jail after having been arrested for the trafficking of cocaine. Except the cocaine has now turned out to be soap instead, this despite the pair having been incarcerated for over a month.

The incident came to pass on November 13 on Interstate 78 in Lehigh County, PA when Cruz was detected driving 5 mph over the speed limit.

At the time, the arresting trooper told he smelled marijuana, to which Cruz admitted having smoked prior to leaving NYC.

Upon consenting to a search of her new Mercedez Benz, the trooper went on to find two brick size packaged covered in clear plastic wrap and red tape in a bag stowed in the trunk.

Cruz went on to insist the packages contained soap she’d made herself but after performing a field test, the trooper told he found the presence of cocaine.

Authorities went on to tell they found a small amount of marijuana in Cruz’s bra, and from there the pair were charged with possession with intent to deliver cocaine, possession of cocaine, conspiracy and possession of drug paraphernalia.

The pair went on to be jailed, where they remained until last week after charges were dropped after a state lab tested the packages and found they did not contain cocaine, only soap.

Opining that racial profiling may have led to the pair being jailed, Josh Karoly, an attorney for Bernstein went on to tell: “I think it is a nice car with out-of-state plates and a Hispanic female behind the wheel” that prompted the traffic stop. If it was me driving that car, this wouldn’t have happened.”

Went on to tell Robert Goldman, Cruz’s attorney: “After this, everyone should pause about jumping to conclusions when a field test is said to be positive by law enforcement,”

“There are people going to jail on high bail amounts based upon these field tests.”

Karoly has told he doubts the field test actually happened, or that the trooper may have lied about the results or performed it improperly.

“A young man spent a month in jail, spent a substantial amount of money to get out of jail and missed Thanksgiving with his 17-month-old son,” Karoly said. “To do that on a field test, we better be darn sure that these field tests are accurate.”

Cruz, a community college student with no prior criminal record, told she was upset that she had been identified as a drug dealer in national news reports.

“Her name is all over the place, making light of her defense that she was just transporting soap,” Goldman said. “She was labeled online as a drug dealer, she was incarcerated with people who do commit crimes. It’s going to take her a good deal of time to get her good name back.”

One might ought to wonder how long it might take for cops to get their name back too….?