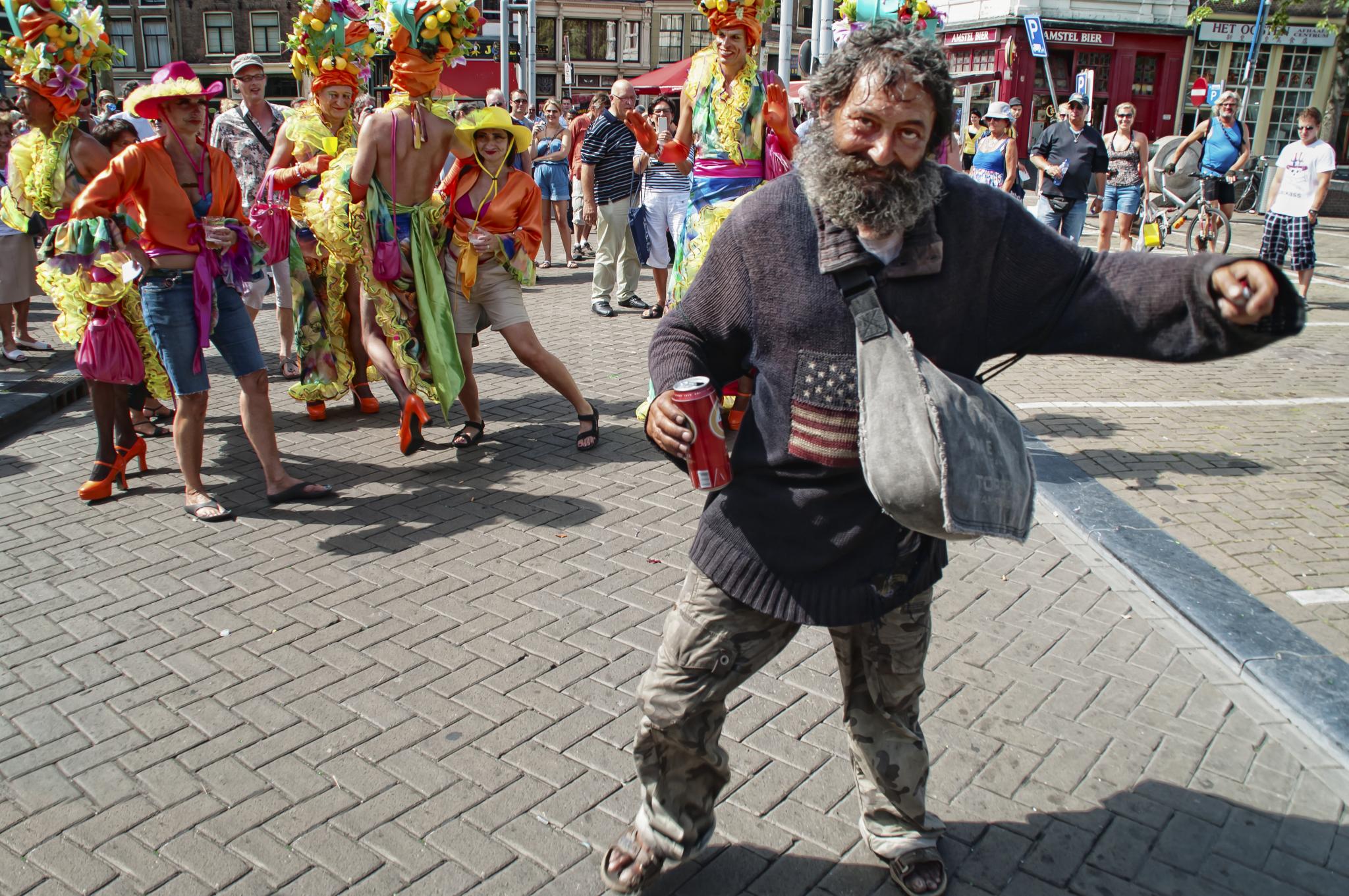 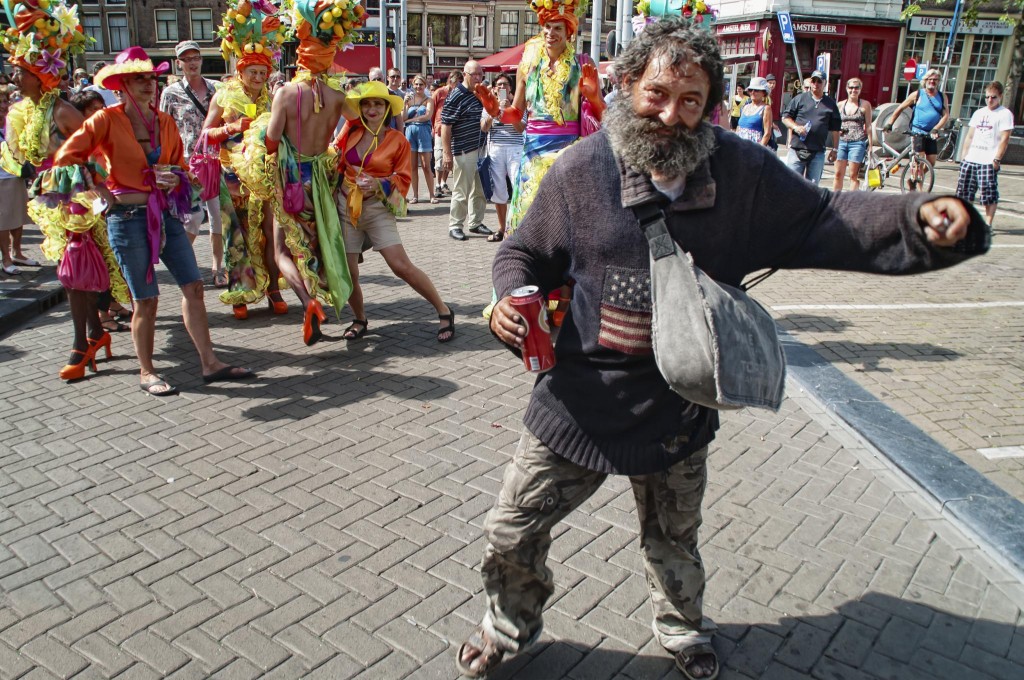 Being an alcoholic is hard work. It requires lots of drinking and then some which often leads to the awkward dilemma no one wants to hire your ass cause you’re always drunk or just too drunk to turn up to work.

Nevermind, Amsterdam authorities reckon they have come up with a novel idea of how to combat alcoholism on their home turf. They just pay seasoned alcoholics with more of the good shit.

Tells Fred Schiphorst, a long term unemployed alcoholic via the nytimes: “I’m not proud of being an alcoholic, but I am proud to have a job again,”

Who’s also grateful are city authorities who get to have beleaguered individuals like Fred tend to the dirty work in exchange for the stuff that keeps him in perpetual degeneration mode, beer.

The cleaning crew go on to tell the times are offered the plushness of a select branding on any given day, half a pack of rolling tobacco, free lunch and 10 euros a day, which comes out to $13.55.

Kids, tell me this isn’t the career move you weren’t aspiring towards?

Whilst some may wonder if the program, Rainbow Foundation, a largely government self funded entity, takes advantage of people with Fred’s addiction, the novel initiative is said to have become so popular that there is a long waiting list of chronic alcoholics eager to join the beer fueled cleaning teams.

Tells one supporter of the program, district mayor Fatima Elatik: ‘It is better, to give them something to do and restrict their drinking to a limited amount of beer with no hard alcohol.’

That said conservative members of the Amsterdam City Council have derided what they call the “beer project” as a waste of government money and a misguided extension of a culture of tolerance that has already made the city a mecca for marijuana users and spawned Europe’s best-known red-light district.

Non piqued by the criticism, Hans Wijnands, director of the Rainbow Foundation has gone on to tell that “it is becoming more fashionable to support repressive measures.”

The idea of providing alcoholics with beer in return for work, tells Wijnands, was first tried in Canada. It took off in the Netherlands in part because the country has traditionally shunned “zero tolerance” in response to addiction.

Amsterdam now has three districts running beer-for-work street cleaning programs, and a fourth discussing whether to follow suit. Other Dutch cities are looking into the idea, too.

The basic idea goes on to tell the nytimes is to extend to alcoholics an approach first developed to help heroin addicts, who have for years been provided with free methadone, a less dangerous substitute, in a controlled environment that provides access to health workers and counselors.

“If you just say, ‘Stop drinking and we will help you,’ it doesn’t work,” said Mr. Wijnands, whose foundation gets 80 percent of its financing from the state and runs four drug consumption rooms with free needles for hardened addicts. “But if you say, ‘I will give you work for a few cans of beer during the day,’ they like it.”

That said the cleaning teams are forbidden from drinking while out on the street, but Mr. Schiphorst and his work mates say they get enough beer before they set out in the morning and during their lunch break to keep them going. “This is my medicine; I need it to survive,”

Then there were the following comments on the web that caught my eye as well:

I find this concept exploitive and a major “cop out” on the part of the city of Amsterdam. Alcoholism is a mental disease, spiritual and physical disease. It destroys the body, soul & spirit. Sure, give up on the costs of rehabilitating & treating these people and make off of their disease on top of it…..disheartening!

These people know NOTHING about alcoholism. The cleaners should be in AA, not drinking free beer. they should be going to a noon meeting, not drinking two cans of beer. They will never get clean and sober this way. As stated, they continue to drink after work. Ten cans of beer per day will hasten the slippery slope at the end of addiction , not save them. It might only prolong the inevitable: long, expensive illnesses and very painful death. I am sunned that this article does not even mention AA.

The argument among the intellectually challenged seems to be, “You can’t expect alcoholics to just quit!” Okay, so why not pay them in MONEY instead? Then they can buy beer if they decide to not quit. But by paying them in beer you MAKE SURE they will never try to quit, because you keep fueling their addiction every week. An alcoholic in this “program” can never try going clean. Typical leftist idiocy.

One wonders if the whole program is exploitative of the beleaguered in society? If there was a real effort to assist these people, why not just pay them their proper wages and then tend them to seek counseling. In essence isn’t the program sanctioning acholism and copting a mechanism where such individuals can perpetually stay on the grog while the city gets the added plus of getting such individuals to do the dirty work that others would shun…?

Would you pay a meth addict with meth for their work? A pedophile with child pornography? You are just feeding an addiction and that goes nowhere but to a very bad end.