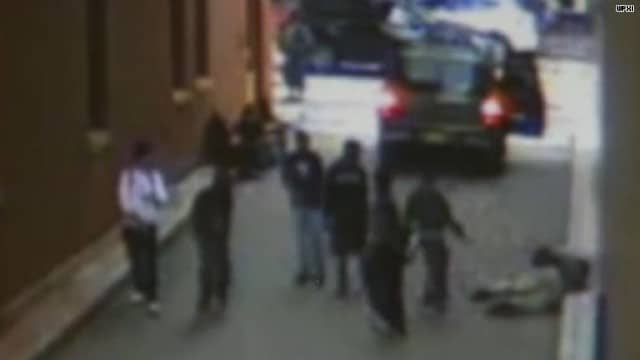 A new disturbing trend called the knockout game seems to be gathering momentum as the rise of indiscriminate violence remains unabated.

The premise of the game is simple. Bored teenagers sucker punching unwitting random passerbys who are then left to survive off their wits. The game is meant to elicit laughs but to date the game has also even killed unsuspecting individuals as well.

One individual who recently got invited to play in the knockout game, included random victim Phoebe Connolly of Washington, D.C. who went on to tell foxiness how she went on to endure a sucker punch from a member of a teenage group whilst she was riding her bike.

She recalled at the time of the sucker punch which fortunately she was able to endure she heard the teenagers laughing. Asked if they were laughing as a result of her receiving the king punch the girl told yes.

Interestingly the sixteen year old girl told she holds no grudges against the teenagers who she described as African American, going on to tell:  ‘“I ultimately, I’ve moved past it and I really have no hard feelings about what has happened.’

‘I see it as another reason to support our youth with activities and youth programs, which is actually what I do for work. It’s great to see teenagers do things when they are supported and empowered. —— No, they don’t need social programs – they need jail time.’

Reacted the dailycaller to Phoebe Connolly’s ample heart: Is this what we’re becoming as a country? Violent hooligans run rampant in our streets like out of some kind of dystopian fantasy and we all have to “move past” it and appreciate that they just need some more pointless after-school activities mostly funded by wasted taxpayer dollars that could have gone to police budgets?

Goes on to tell nbcsandiego:  Cases of “knockout” have been reported around the country, with many of the assaults caught on camera in places like New Jersey, Missouri, Philadelphia and Washington, D.C.

In Pittsburg, a teacher suffered life-threatening injuries from a “knockout” punch. In Chicago, a 62-year-old grandfather was actually killed from injuries sustained in an attack linked to the dangerous game.

Earlier this month, a 78-year-old woman fell victim to the game in Brooklyn, making her the ninth reported “knockout” victim in New York. Authorities in New York have been investigating the incidents as hate crimes.

The alarming trend began gaining national attention in May after a group of teenagers in Syracuse, N.Y., allegedly knocked out a 51-year-old man and stomped on him. The man died from his injuries.

At present it isn’t entirely sure why the knockdown game has caught on so favorably amongst various youth and what this necessarily suggest about youth culture at large or why for that matter it has caught on, and perhaps more ominously if this is a game filled with reverse racism angst.

Then there was these reflection on the web that made me wonder too: That is not reasoning. It is insanity. Or racism. She seems to believe that black teenagers are in need of something completely different then white teenagers to keep them from turning to extreme violence as an amusement.

Dear NBC, Get you stories correct please. The knockout game is a scary dangerous race/hate crime invented and perpetrated by ghetto black youths against unsuspecting defenseless white men, women and elders. NBC Don’t Sugar coat these issues when you have had no problem in the past claiming events like Travon Martins death are a race driven issue. Zimmerman is and always has been self described Latino and actually appears to be Latino regardless of his mix. Its sad when you, NBC, rolled it out like it was a white on black crime like all other news agencies did. But when actual black on white crimes are occurring during a heinous game named by these ghetto youths as “knockout” that is nothing short of deadly and you put out a continental breakfast of a story like this ignoring the pertinent facts. This is wrong, misleading and shows your blatant lack of integrity by not reporting the news as it is. The contradiction between these two instances is irresponsible and lacking journalistic integrity. SAD SAD SAD.