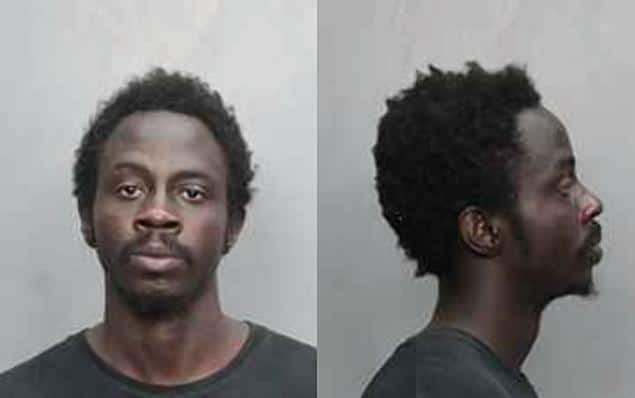 A Florida police department is facing the prospect of racial profiling charges after Earl Sampson, an African American went on to tell that he had been stopped no short of 258 times at the convenience store where he works by cops.

Sampson went on to tell how records show he has been stopped by Miami Gardens police at least once a week for four years, searched more than 100 times, jailed 56 times and arrested for trespassing 62 times.

In the end the only conviction Earl Sampson has received was one for marijuana possession.

Told the man’s boss, Alex Saleh: “They created this record,”

Saleh now plans to present a civil rights suit against the city’s police department and mayor next week after installing security cameras to monitor police’s activity in and outside his store.

Saleh went on to note that it’s not just Earl Sampson who is being stopped but his other employees and customers as well.

Footage since obtained by the Miami Herald is described by Saleh as beyond legal but disturbing as well.

During one of Sampson’s arrests, Sampson is seen refilling a refrigerator cooler when cops approach him.

“So he has more power than me!”

But according to Saleh shit only got worse….

In addition to video appearing to show Sampson being grabbed by an officer while taking out the trash and at another time searched against a wall, Saleh accuses them of searching throughout his store without a warrant.

“One officer asked me, ‘Can I use the restroom?'” he said of one incident allegedly caught on camera. “He opened the restroom door … he decided to go walk in coolers to commit a search.”

After seeing the footage Saleh said he contacted the police and was told that there was no search warrant issued for his business’s location.

The police allegedly told him, “‘Oh, we’ll open an investigation.’ It’s been 15 months!”

Saleh has since identified the tension between cops and the community being the result of a city drenched high in crime.

He also blames it on a “zero-tolerance” program enacted by the police department. The program allows officers to arrest anyone for trespassing if seen on a property that is closed and the owner is not there told Saleh.

Ironically as a business owner, Saleh himself signed up for it, but has since gone on to regret that decision.

“It is illegal. They created a policy that’s illegal,” he said.

The business owner has also gone on to claim that most of the trespassing arrests are when his store is open and when he’s there.

“They’re just stopping anybody who walks in the city or who comes into my store,”

“You can’t violate people’s rights just by standing in front of a business. You have no right to pull me against the wall and search me and question me for no reason.”

Chief Matthew Boyd has since told “the department is committed to serving and protecting the citizens and businesses in the city.”

At present what is not necessarily being understood is if this is necessarily an explicit attempt to racially profile those individuals who cops deem as a risk or if an oppressive mandate to curtail crime has led to wider scope of action? That said one is inclined to wonder why that too would entail bringing to account a single individual 258 times who has only been convicted a solitary time?