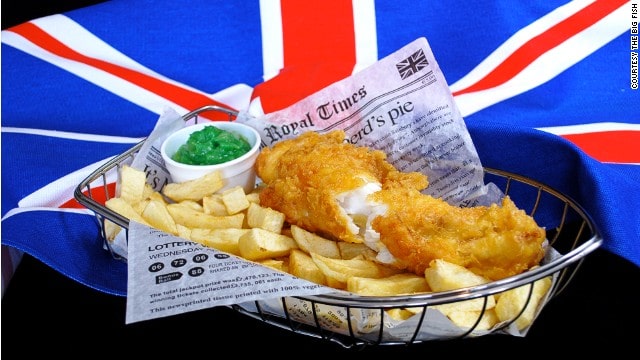 UK pensioner David Jeffries, 66 has gone on to tell that he considers health experts advice on health and longevity as ‘rubbish.’

To prove it Jeffries describes how he’s managed to retain optimal fitness whilst still smoking up to 50 cigarettes a day and loading up on all his favorite salty fatty foods.

According to the UK’s dailymail the svelte pensioner tells how he avoids all fruits and vegetables and how he has survived over the course of the last ten years on nothing but his ‘traditional’ meal of fish and chips, steak and kidney pies, roast beef, sausage, and eggs and chips. And of course his 50 cigarettes a day.

Told the pensioner: ‘I never listen to experts. The world is full of them – and that’s why we’re in such a mess,’

‘I hate the taste of fresh fruit and vegetables, I find them tasteless.

‘The only way to make vegetables taste of anything is to put salt on them, and the experts say salt is bad for you, too.’

That said, Jeffries does ascribe to physical exertion (which might be the secret to a long and healthy life) by telling that he runs in his living room every day to music and tending to his garden.

Goes on to tell the David Jeffries: ‘I’m one of the fittest pensioners going,’

‘I sit in my armchair, put on some loud obnoxious music and I just punch and kick the air for around 20 minutes. It’s quite something to witness and people don’t understand what I’m doing, but it works all my joints and muscles and I think its the secret to my great physical form.

‘I do this as often as I can, and after just a 20 minute blast I can feel my neck muscles, arms, legs, have all had a good workout and it certainly gets the blood flowing.

‘Then every morning I run the quarter of a mile down to the shop to get a newspaper.

‘I don’t get out of breath. I have tinitus, so I can hear the pulse in my ear, and when I stop after a nice jog, I listen to my pulse it’s barely raised.’

That said, the pensioner who has been married for 42 years admits his tastes became fussier after he suffered two heart attacks 10 years ago.

However, despite curbing his taste in sweets and cakes, he said the attacks made him feel even younger.

‘I actually died for a few seconds in the back of the ambulance and had to be resucitated,’ he said.

‘I had a blockage in my artery that was hereditary. It was nothing to do with my diet or the cigarettes.

‘Since the heart attacks I feel younger than ever. I feel like I have been reborn.’

Aas a child David Jeffries tells how he would often eat fruit and vegetables.

‘We would eat whatever was available,’ he told.

‘Fruit and veg were a lot cheaper back then. I used to like bubble and squeak with the fried potato and vegetables, but not anymore.

‘They don’t taste the same as they used to.

‘Besides, a little of what you fancy does you good. It hasn’t done me any harm.’

David believes that obesity is nothing more than an evolutionary change, and experts should stop interfering in peoples’ diets.

Argues Jeffries: ‘We are told we evolved from apes,’

‘But where is it written that we will remain as we are today?

‘We could evolve into 30-stone monsters and there is nothing that we can do about it!’

Yet not everyone is smitten with David Jeffries choice of lifestyle and diet. Told Nigel Penny, Lecturer in Applied Human Physiology at Birmingham City University’s Faculty of Health: ‘I would definitely not recommend anyone pursue a diet like David’s.

‘I think the facts speak for themselves. The fact he had two heart attacks 10 years ago is largely due to following such a diet, rather than a hereditary predisposition.

‘Although, he could have been genetically predisposed to an increased risk of coronary artery disease, had he not followed such a diet he may well have not had heart disease or heart attacks in his mid 50s.’

Then there was this comment that brought a rueful smile from this author:

Don’t know why this story is in the papers, 66 is no age now days, and if he has already had two heart attacks, he is hardly a poster boy for his unhealthy lifestyle. If he was 100, then it would be a story, l doubt if we will be reading that if he keeps this up.